Collection of Six Rare Ferrari Convertibles Worth Up to $8.3M Headed to Auction

What a good time to be filthy rich. 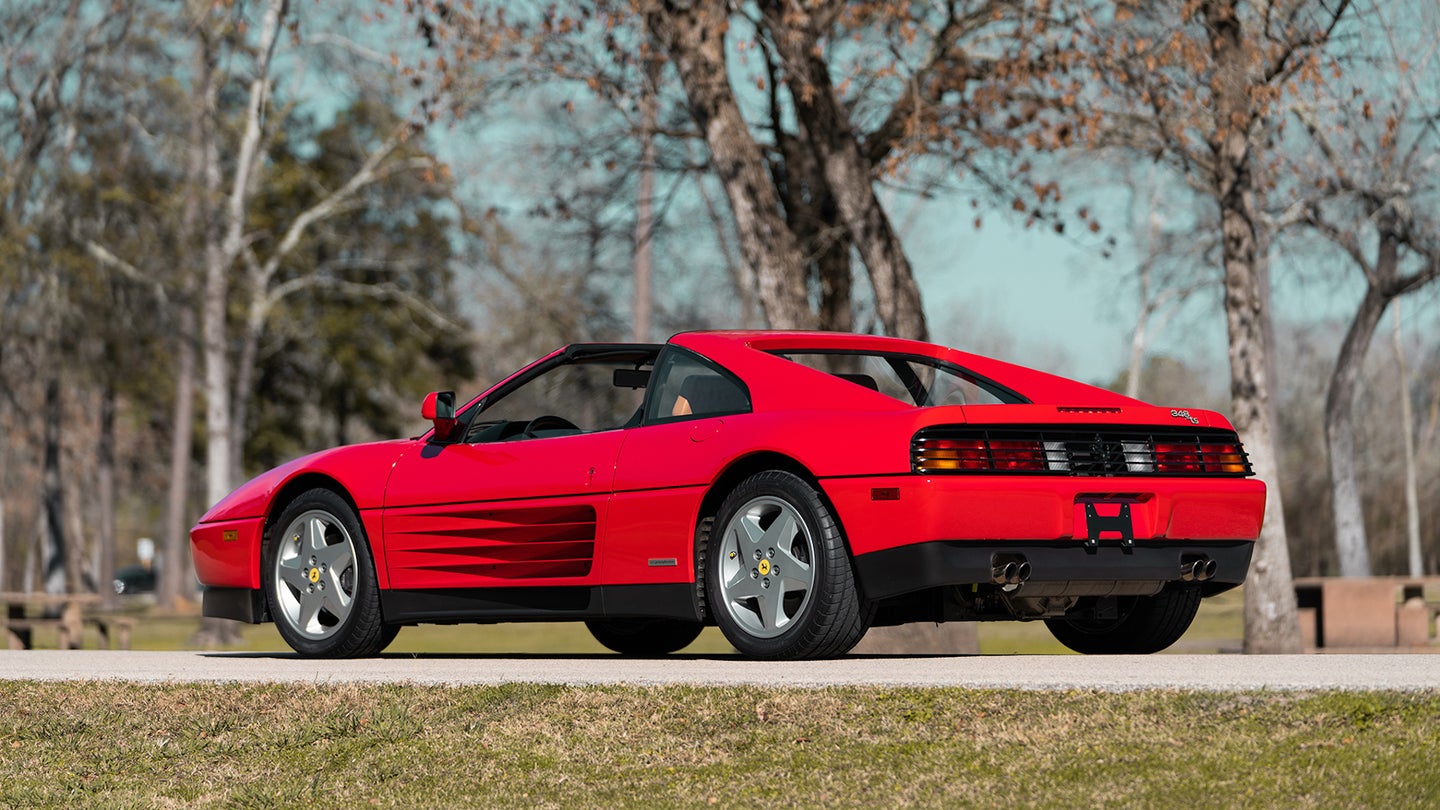 This coming January, auction consignor Gooding & Company will host its annual Scottsdale, Arizona collector car sale. Among the highlights of 2020's event will be half a dozen notable Ferrari convertibles, some of them period icons, some of them coveted rarities, together valued as high as $8.3 million.

While the three least bank-breaking models (a 348 TS, a 308 GTS QV, and a 550 Barchetta) are worthy of mention, their combined estimated value of up to $700,000 makes them the minnows of this sale. Below are the collection's heavy hitters, which together boast an estimated value of as much as $7.6 million. Let's take a quick look at why each is worth big bucks.

The Ferrari 250's vast family tree branched in Pininfarina's direction four times—twice for coupes, twice for cabriolets. This 250 GT resulted from the latter run of soft-top 250s and featured a lightweight, 3.0-liter "Colombo" V12 that made it nimbler than almost anything produced at the turn of the decade. Only 212 are thought to have been made, and for those reasons, Gooding & Company forecasts a hammer price of between $1.3 million and $1.5 million for this Maranello masterpiece.

The Ferrari 365 GTB/4—unofficially known as the Daytona—may share a body style, Pininfarina origins, and the "Colombo" V12 (in 4.4-liter guise) with the 250 above, but this is less of a sports car and more a purpose-built grand tourer. Known to most as the hero car in early seasons of Miami Vice, this Daytona has secondhand film industry provenance of its own, courtesy of its past ownership by filmmaker Sydney Pollack. His films aren't well-remembered today, but his car is: It's expected to sell for between $2.2 million and $2.5 million.

Built to commemorate Ferrari's semicentenary, the F50 was said to have been designed as a road-legal approximation of a Formula 1 car. Those who have driven one don't seem to agree with Maranello on that matter, but that didn't bar the F50 from becoming a benchmark supercar and a milestone Ferrari. Just 349 were built, only 55 of which were sold in the United States, and this example is expected to command a hammer price in accordance with its rarity, between $3.2 million and $3.5 million. That's not to say it couldn't blow its estimate out of the water, like a Ferrari FXX-K did last month.