This white and black specimen is just one-of-six Sergios ever created, and it has only covered 78 miles since new. 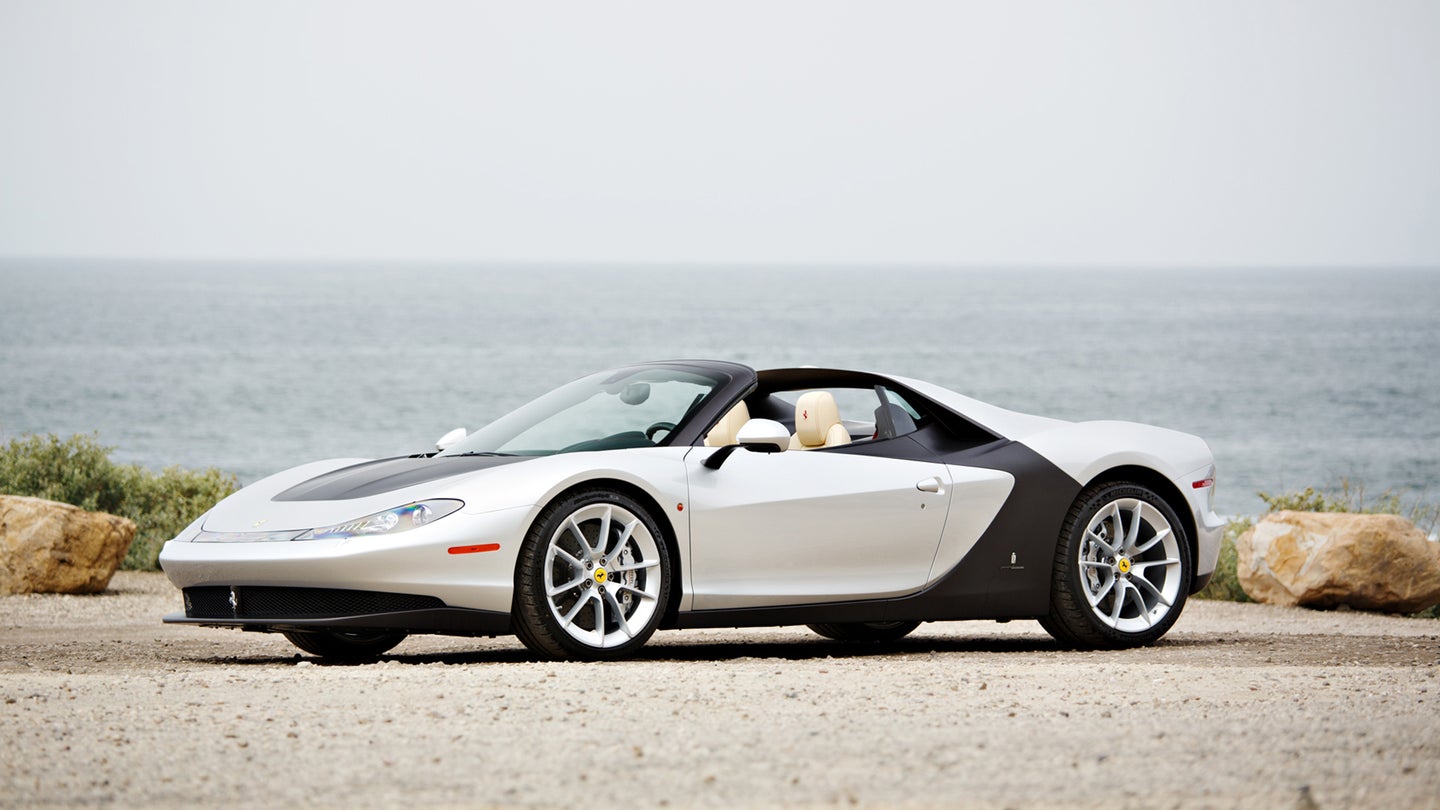 We’re coming on the heels of the world-famous Monterey Car Week, which means that the greatest auction houses are preparing to sell some of history’s greatest automotive specimens. Such includes one of the latest cars to hit be hitting the Gooding & Company auction block in just two short weeks: an incredibly rare 2014 Ferrari Sergio.

Built to celebrate the 85th anniversary of Pininfarina, the 2014 Ferrari Sergio is essentially a uniquely bodied 458 Speciale Aperta, featuring exterior and interior coachwork by the renowned Italian design firm. It’s one of only six in existence and will be up for sale by an anonymous, but seasoned Le Mans racing veteran and car collector through Gooding & Co.

The Ferrari Sergio itself not only honors the legendary founder of Pininfarina, but it’s also pays homage to the classic Barchettas from Ferrari’s earlier years. Thus, when the Pininfarina Sergio Concept was initially revealed, it featured no fixed or folding roof and was also void any windshield. But because of safety regulations, the six production models feature a fixed windshield.

It was originally designed as a concept, but due to the passing of Sergio Pininfarina, the design firm’s founder, the company decided to produce an extremely limited number of cars in collaboration with Ferrari in October of 2014.

Under the hood is the same naturally aspirated 4.5-liter V8 as the standard 458 Italia, but finessed to churn out 597 horsepower and 398 pound-feet of torque, versus the normal car’s 562 horses. With a seven-speed dual-clutch transmission, at one point, the 458 Special Aperta was the fastest road-going production Ferrari hitting 62 miles per hour in just three seconds flat with a top speed of 199 mph. But then the LaFerrari entered production and ruined Sergio's party. The rare Sergio also inherits the Speciale Aperta’s electronically operated roof, which helped it reduce weight and lowered the center of gravity.