It’s the real-deal, factory-built race car—but is it worth the exorbitant price tag? 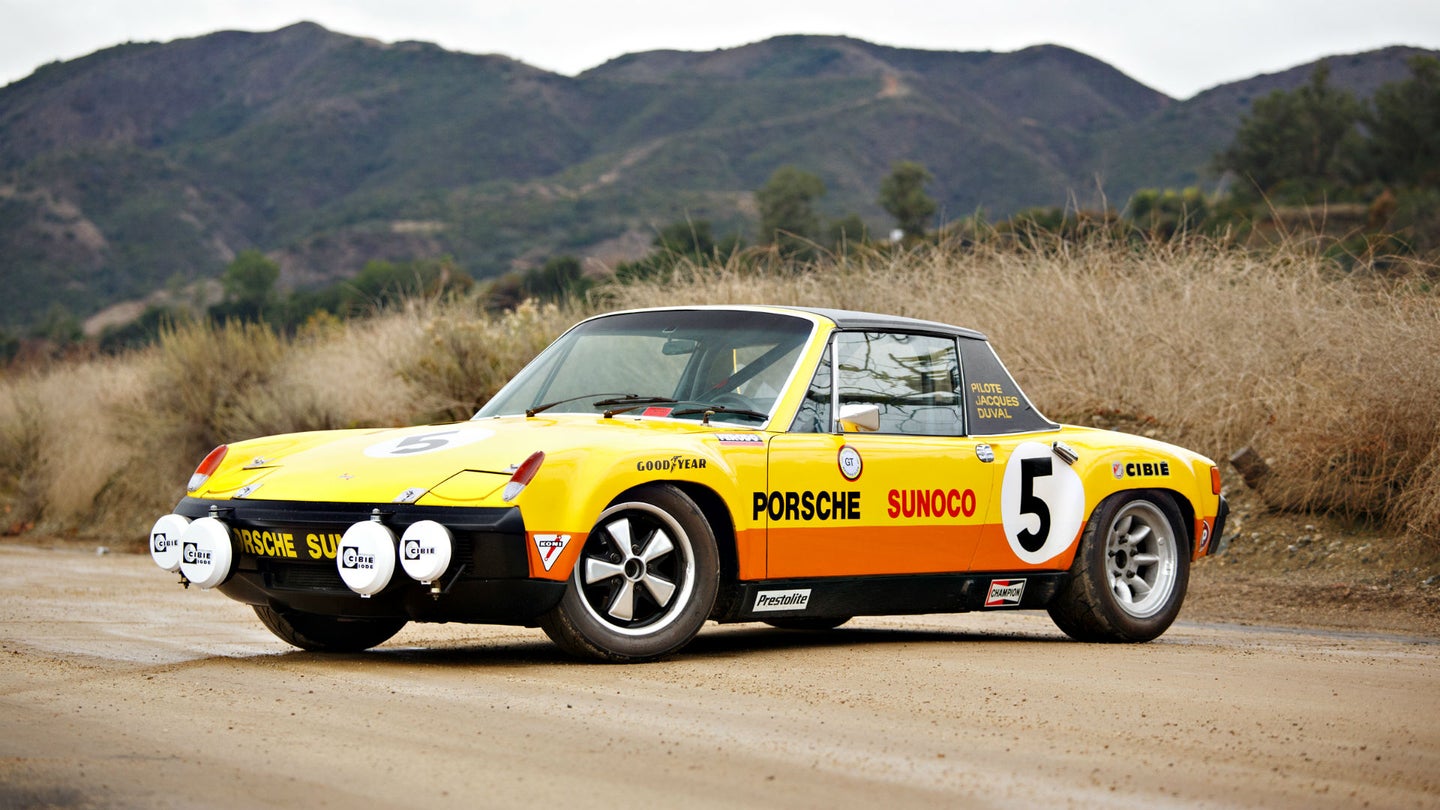 The series of auctions in Scottsdale, Arizona, this week has seen a number of high-profile vehicles change hands, from a huge collection of cars owned by Paul Walker to the replica Ferrari featured in Ferris Bueller's Day Off. The most surprising result however was a rare Porsche 914/GT that sold for $995,000 at the Gooding & Co. auction.

This 1970 914/6 GT actually failed to meet its estimated price of $1-1.3 million, but it's now the most valuable 914 ever. That's because this is one of just 16 works 914/6 GTs built specifically by Porsche's racing division for competition. Other GTs exist, but those started life as production 914/6s and were later upgraded to GT spec by their owners. This is the real deal—a bona fide, factory-built 914 racecar.

The real 914/6 GT was never a puppy dog, entry-level Porsche like the regular 914 was marketed as. Hiding a racing-spec 2.0-liter flat-six, lighter fiberglass exterior panels, and enlarged fender flares to cover wider Fuchs wheels, the 914/6 GT could hang with the big boy 911s—and it did. The GT made its racing debut at the 1970 24 Hours of Le Mans, placing first in class and sixth overall, just five places behind the 917K that gave Porsche its first full victory at Le Mans. These souped-up 914s would continue to see success in endurance races, American IMSA championships, and rallies in 1970 and '71.

This example, chassis 914 043 1017, first raced at the 24 Hours of Daytona at the hands of Porsche collector and racer Jacques Duval. There, it won its class and finished seventh overall. It would go on to achieve a fourth-in-class finish at the 12 Hours of Sebring, overall victory at the Six Hours of St. Croix, and another class victory in the Carnival at the Three Rivers sprint race, the final event in its racing career. Even with its short competitive stint, 1017's collection of wins and podiums has made it one of the most successful 914s ever campaigned. According to Hagerty, this is the main reason for its tremendous value, coupled with its originality and rarity.

Since its retirement, chassis 1017 has spent some quality time at Porsche Club of America events while also going on display at Rennsport Reunion III and the 2015 Amelia Island Concours d'Elegance. Hopefully its new owner will continue the Porsche tradition.

Collection of Six Rare Ferrari Convertibles Worth Up to $8.3M Headed to Auction

What a good time to be filthy rich.