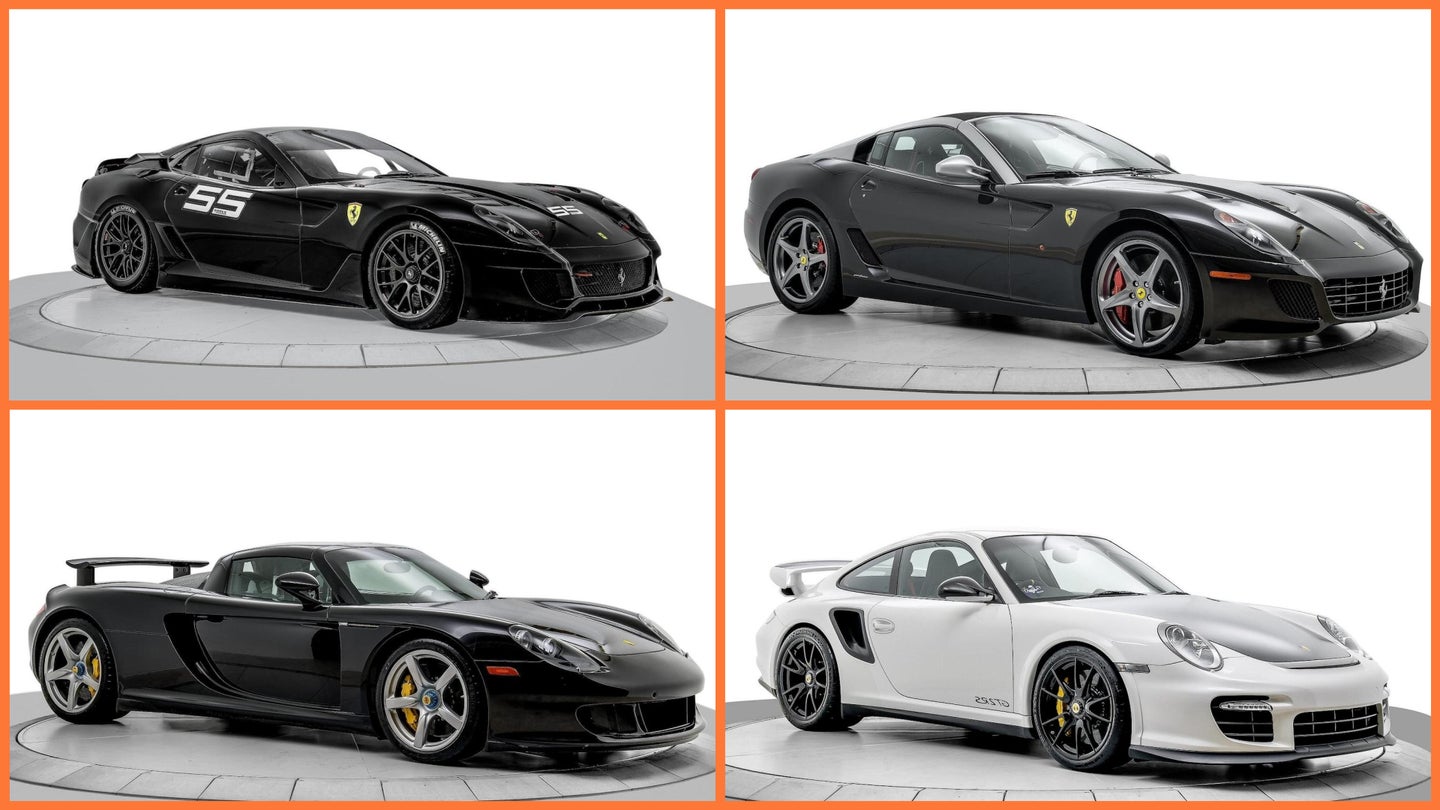 Scott Tucker spent the better part of two decades defrauding and fleecing people through his payday loan businesses, but the shady operations eventually cost him his freedom. After his arrest in 2016, Tucker and his associates were ordered to repay nearly $1.3 billion to victims of his schemes. A large portion of that money will come from the auctioning off of assets seized by the government, and for a former racer, that means cars. Rare, expensive cars.

This isn’t your typical Bring a Trailer auction. There are four cars that we rarely see outside of climate-controlled garages: A 2011 Ferrari 599 S Aperta, 2011 Ferrari 599XX, 2011 Porsche 911 GT2 RS, and a 2005 Porsche Carrera GT. The combined values of the exotics easily surpass $2 million. The supercar quartet will be auctioned off in a standalone event—a bold move for just four cars—but when you consider that the GT2 RS could sell for $500,000 on its own the idea doesn’t seem so crazy.

Tucker had a checkered history in business but ultimately ended up in prison after being convicted of running a corrupt payday loan operation. He and his associates charged up to 1,000 percent interest in some cases, much of which came from Native Americans living on reservations and other people struggling to make ends meet. He is currently serving a 16-year prison sentence in Leavenworth Penitentiary in Kansas, where he landed after his conviction. The cars were seized after Tucker’s arrest, and are said to have been funded by proceeds from the dirty businesses.

The auction is set to take place on Feb. 5 at The Circuit of the Americas track in Austin, Texas. Department of Justice officials say that they have so far been able to return over half a billion dollars to Tucker’s victims, and proceeds from the auctions will be added to the pool of money recovered from the sale of other seized assets. Tucker is scheduled for release in 2032, but there's a good chance his next ride won't be a Ferrari or Porsche.