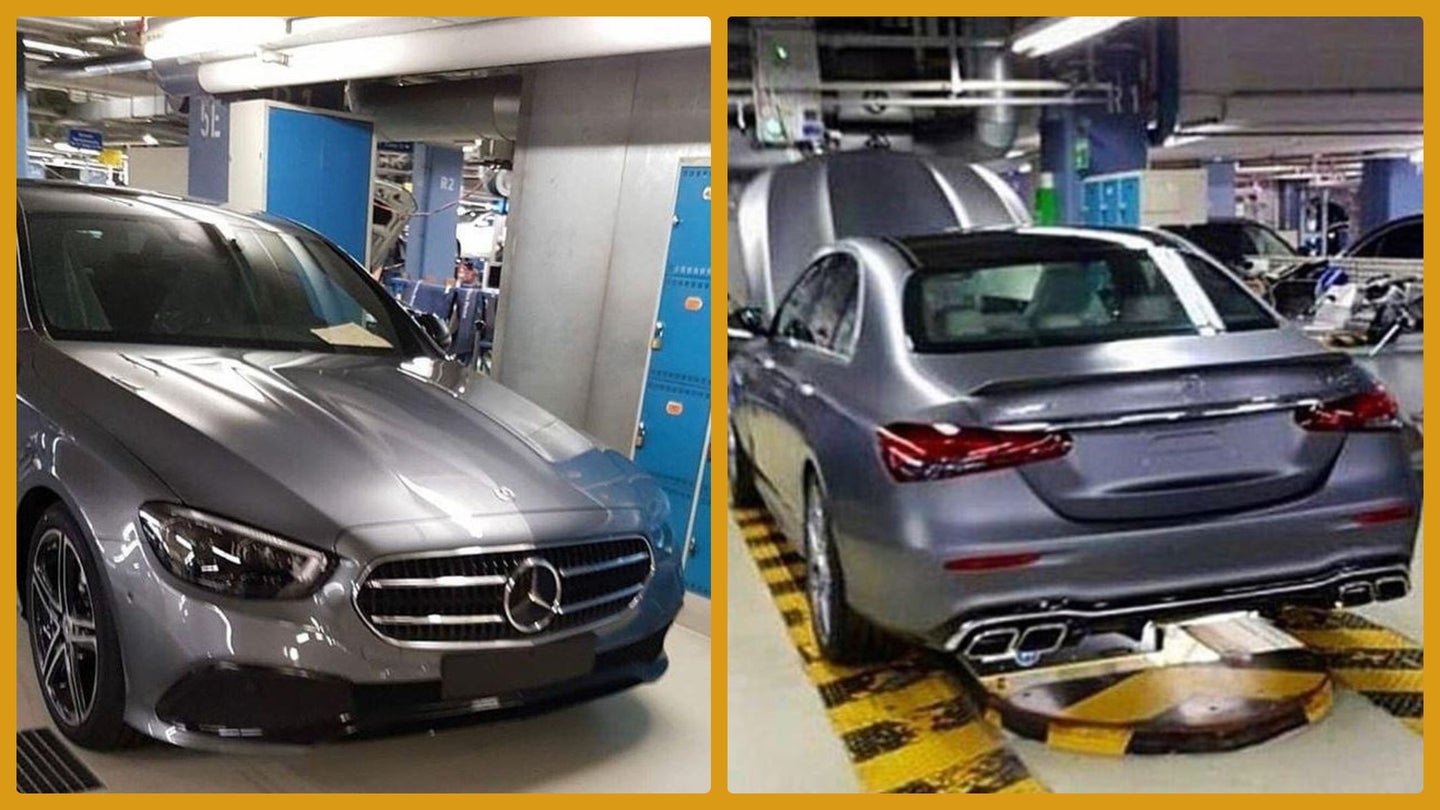 The current-generation Mercedes-Benz E-Class debuted in 2016 as a 2017 model year, which means it's due for a mid-cycle refresh. Thanks to spy photos allegedly taken on the factory floor that were posted to Instagram, we have a pretty good idea of what it'll look like way before we're supposed to. Like an edgy comedy club, these German auto plants really need to start collecting people's phones at the door.

Seen on CocheSpias, Merc's revised E-Class gets new headlights and taillights that change its look almost enough to make casual observers mistake it for an all-new model. Its front end is now more angular, scowly, and softly reminiscent of the new CLS and AMG GT 4-Door's fascias while the new rear end now resembles an upmarket version of the A-Class sedan...or Hyundai's Sonata circa 2013.

It's hard to make out the badges on the back of the gray car but judging from the wheels, blacked-out lower grille, and quad exhaust finishers, this is probably an AMG-variant E-Class of some caliber, as is the black car based on its vertical-slatted Panamericana grille.

As for changes under the skin, it's unclear whether the mid-size Benz will get any new and possibly electrified engine choices but it's a pretty safe assumption that its interior will integrate the company's latest version of MBUX infotainment as well as the obligatory improvements in assisted-driving tech.

Also unclear is when exactly Mercedes plans on officially unveiling this refreshed E-Class but when it does, we'll be sure to bring you all the details.

Lost all downforce, yo.