Mercedes’ flagship sedan is back for its seventh generation with more comfort, safety and driver assistance features than ever before.

Rarely is a new luxury car reveal anything to get excited about. Plenty of marketing jargon gets tossed around to fill gaps in actual technological updates, the leather has been sourced from some new, even more exclusive cow and to top it all off, the price puts the vehicle even more out of reach. It's boring, it's where PR folks really earn their pay and usually, eyes roll.

The new 2021 Mercedes-Benz S-Class—and I'm not just saying this because Mercedes mailed me a few muffins for some reason—is a car worth getting excited about. Not only because it will be interesting to see if all its high-tech luxury and driver assistance features work when it's inevitably sold on the side of a busy New Jersey highway for $9,500 in 15 years, but because the promises Mercedes is making are so ahead of anything else on the market today that I have some trouble believing they're about to be realized in a production car.

Not only are these new features enough to make a certain electric carmaker sweat, they'll come with a level of confidence and refinement that leaves the user feeling like they're not being beta-tested on. Let me show you some of it.

First, I'll address the obvious: the 2021 S-Class looks a lot like the old model from the outside, and it still retains a more recognizable three-box silhouette than most sedans left on the market. However, a closer look reveals a redesigned front fascia with sharper headlights and a flatter hood and sides; the rear end sees the biggest change, with a set of triangular tail lights that are sure to spark a few hot takes. But S-Class exterior design this century has been mostly evolutionary, and there's no departure from that trend here. What has changed is the size; the 2021 car is bigger in all regards (+1 inch length, +2 inches width, +0.5 inches height).

Inside, the large center touchscreen floating above the dash is even more interesting than it appears, and indeed, much of the interior is. The 12.8-inch OLED touchscreen is not quite Tesla-sized, however, it more than makes up for that with all of the technology crammed into it. Most of the vehicle's comfort parameters can be adjusted from it, it has the latest Mercedes Benz User Experience system and the "Hey, Mercedes" voice command system (now accessible from every seat, and it will know who in the car is asking for something) built into the infotainment is both capable and a good way to keep your eyes on the road. The 12.3-inch digital instrument cluster also uses eye-tracking to give it the effect of having three-dimensional depth.

And you'll want to keep your eyes on the road, because the new heads-up display projected onto the windshield is impressive as well. Navigation instructions aren't just thrown up in pathetic 2D like they are on other HUD-equipped cars, oh no. The system once again uses eye-tracking to guide the driver down their route in real time and display augmented reality directions.

That driving is also made easier by Mercedes' "Drive Pilot" hands-free driving system. Although it isn't available yet, it will be soon. But many other assistance features, such as a smartphone-enabled system similar to Tesla's "Summon," and a self-parking system like Hyundai's "Smart Park" are available now depending on your location.

Driving is not just made easier by the new digital systems, though. The S-Class is now equipped with rear-steering which enables the rear wheels to turn up to an impressive ten degrees. This tightens the vehicle's turning circle by 6.2 feet, and also allows greater high-speed stability during fast maneuvers on the highway.

The car's drivetrain options seem like much of the same at a first glance. Mercedes says that in the United States, the car will launch with the brand's mild-hybrid 3.0-liter inline-six making 429 horsepower or its now-ubiquitous 4.0-liter, twin-turbocharged V8 making 496-hp. That's not the whole story, however. Mercedes promises a plug-in hybrid model with 61-miles of all-electric range, and also a forthcoming pure EV version with an impressive—and frankly hard to believe—434 miles of range. That beats anything any other automaker—including Tesla—currently has to offer.

That level of innovation continues on the suspension. The standard air suspension is combined with active hydraulic damping to form the latest version of Mercedes' active body control. It a 48-volt system that can adjust itself 1,000 times per second and lean into corners by as much as three degrees, purely for a minor reduction in body roll and lateral forces and, therefore, increased comfort.

The suspension also contributes to the vehicle's passenger safety systems. If the car detects an impending impact on the left or right side, it will raise that side of the vehicle with the suspension, directing the impact away from the passengers and into the more crash-resistant lower portion of the frame. This is all done very quickly.

The S-class also incorporates airbags built into the backs of the driver and passenger's seat which help protect those in the back. This, combined with the myriad of other active safety features, make the S-class a very safe place to be.

And typically, talking about the vehicle's drag coefficient would be a bit of window dressing in an article about a luxury car, however, the new S-class's drag coefficient of just .22 makes it more streamlined than a Prius Prime. This streamlining also contributes to the almost eerie quiet inside the vehicle. Mercedes won't say exactly how quiet is yet, but they do tell us that it's even more silent than the outgoing model.

Along with the silence, the car's other more conventional luxury features such as the sound system, seats, upholstery, etc are all beyond what you would expect. In the press release, Mercedes go into positively mind-numbing detail concerning every facet of the vehicle's luxury appointments, including the seat's massage settings (which the brand calls "Energizing Comfort programs"), the number of vibration motors and fans in the seats (four and five, respectively) and how long one of these massages might last (between eight and 18 minutes).

You'll also find a bibles-worth of other detailed information concerning the car's optional 30-speaker, 1,750-watt (around two and a half horsepower!) "4D" sound system, optional scents you can get piped into the cabin, and other frivolities that even Rolls-Royce has yet to conceive.

It's mechanically impressive, bound to be expensive and technologically awesome in ways that will likely only be truly realized once these cars actually hit the road. And seeing how the S-Class' features tend to gradually seep into the rest of Mercedes lineup—and therefore the lineups of their competitors—it won't be long before we see some of these new features pop up elsewhere. It will certainly happen sooner than we think. 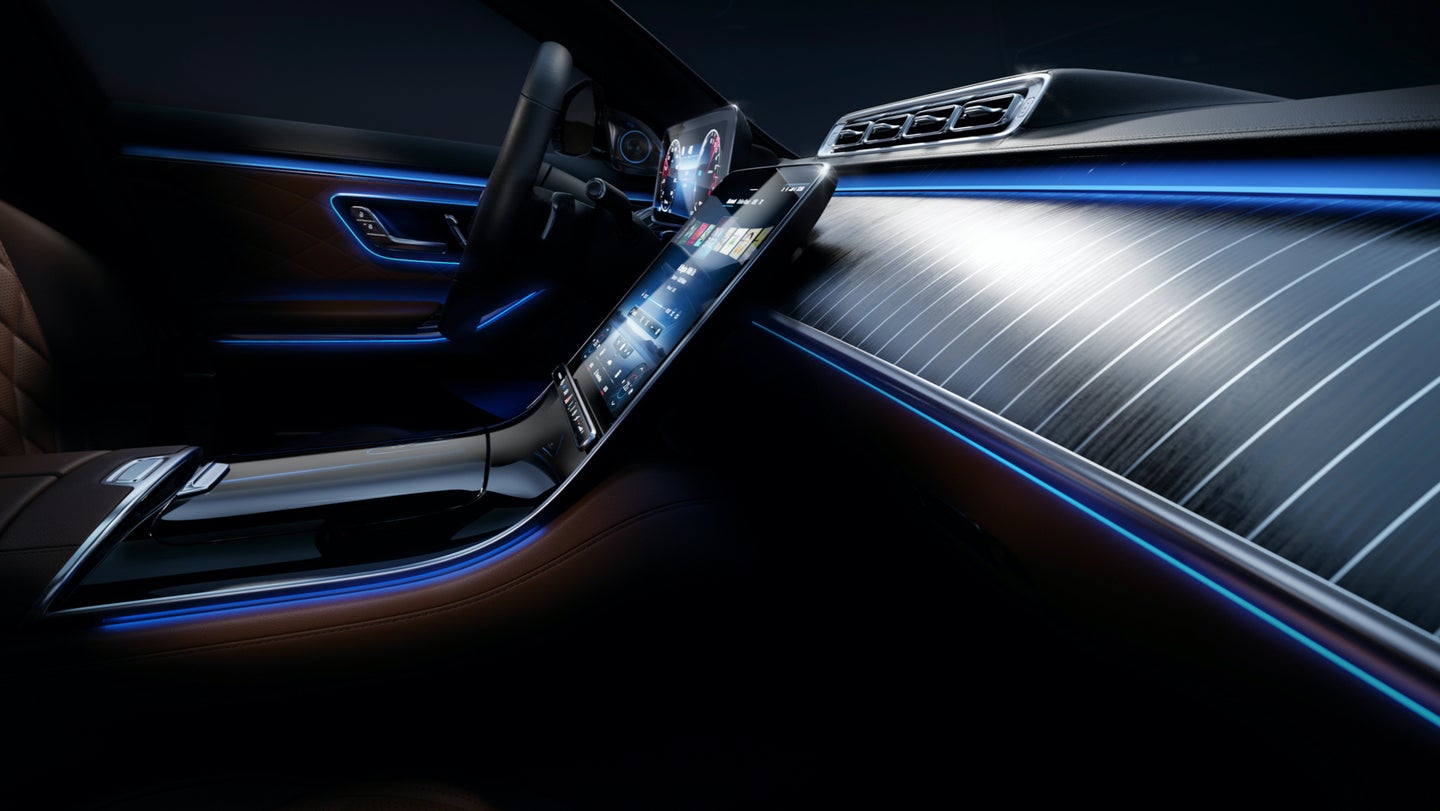 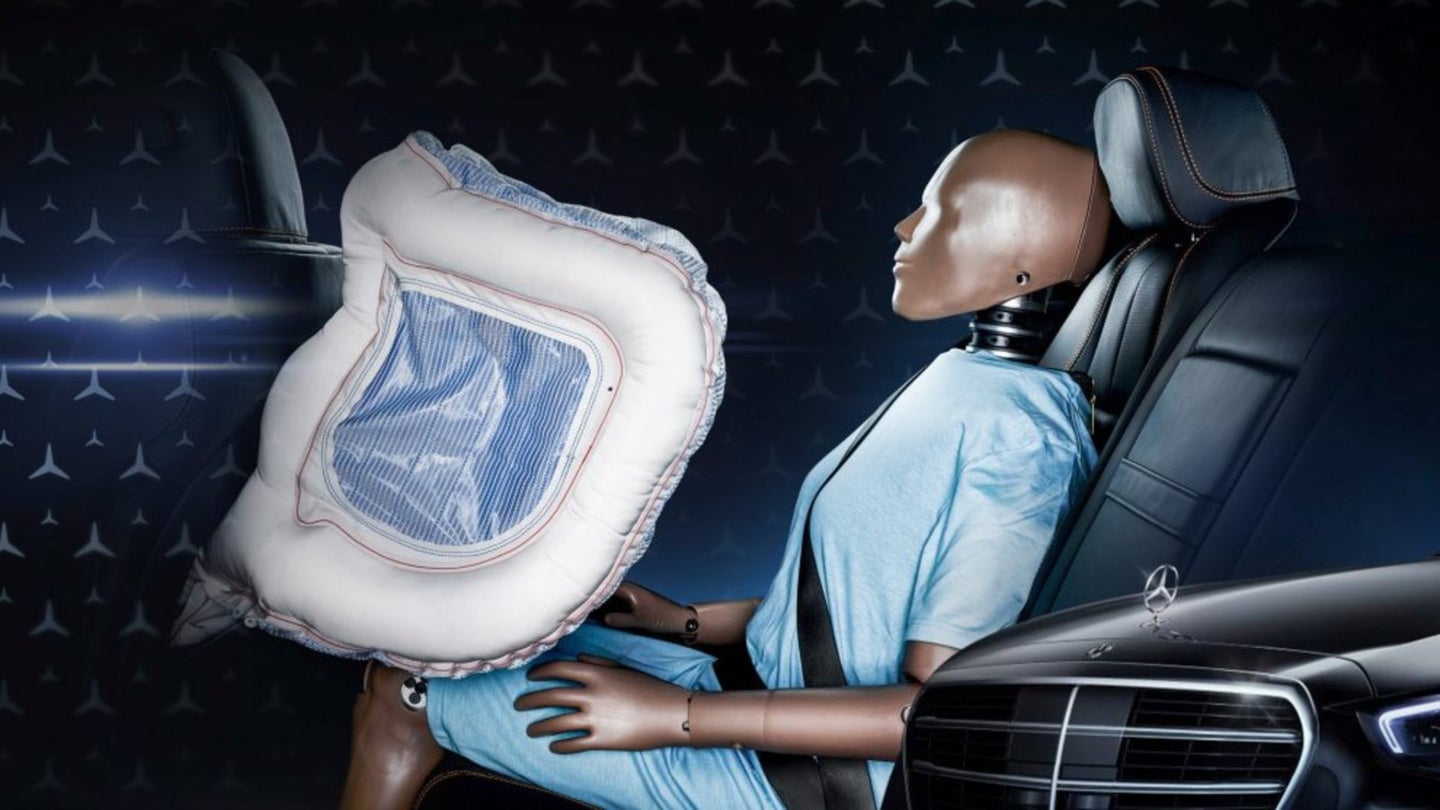 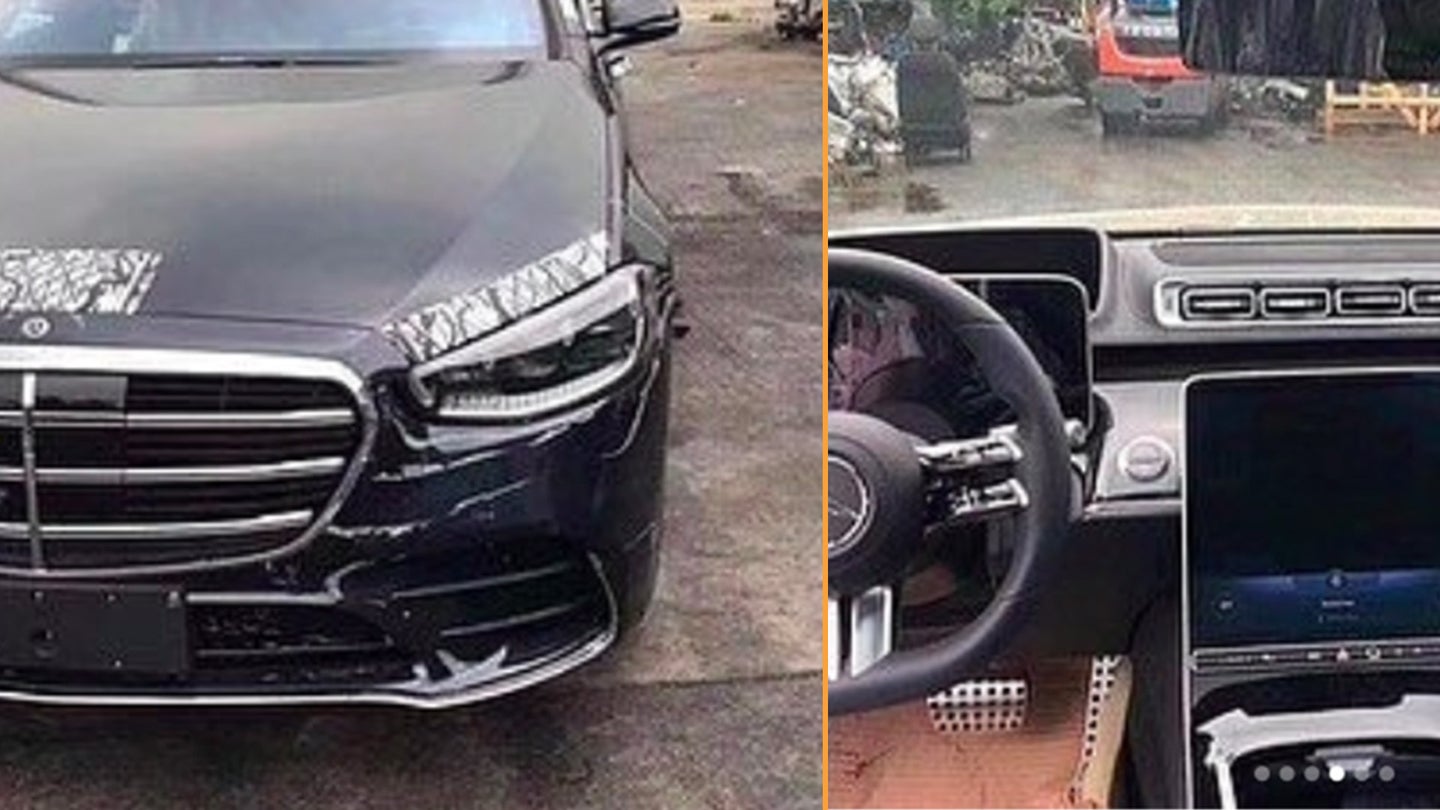