There’s a big catch, however. 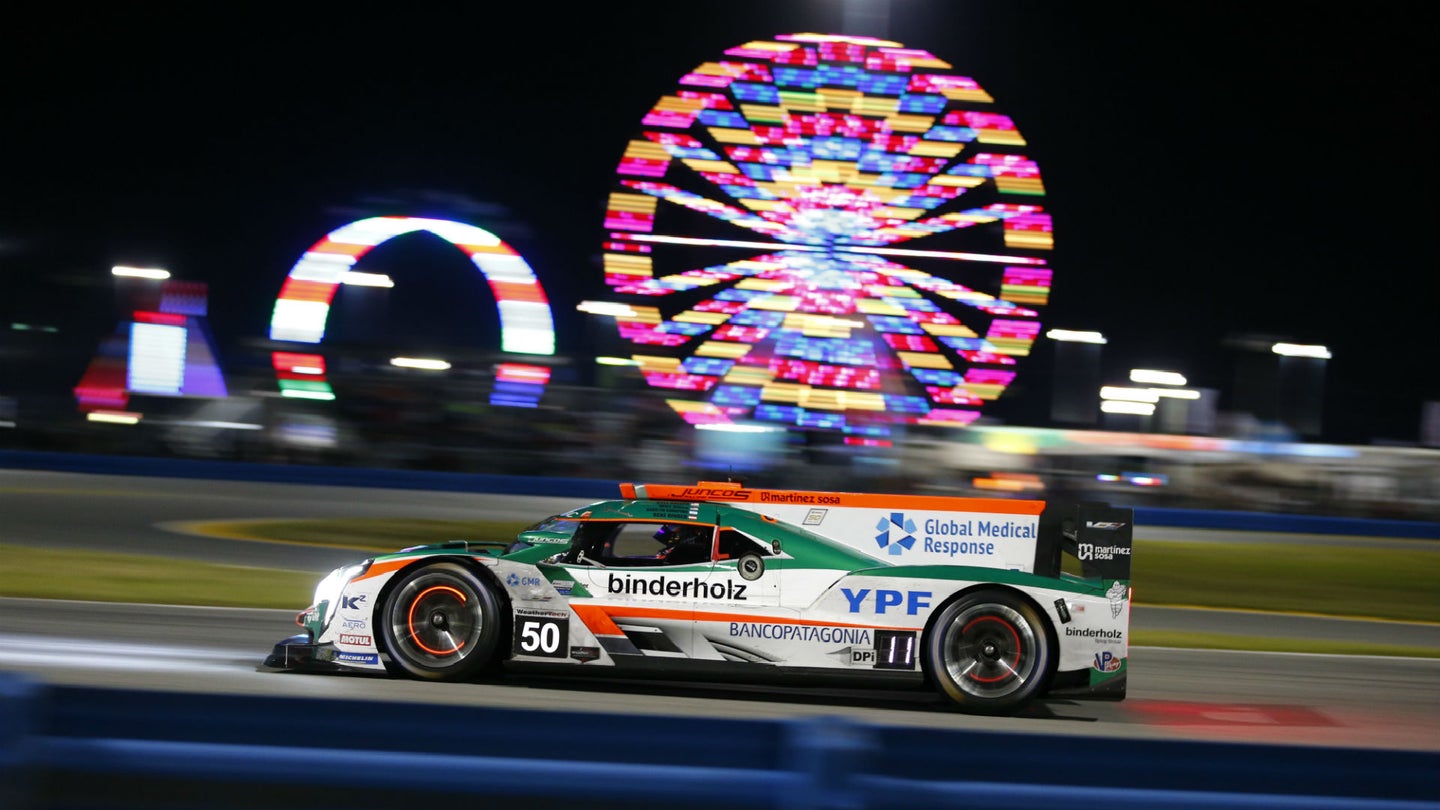 Cadillac has led IMSA's most successful customer racing program of the last decade with its DPi V.R initiative. With multiple wins at major events like the Rolex 24, 12 Hours of Sebring, and Petit Le Mans, it's clear that the manufacturer's snarling V8 prototype is capable of performing when it counts. However, not everyone's lucky enough to own one of these machines and throw their hat in the ultra-competitive sports car ring. Juncos Racing is here to help on that front as it's selling a lightly used Caddy DPi for the sum of $549,900.

It's unclear exactly how much these top-tier racers cost when new, though the asking price is likely a good amount under MSRP. The Dallara chassis is relatively fresh since it was built just last year, and it's ready for IMSA competition...once you sign an engine lease with Cadillac. As it sits, there's no power plant installed, so if you want to go racing, at least in America's premier sports car series, you'll need a formal agreement with the automaker to run its 5.5-liter V8.

If you'd rather go another route and enter the car in international LMP2 competition, you can strip the body down and install a high-strung Gibson V8. Pick your poison, but know that either way—it ain't cheap.

Still yet, you get what has proven itself to be one of the most dominant racing cars in the modern era. Cadillac swept the IMSA WeatherTech Series' top championships in its 2017 debut campaign, then again the following year. And while it might not have taken home the ultimate hardware in 2019, it won a slew of the season's biggest endurance contests.

Juncos Racing logged just 1,600 or so miles on this chassis before putting it away, and this particular car sadly never saw a podium. However, with the rest of your team's world-class equipment—you do own a racing team, don't you?—you might be able to squeeze in a victory before IMSA switches to the LMDh prototype formula for 2021.

Should you need extra suspension or body components, the car's Racing Junk for-sale listing claims Juncos has plenty to spare, for a price.

The top-running Cadillac proved impossible to beat after a late-race caution developed the storyline of the race.