The Mosler Twinstar Was a Dual-Engine, 575-HP '90s Super Cadillac

One V8 under the hood and another V8 in the trunk resulted in 9.1 liters of all-American displacement. 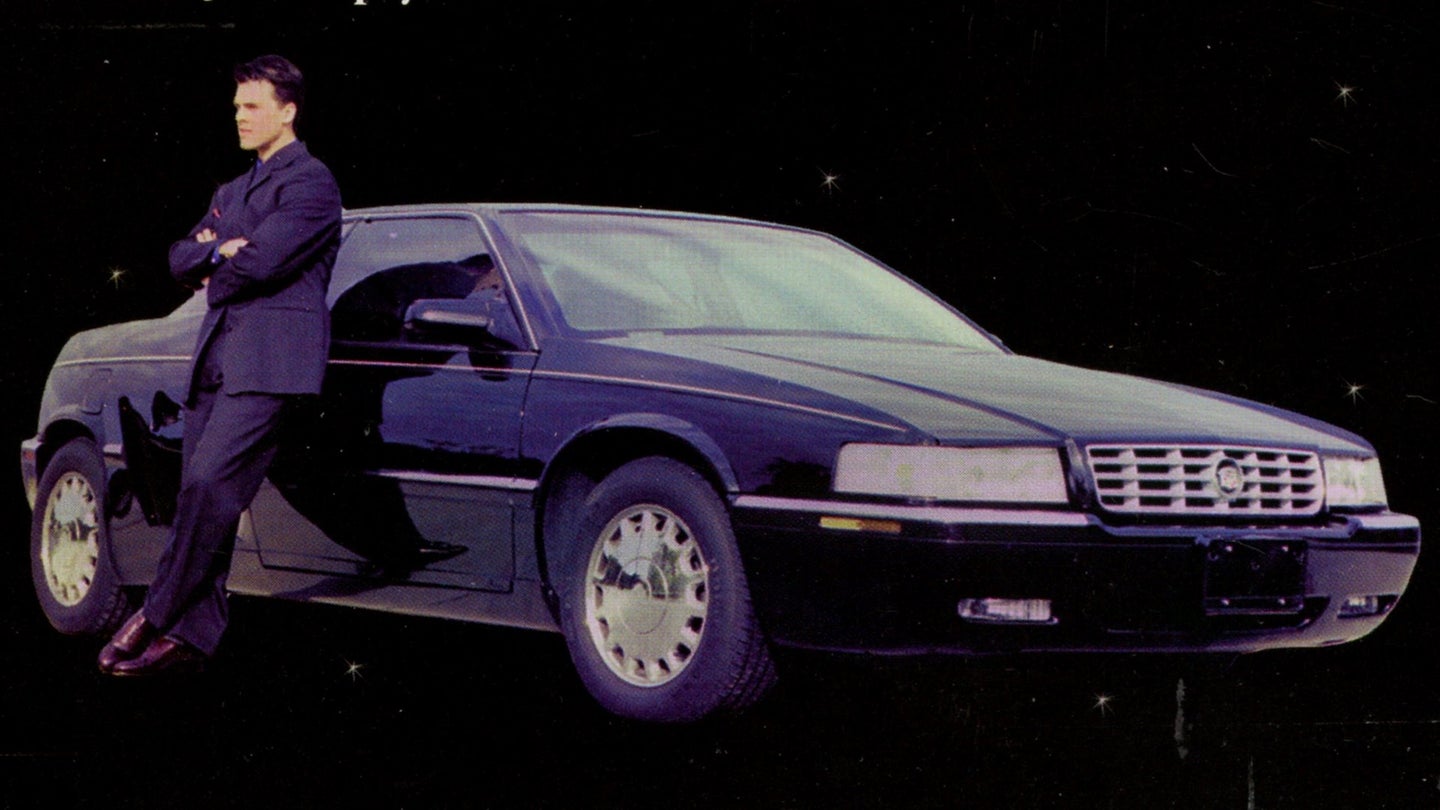 Collapsing in 2013 due to the lack of sales, Mosler Automotive joined the ranks of many a defunct supercar manufacturer. Before it departed, however, it left us with more than a few cars to remember it by, such as the ugly-but fast Consulier GTP that was banned from IMSA, and the supercar-fighting MT900. But then there is the 1999 Twinstar; a heavily-modified Cadillac Eldorado powered by—as its name implies—two Northstar V8 engines.

The Twinstar's origins reportedly lie in a misunderstanding between company founder Warren Mosler and one of his golfing pals, whom he had brought by the shop to show off a mockup of an upcoming, mid-engined performance car called the HP40 (short for high performance, 40 mpg). According to a Street Muscle interview with a former Mosler engineer, Mosler's guest proclaimed something along the lines of "wow, cool, a twin-engined car," an idea Mosler liked so much that he turned the HP40 into the Twinstar.

Twinstars' dual powertrains operated almost entirely independent of one another, with separate ignition circuits, ECUs, and individual four-speed automatic transmissions—no center differential or transfer case. The two powertrains were also apparently not of identical specification; the rear engine was slightly more powerful and had a higher redline, but shorter gearing, meaning the engines almost never shifted in tandem according to a 2000 Car and Driver test.

What the two Northstars did share was a single accelerator that opened the throttle on 9.1 liters of octuple-cam American fury, specifically 575 horsepower and 595 pound-feet of torque. Despite weighing in at 4,780 pounds, these could rocket the Twinstar from zero to 60 in as little as a claimed 4.6 seconds, down the quarter-mile in 12.7,  and to a limited top speed of 126 mph. The bulk and thirst of a second engine reportedly gave the Twinstar a pathetic 10 mpg, though it apparently didn't hurt handling. Reportedly, the Twinstar recorded 0.83 lateral G on a skidpad—on par with a current Porsche Cayenne Turbo (as tested by Motortrend). 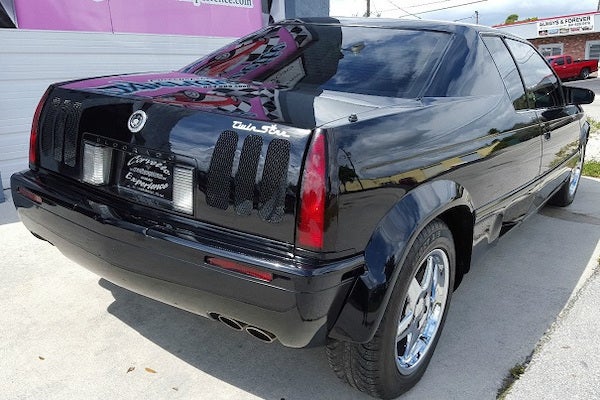 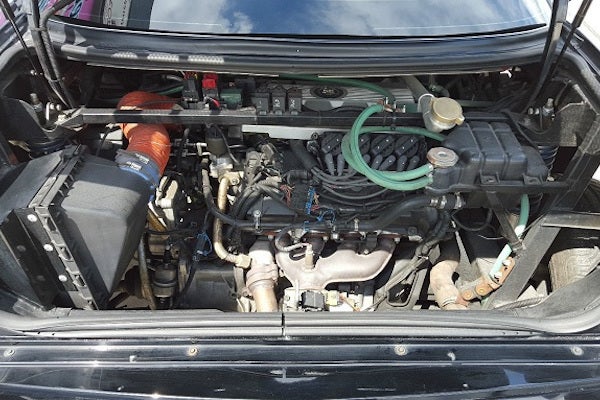 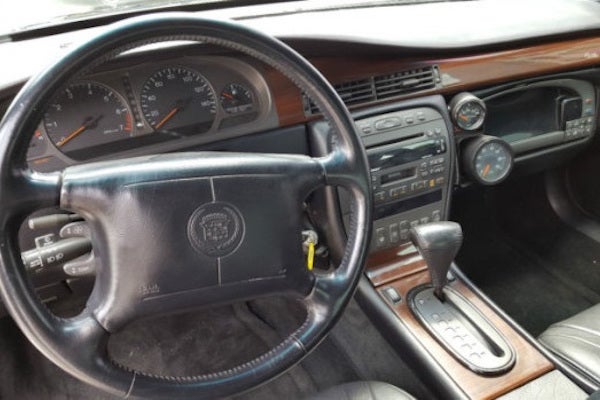 Because Mosler lengthened the rear end, the Twinstar still had back seats, which were as luxurious a place to sit as 1990s General Motors could imagine. It had a leather interior, a CD-compatible stereo, air conditioning, and power everything. What all this cost is the subject of dispute; the brochure above (circa 1998) touts a starting price as low as $64,500 in today's money, though Car and Driver reported the conversion could run over $108,000 today.

Such price tag, in conjunction with the Twinstar's strange styling and a doubled risk of popping a head gasket, is likely what resulted in its atrocious sales. Only five were ever sold, three reportedly to a single ultra-wealthy kook who wanted to keep driving with a radiator shot out, and one to Jay Leno according to RM Sotheby's. Such rarity makes their value today hard to gauge, though sales in the mid-late Twenteens suggest sale prices in the mid-to-upper five figures are typical. For what's probably the last 16-cylinder Cadillac, maybe those prices aren't too batty.

Got a tip? Or a friend who would let us drive a Mosler Twinstar? Send us a note: tips@thedrive.com