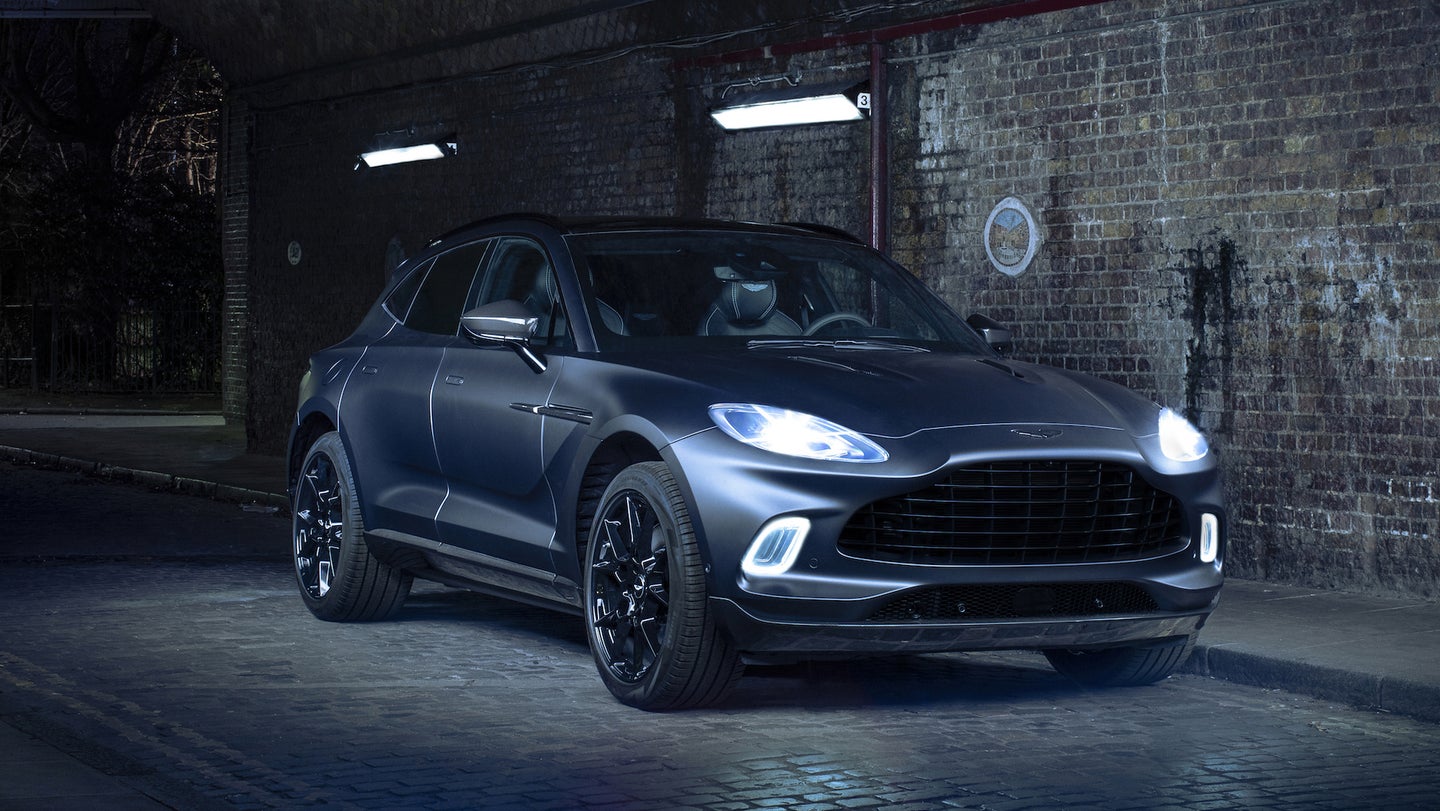 Six-figure CUVs are a lucrative business, and Aston Martin hopes to cash in on the craze with its ultra-luxurious, but rally car-esque DBX. But with the coronavirus shutdown arriving at about the worst possible time for Aston, the DBX's deployment has been delayed, and the possibility of profit postponed. When the DBX does drop, however, it may bring friends, as confirmed by the automaker's new executive chairman Lawrence Stroll in a recent financial update.

"I am extremely pleased that DBX remains on track for deliveries in the summer and has a strong order book behind it extending into 2021," commented Stroll. "Based on these successful initial orders for DBX, we plan to unveil future derivatives starting from 2021."

Aston's Chief Creative Officer Marek Reichman hinted back in March that these derivatives won't target a smaller vehicle segment, though that one could still be somehow less spacious, pointing to the introduction of a coupe-over akin to the BMW X6. The other, he insinuates, could be an upsized version—hypothetically a long-wheelbase chauffeur special or a three-rower for families.

"We'll never go down [in size]. Not necessarily up, but maybe it's less capacity. So, the wheelbase may remain the same, but maybe the box shrinks a little bit," Reichman told GoAuto. "Because in terms of downsizing, we are never going to be a Macan versus a Cayenne. Cayenne-DBX [sizing] is core, so downsizing then comes silhouette, upsizing is relatively simple, and that's a potential… you could do both off that platform."

That's not all that may be in store for the DBX, as Car and Driver claims that talks with "company insiders" have revealed the possibility of a high-performance AMR variant, which they speculate could be aimed at the Nürburgring's SUV lap record. It stands to reason that this as-of-yet hypothetical DBX AMR could also utilize plug-in hybrid (PHEV) drive to augment its gas engine, which at some point will switch from the 4.0-liter AMG V8 to a proprietary, 3.0-liter turbo V6.