Olivier Pla sent it on Sunday to best the old benchmark by three-tenths of a second. 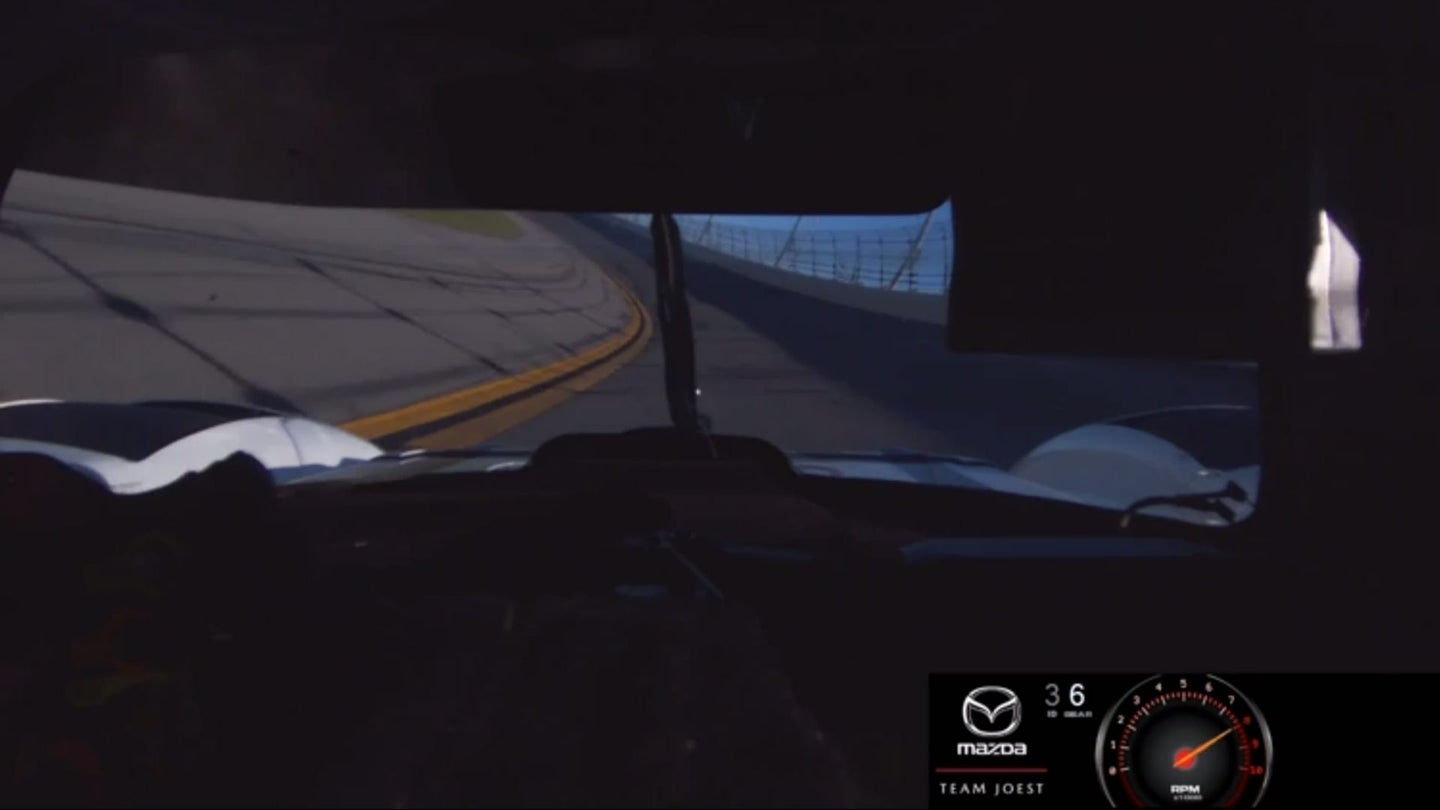 Mazda Team Joest holds its own place within the IMSA landscape, one that's largely representative of all-out speed and performance. Powered by a teensy turbocharged 2.0-liter four-cylinder, the Mazda RT24-P DPi is actually one of the most vicious in the field as it can out-hustle much of its V8 prototype competition at any given track—especially Daytona International Speedway. This weekend, the crew proved itself again by running the fastest lap ever recorded around the 3.56-mile road course with a time of 1:33.324.

Veteran driver Olivier Pla set the fastest lap during the Roar Before the 24 qualifying session in his No. 77 Mazda, besting teammate Oliver Jarvis' 1:33.685 from 2019. The latter broke a record that had stood for 26 years previously and now, for a second consecutive year, another all-time fastest lap has been set.

Now, since Pla's heroic lap was completed during what is technically considered to be an IMSA practice round, the time is marked as unofficial. Because of that, Jarvis' benchmark from last year still stands in the record books. Not to worry, though, because the Frenchman will be back in three weeks' time to hopefully recreate the uber-quick time.

“We knew this morning that conditions would be pretty fast, so I was expecting a fast lap time,” Pla said. “I was told to push hard, so that’s what I did. It was pretty simple. We have the same cars as last year, so we have nothing to hide."

Pla, who joins Mazda Team Joest for the 2019 IMSA season's Michelin Endurance Cup rounds, added: "The strategy has been to push hard every time, and that’s what we’ve been doing from FP1. The level of the competition in this championship gets higher every year. In DPi and GTLM, the competition is always there and you have to perform, especially when you are told to push. You have to show what you can do.”

Watch the video below that captures Pla's wicked-fast hands around Daytona, pushing the car through each sector with precision and obvious aggression.

We've also included Jarvis' lap from last year, in case you think you're good enough to find three-tenths in his still-ridiculous effort.

Ending what’s undoubtedly been the worst streak of luck series-wide, Mazda is at last victorious with Team Joest.