Inches of rain flooded Daytona International Speedway this weekend with hundreds of thousands of dollars in damage accumulating throughout. 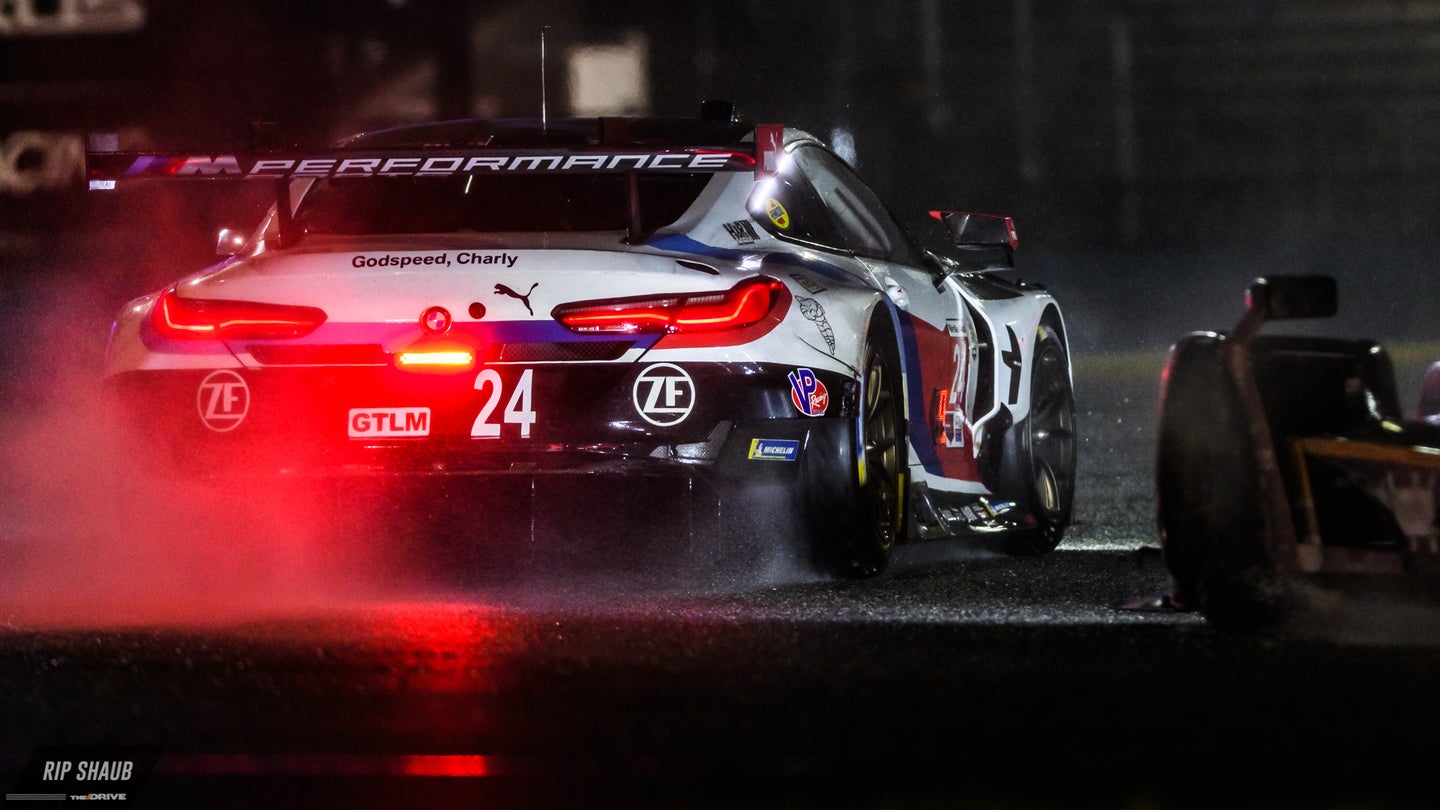 Saturday at Daytona International Speedway displayed promise for another masterful Rolex 24 endurance event, but as the weather showed its hand the next morning, things fell apart.

Standing water caused problems early, around 5 a.m., but the race continued by cycling through green- and yellow-flag conditions. Eventually, and some people thought perhaps conclusively, the red flag was flown just before 7:30 a.m. The cars stopped on pit lane for nearly two hours with little prospect for improvement.

However, the twice-around-the-clock race soldiered on and was immediately brought to a caution due to the first of many crashes going forward. Class leaders fell, cars in every class were trashed as they skidded across the asphalt and grass, and drivers yearned for a solution to the high-dollar demolition-derby.

IMSA did eventually call the race off, but not before going green again and issuing a second red flag due to yet another slosh-fest. In all, the 57th running of the event was a stressful day for everyone involved but it's one that will be remembered as Fernando Alonso's first victory at Daytona—as well as the wettest race since 2004.