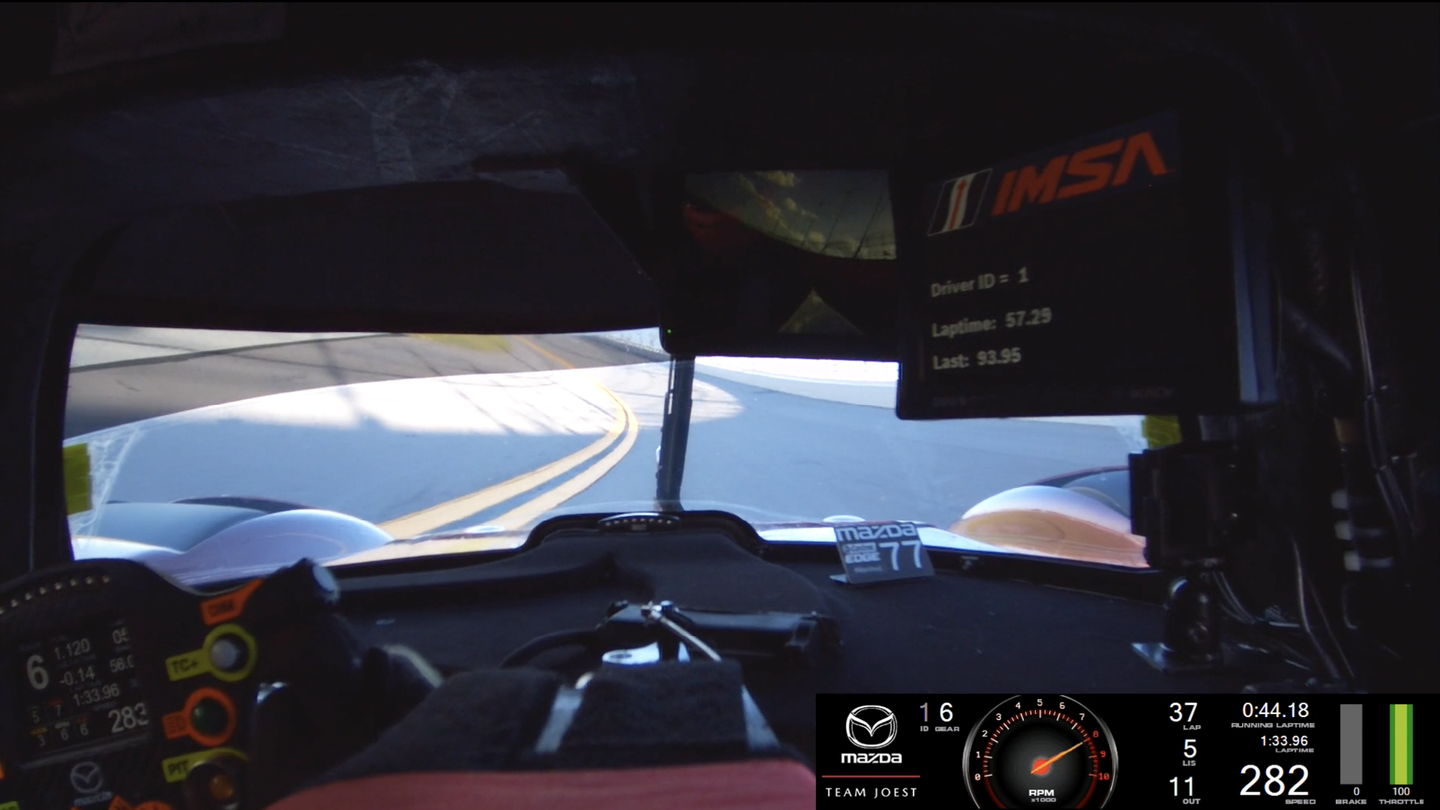 Oliver Jarvis placed the No. 77 Mazda RT24-P DPi on pole for this weekend's Rolex 24 at Daytona by breaking the historic Florida track's 26-year-old lap record. His unbelievably rapid time of 1:33.685 was enough to eclipse the longstanding benchmark previously set by All-American Racer P.J. Jones in 1993, readying Mazda Team Joest to take on the day-long enduro from pole position.

Jarvis previously went faster than Jones' lap at January's Roar Before The 24, though the time was unofficial as it was set during a practice session. This one, though, is official and will give Mazda Team Joest the momentum for the weekend's season-opener.

“The most important thing for us was to get the pole," Jarvis said of his performance on Thursday. "Since the Roar, I’ve gotten a better understanding of what it means to have the course record. For that record to stand for 26 years is incredible, and I wasn’t sure that we could beat it today because of the rain that we had this morning. I think for us and for Mazda Team Joest, it’s the icing on the cake because we worked so hard. There’s been no off-season, and this is the result of all the hard work that’s gone in back at the workshop. For me, it’s very special to achieve my first pole with Mazda, but also to beat such a longstanding, impressive record is something special.”

Jarvis and teammates Timo Bernhard, Tristan Nunez, and Rene Rast look to keep up the car's stellar pace throughout Saturday and Sunday while also avoiding potential troubles with traffic and late rain. They'll be joined on the front row at the start of the race by Acura Team Penske's No. 7 Acura ARX-05 DPi.

Look for more boots-on-the-ground coverage of this year's Rolex 24 at Daytona as The Drive reports on the endurance classic trackside, in its entirety.

The Team Joest-ran squad was blistering quick at this month’s Roar Before the 24 and hopes to maintain that pace going into the weekend.