The Team Joest-ran squad was blistering quick at this month's Roar Before the 24 and hopes to maintain that pace going into the weekend. 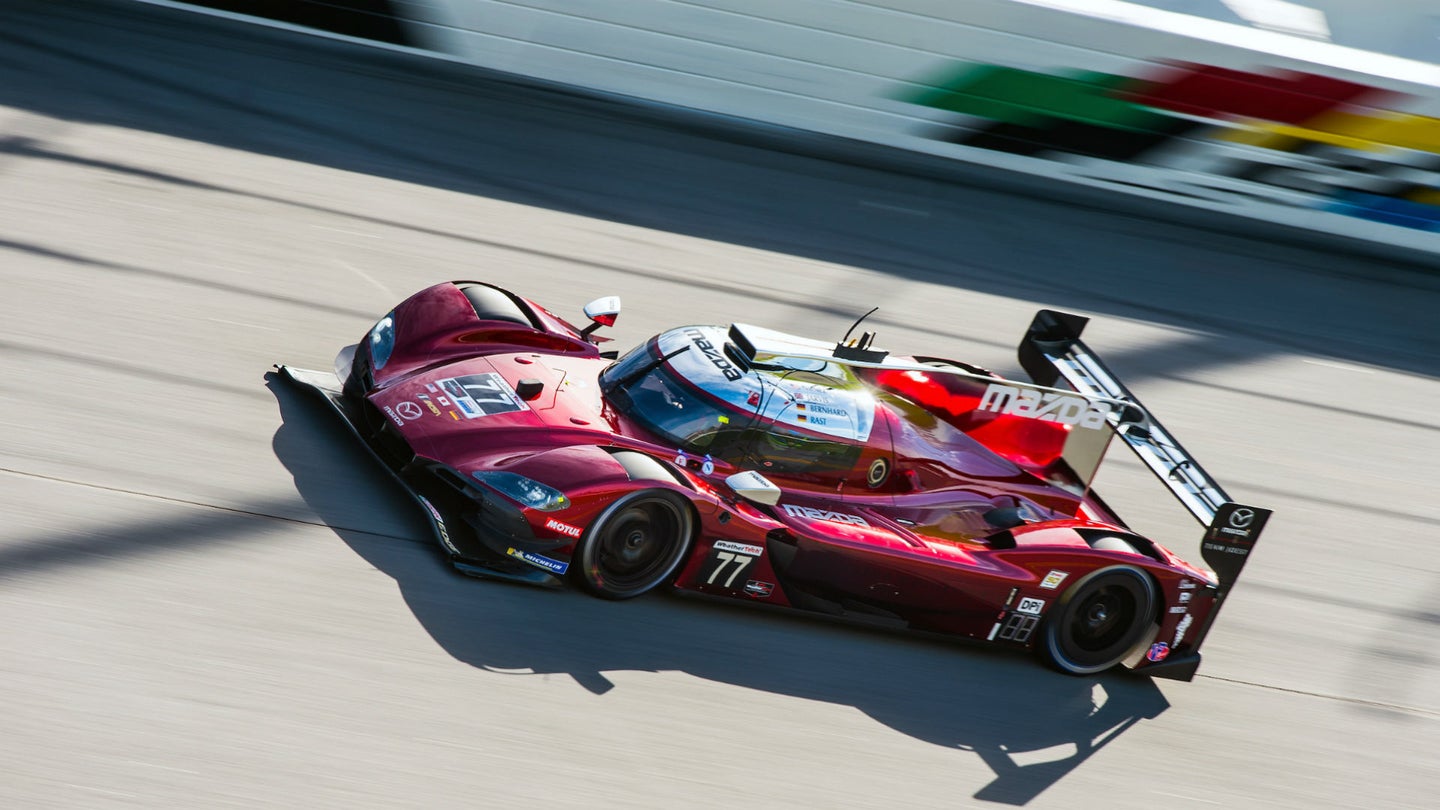 Mazda Team Joest is entering the 2019 IMSA WeatherTech Championship season in a more experienced and confident position than last year, one that was filled with early glimmers of both turmoil and brilliance. Woes at Daytona masked the potential for the factory-backed outfit but gave way to an impressive outing at Sebring, though the latter still didn't end as expected with a late-race problem that cost the team a likely podium. However, that form was molded throughout the season and it eventually helped them claim a trio of podiums between the Nos. 55 and 77 cars.

Skip to January and Oliver Jarvis is beating the Daytona track record in his Mazda RT24-P DPi with teammate Harry Tincknell only fractions of a second behind.

This was enough to spark optimism, albeit cautious, in the Team Joest paddock. The pieces seem to be coming together with the organization's full-time drivers on pace, along with their guests—DTM maestro Rene Rast and international endurance star Timo Bernhard—backing them up.

The two-car effort's ultimate goal remains: place Mazda on the top step of the Daytona podium for the first time in nearly a decade. Jarvis seems positive about their opportunity to do so, explaining in a recent release:

“I am definitely heading into this year with a lot more optimism than last. I have always had 100 percent faith in Mazda Team Joest, but last year we were definitely not where we wanted to be. We continue to learn and progress but having had a year of working together and constantly improving not only reliability, but also performance, I think we head into this year’s race knowing we have a package capable of fighting for the win."

The 2019 running of the day-long enduro marks 40 years since Mazda's debut at Daytona (which it won), a memory that North American director John Doonan recalls fondly and hopes to recreate this weekend.

“In the winter of 1979, I watched the television highlights of the Rolex 24 at Daytona and the racing debut of the Mazda RX-7. That GTU class win 40 years ago this year marked a very special moment for me personally as my bond with the Mazda brand began," said Doonan. "To achieve that victory in 1979 was an incredible effort made by Mazda engineers around the globe, and was a clear example of our brand’s challenger spirit. As we have prepared for the 2019 Rolex 24 at Daytona, there has been an equally massive effort by our team and partners with the sole focus of having success for Mazda, our fans, dealers, and employees worldwide. The results from the Roar Before the 24 were a good way to start the month, and we want nothing more than to end the month in the same positions.”

Mazda and the boys at Joest will have a field full of Cadillacs, Acuras, and a Nissan to battle with, but if they have it their way, they'll be making history and wearing a new watch come time for the checkered flag on Sunday.