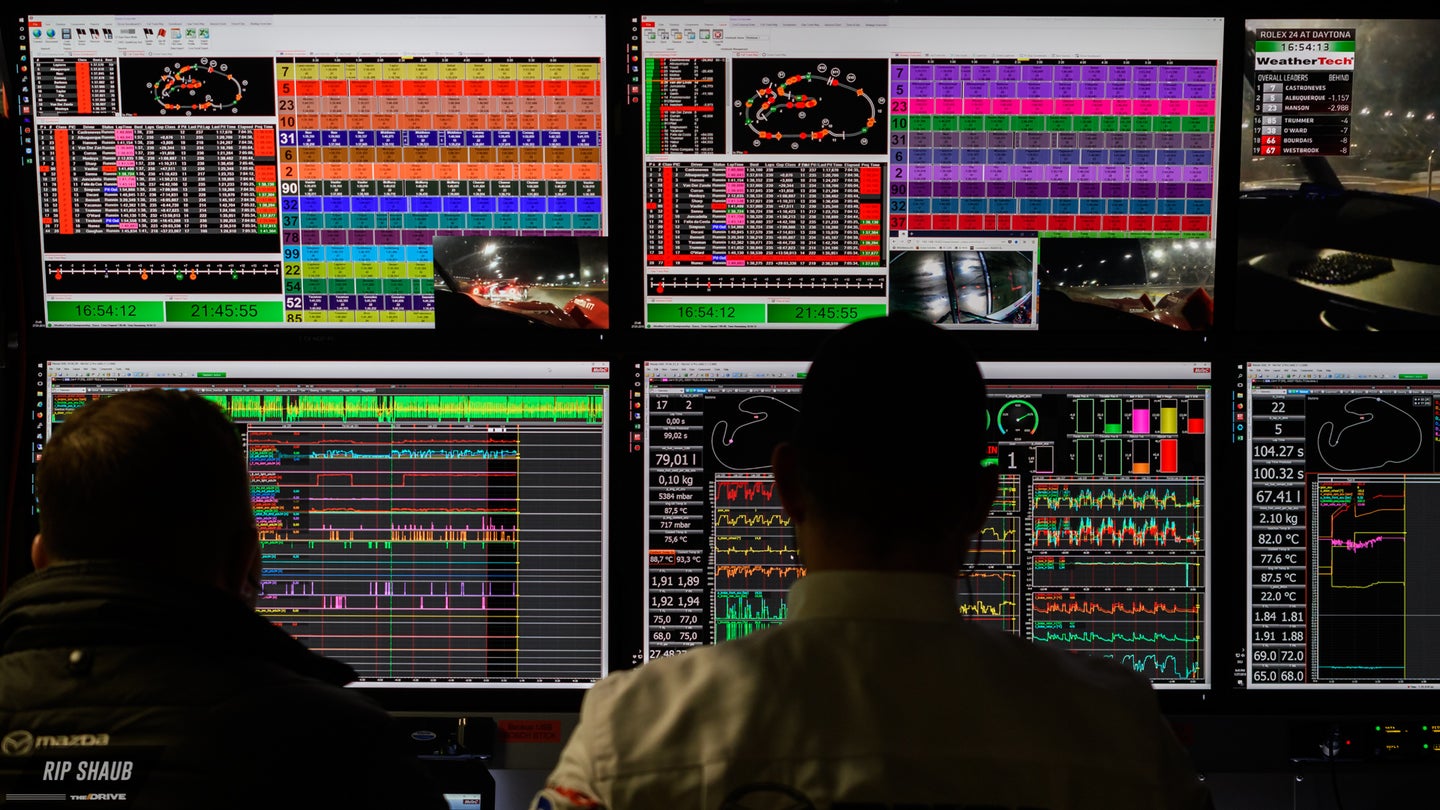 Beyond the stellar racing action that the Rolex 24 at Daytona presents, there's a one-off atmosphere that earns its title as the "most prestigious sportscar race in North America" —live entertainment, exclusive looks at historic motorsport heroes, and plenty of noise are only the obvious. The cumulative sensory assault is somehow more serene than it is raucous, and by stepping into The Drive's gallery comprised of our favorite atmosphere shots at Hour 10, you'll see why.

The cars of Daytona are multi-dimensional in the sense that each is its own formula created by the industry's most dedicated minds (and hands). The way to know that you've truly learned the field comes when you can close your eyes and know what car is coming 'round the kink, all by the distinctive sounds made by the diverse Prototype and GT classes. When combined with the unbeatable surroundings that DIS claims its own, they make it worth the heavy-eyed nights and bottomless cups of java.

And even more so, the skunkworks operations of endurance racing are pivotal. Strategy, organization, and intelligence are equally if not more essential to these internationally known teams. You can see that here in Daytona better than anywhere else in the States. Successful efforts can bring celebration to the pits, but in a split instance, that luck can be reversed.

The things you can touch, feel, see, and hear will never be recreated on television, or on the internet for that matter. Regardless, though, racing like this continues to thrive as more people are attending events of the sort year round. While Daytona may be the most revered IMSA race on the calendar, it certainly isn't the last, and as the series travels around the continental U.S., you'll be hard-pressed to find something that recreates the drama of world championship racing at this level within a few hours from your home base.