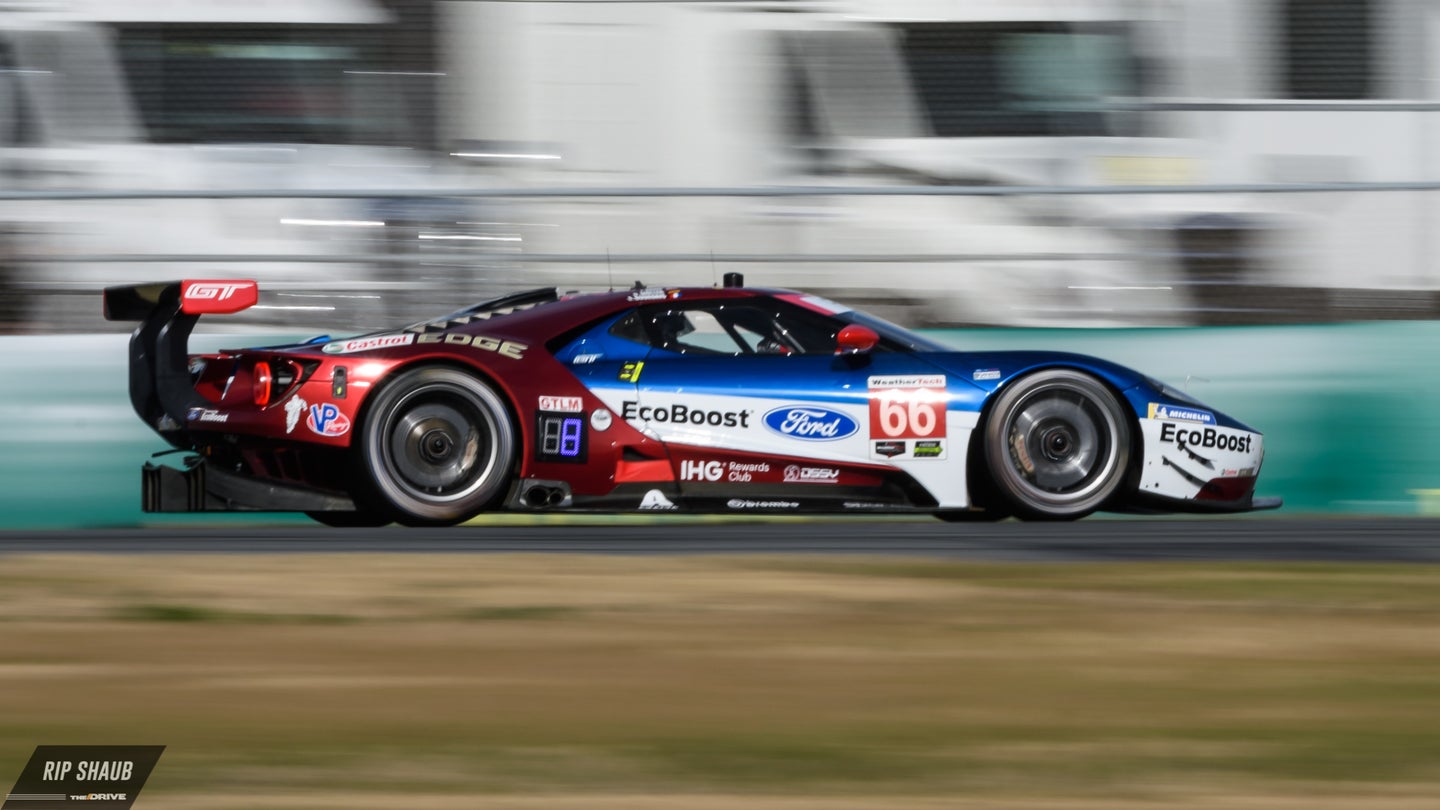 The GTLM class in this year's Rolex 24 Hours at Daytona is hot, hot, hot, and the Ford GT's new livery is making it even hotter. The American racing outfit wowed fans and media alike as it unveiled the new look for the 2018 IMSA and FIA World Endurance Championship campaigns ahead of the iconic race.

While the new design is far from a radical change, it represents the simplicity that's always adorned the official Ford Performance vehicles, as well as the minimalist approach shared by most Chip Ganassi Racing speed machines. As this video shows, the new hues worn on the front and rear ends are darker than before and feature a metallic finish, which combined with IMSA's Leader Light System, appear to "light up" as the race continues into the night.

This year's Ford Chip Ganassi Racing Ford GT No. 66 will be piloted by Joey Hand, Sebastien Bourdais, and Dirk Mueller, while the No. 67 will spare the talents of Richard Westbrook, Scott Dixon, and fellow Kiwi and Indycar veteran Ryan Briscoe. Despite the fancy new artwork, the Ford GTs couldn't surpass the pace of Jan Magnussen's Chevy Corvette C7.R which claimed the pole and pushed the Fords down to second and fifth place respectively for Saturday’s starting grid.

Make sure to follow our live coverage of the Rolex 24 Hours at Daytona by using the #TheDrive24 on social media.