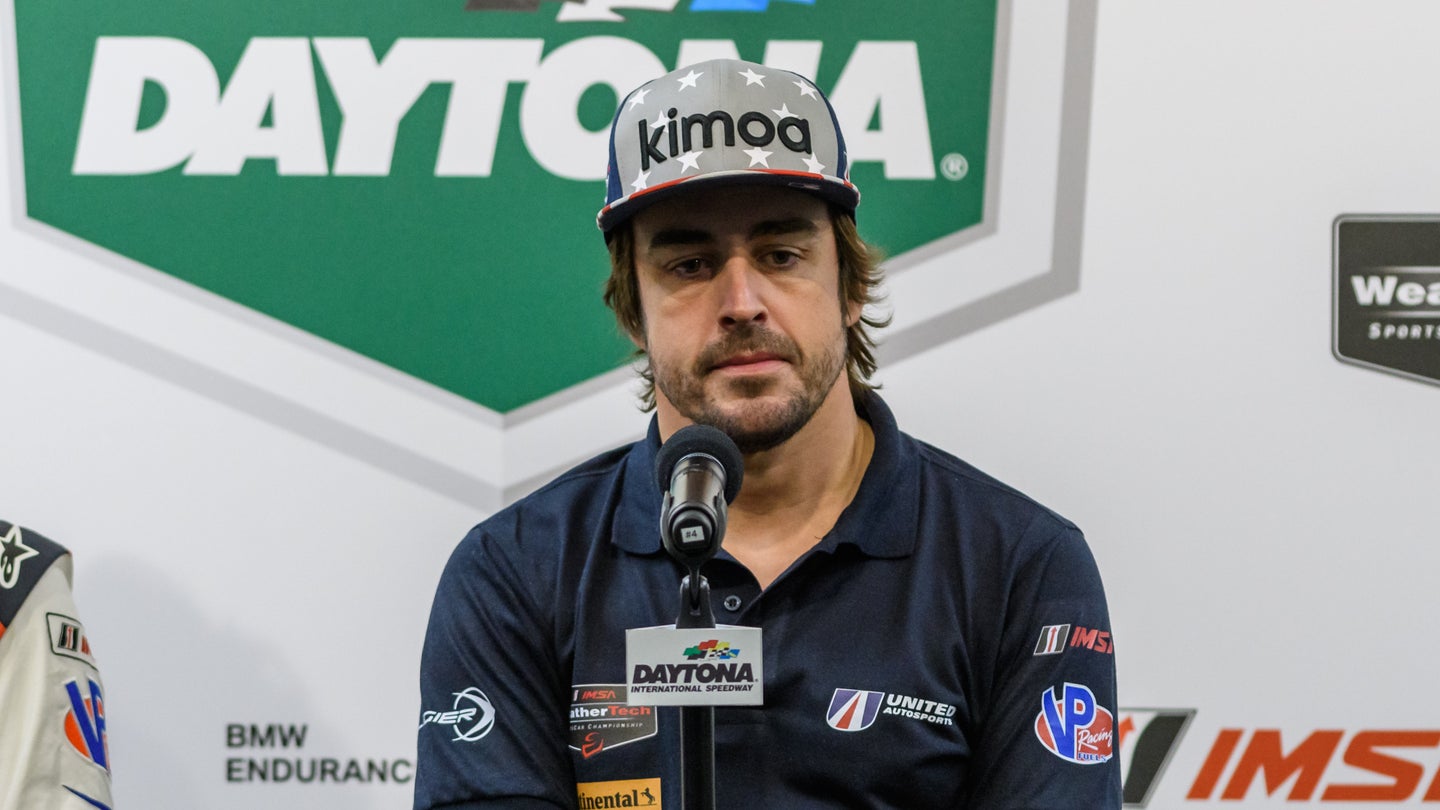 After completing the first free​ free practice​​​ practice ahead of the 2018 Rolex 24, Fernando Alonso admits that Daytona is proving to be even more testing than he had expected for the United Autosports team. Setup difficulties have left the crew with plenty of work to do ahead of this weekend's 24-hour epic, and when combined with the difficulty of adapting to the new track, it looks like both UA Ligier LMP2 cars will be tinkered with incessantly to find the right balance for this star-heavy lineup.

While Alonso participated in the Roar Before the 24 testing event, he was unable to notch many laps ahead of this week. Since then, he's logged more and more miles to which he hopes will benefit him and his teammates in their Rolex debut. Originally, team boss Zak Brown said that he was aiming for a top-five finish at the event, a feat that seems to be increasingly challenging as they've met several obstacles at the Florida track.

A minor mishap with teammate Phil Hansen behind the wheel put the No. 23 car out of commission temporarily, and as each member of the British racing outfit agreed, that's been the name of the game at Daytona so far. Hansen claimed that it was "better to do it today than in the race," but with the majority of on-track prep taking place on Thursday, the car will need to be repaired for further practice.

Alonso is slated to qualify for the team during this afternoon's session. There, he hopes to complete a faster lap than the No. 23 was able to manage in FP1 which was set by Hansen at 1:40.413.