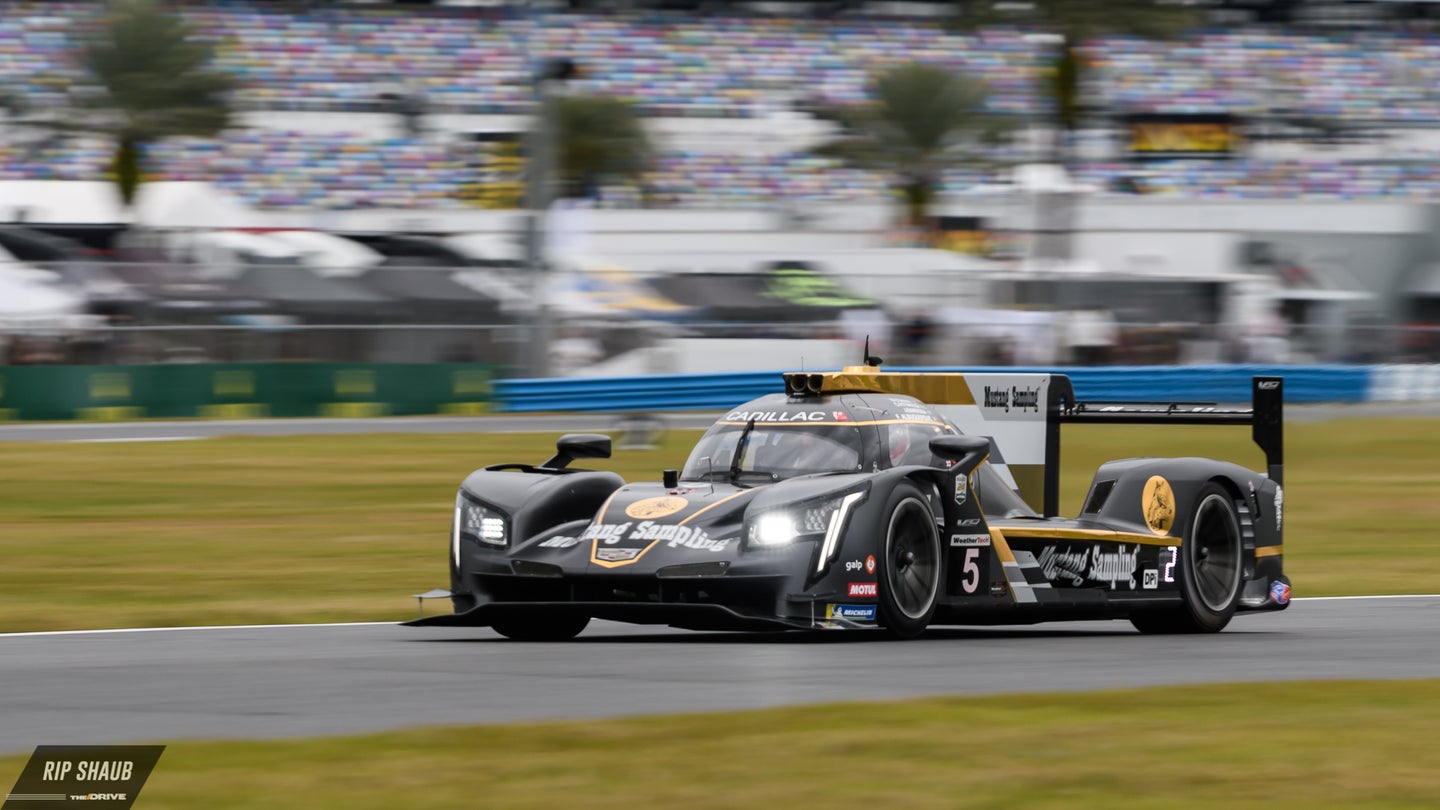 Prior to Saturday's green-flag start of the Rolex 24 at Daytona, and as recently as Friday evening, international drivers scheduled to compete in the day-long endurance classic were plagued with travel woes that kept them from arriving in the United States.

Tom Blomqvist of BMW Team RLL faced an issue with his American work visa that prohibited his entry of the country last Friday. Upon learning of the British-Swedish driver's predicament, the Rahal Letterman Lanigan team called up veteran pilot Augusto Farfus to co-drive the No. 25 BMW M8 GTE in his place.

Less than one week later, Team Action Express driver and prototype specialist Mike Conway had his plans derailed when his flight to Florida from England was delayed. As a result, he was unable to take part in the weekend's final practice session and last year's overall Rolex winners were forced back down to a three-driver lineup.

Felipe Albuquerque, Joao Barbosa, and Christian Fittipaldi have taken the reins in the Mustang Sampling Racing No. 5 Cadillac DPi V.R and look to follow up last year's performance for a second consecutive win at the twice-around-the-clock classic.

Finally, Wayne Taylor Racing driver Kamui Kobayashi was also held up a full day while en route to the event. He did manage to land in time, though, and is driving alongside Fernando Alonso, Jordan Taylor, and Renger van der Zande.

The 57th annual running of the Rolex 24 at Daytona is currently underway and will conclude at 2:35 p.m. on Friday.

Look for more boots-on-the-ground coverage of this year's Rolex 24 at Daytona as The Drive reports on the IMSA season-opener trackside, in its entirety.