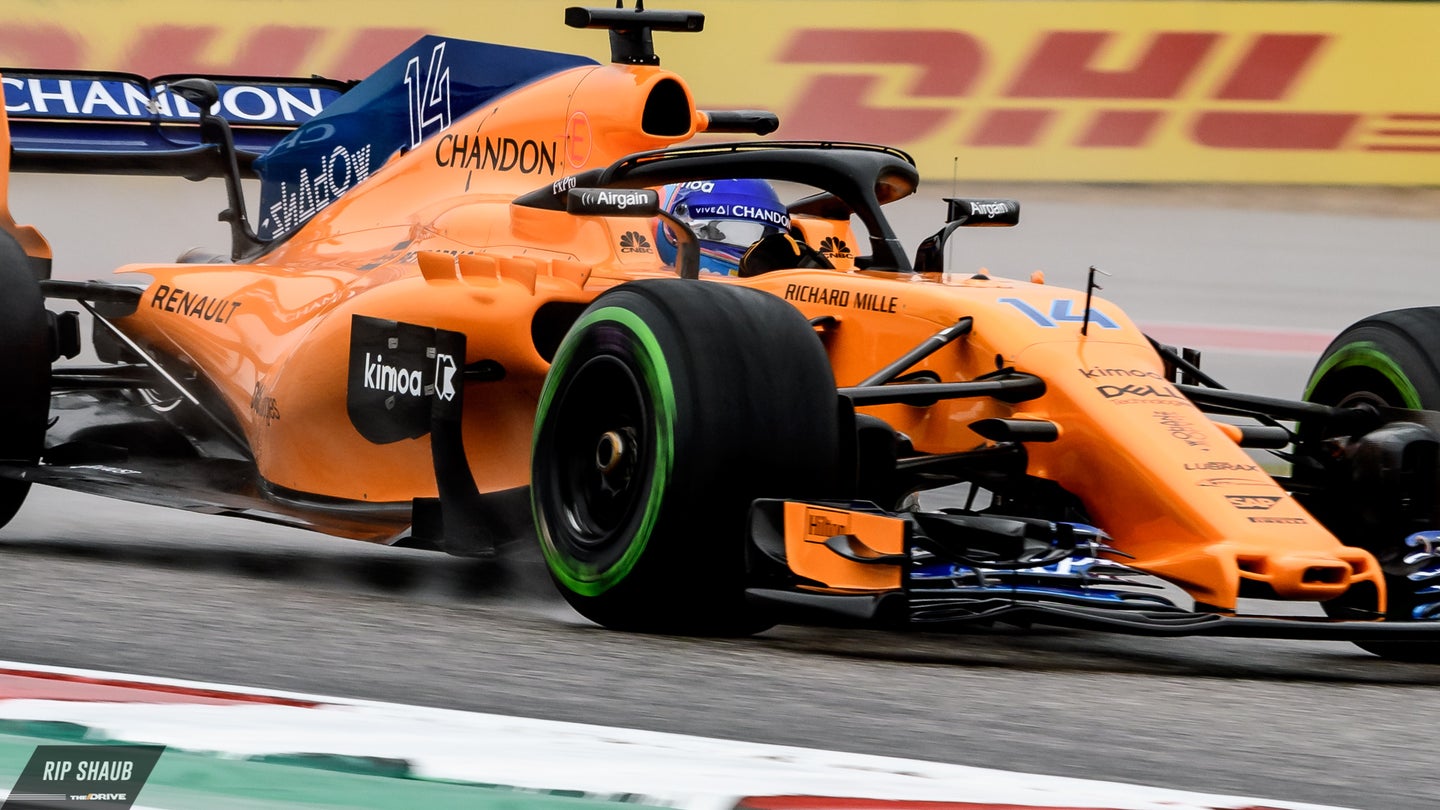 Fernando Alonso was retired from Sunday's United States Grand Prix after a Lap 1 crash with Williams driver Lance Stroll. After crashing his car in the first high-speed series of corners at Circuit of the Americas, Alonso rolled to a stop with a major gouge in the right-hand side of his McLaren. He soon let out his frustration via team radio saying that some drivers are "impossible to race with," seemingly directing his comments at the 20-year-old Stroll.

He elaborated on those statements later on in a press conference, saying that he deals with more "amateurs" at motorsport's top level, Formula 1, than he does when racing with Toyota in the World Endurance Championship, a series which features a dedicated Pro-Am class.

“I think the level seems lower than ever,” Alonso said after his final F1 race at COTA. “In Spa they played bowling with us into the first corner, here they played bowling again into Turn 4. It’s a misjudging of distances and speed which is quite strange to see."

“It’s always the same. At the starts, people are trying to bump everyone else. It’s like a rental car where you have the bumpers and you try to crash with everyone. It keeps happening. They play bowling with us like in Spa, and nobody does it on purpose but our races are always a DNF. We are also not lucky because sometimes you touch someone, maybe you have small damage but you keep going in the race, but we’ve never been that lucky."

“I’m not upset, I’m disappointed because I’m here in the U.S. for nine days to do a race and I do 600 meters of the race and they push you off. That’s the way it is."

Sunday marked Alonso's seventh DNF of the season, featuring a mix of crashes and mechanical failures.

“A little bit unlucky as I said, but it’s more a problem for the FIA, if they keep allowing this type of driving. I say that because I drive in other series with amateur drivers—in GT AM and things like that—and there has never been a problem. So there are more amateurs here than in other series," the Spaniard continued.

Stroll, who served a drive-through penalty for the incident, was also disappointed with the result in Austin.

“It was a terrible day,” Stroll said. “Contact with Alonso at the beginning on the first lap and then it went downhill from there."

Raikkonen wins for the first time since Australia in 2013, the longest span between race victories in F1 history.