IndyCar: Fernando Alonso Will Test With Andretti Autosport at Barber

Alonso will reportedly visit the Alabama track on Wednesday and drive a current generation Indy car for the first time. 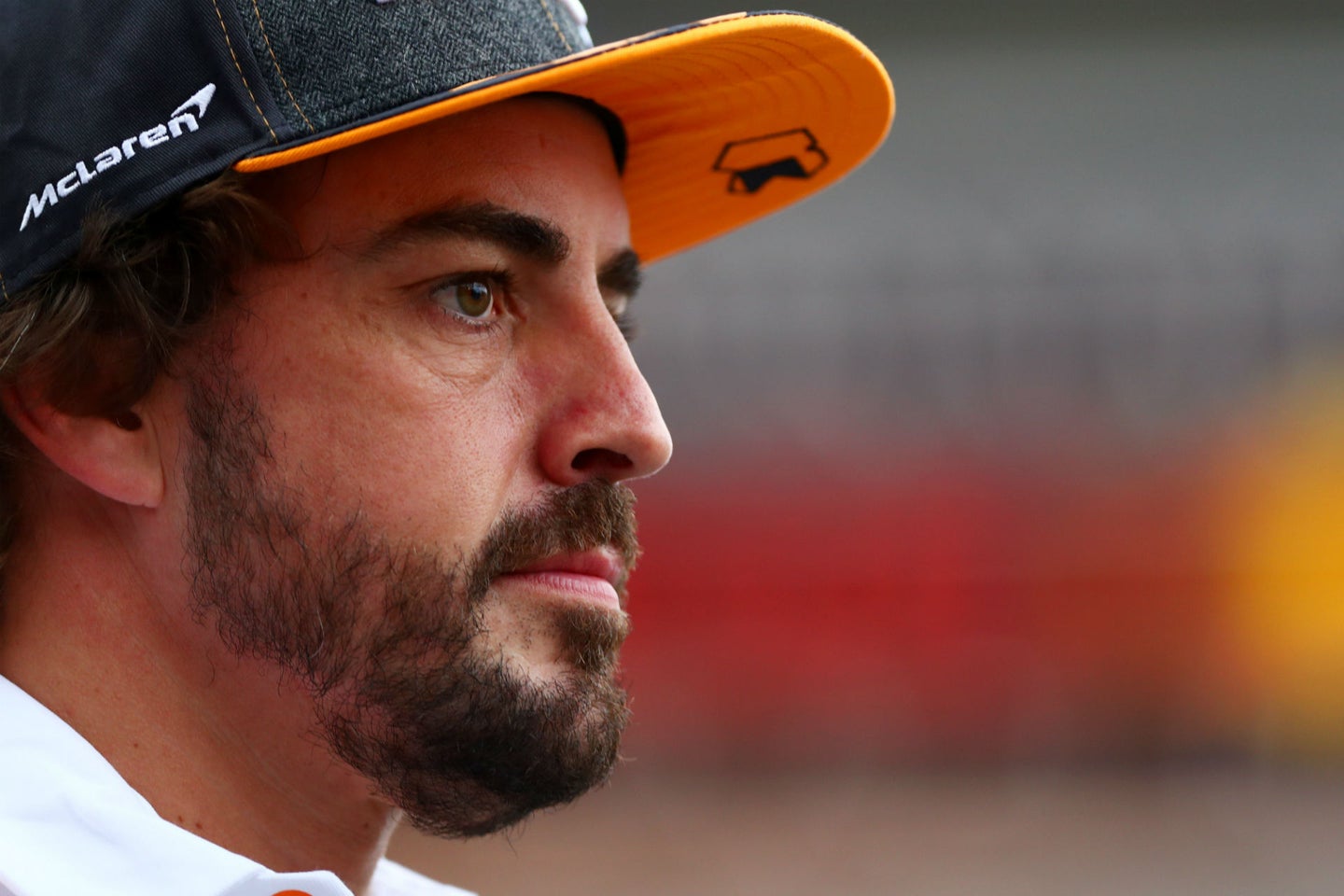 Fernando Alonso has reportedly been confirmed to test a 2018-spec Indy car with Andretti Autosport on Sept. 5. McLaren, the two-time Formula 1 world champion's current employer, announced on Friday that he would soon be testing the car and Racer's Robin Miller wrote Saturday morning that the outing will be in tandem with the Michael Andretti-led squad.

Alonso has a long-running partnership with the team as he entered last year's Indianapolis 500 under its management. Several Andretti Autosport employees, including Michael himself, have been spotted at Grand Prix weekends throughout the year in McLaren's facilities, all but confirming the organization's interest in the 37-year-old Spaniard.

It was announced in August that Alonso would not return to F1 in 2019, leaving his schedule free, save for his commitment to Toyota's World Endurance Championship program.

McLaren CEO Zak Brown allegedly texted Racer's Miller saying, “Fernando is excited to try an Indy car on a road course." Alonso has never tested the current UAK18 generation machine and will reportedly take part in a seat fitting on Tuesday in Birmingham, Alabama, before testing at Barber Motorsports Park on Wednesday. There, he will work with Ray Gosselin, engineer for Andretti driver Ryan Hunter-Reay.

Alonso has previously expressed interest in running IndyCar full-time if the right opportunity presented itself. Rumors claim that Andretti has been working to make a spot for the star driver, but as 2019 approaches, he has made it clear that time is of the essence if the two are to strike a deal for next season.

The Drive has reached out to Andretti Autosport for confirmation and we will update this space with their response.