Congratulations to the New Owner of This $175,000, 5-Speed Manual Car With a Cadillac V8 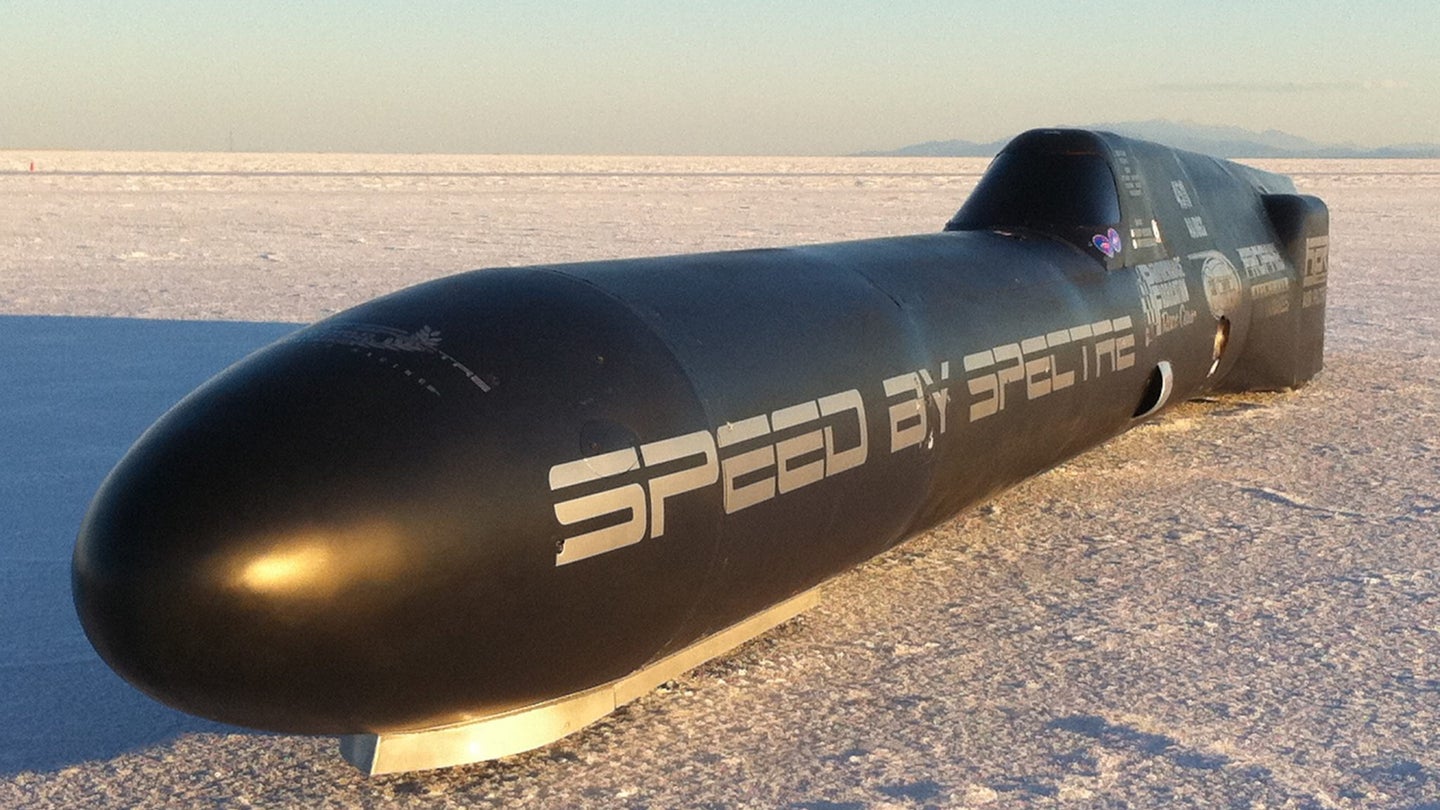 We've been marveling at the prices that mint-condition cars from the 1980s are commanding on Bring a Trailer, but there are other truly unique vehicles that cross the site's virtual auction block for just as much cash. Take this 400-mph Bonneville Land Speed Streamliner, for example, which sold this week for $175,000. In its current form, the car surpassed 400 miles per hour and still has the potential for much more.

It's unclear why the seller put the car up for auction, but it is clear that a significant effort went into making it what you see here. The car’s body started to take shape with a drop tank from a McDonnell F-101 Voodoo jet fighter. A drop tank is basically a sort of bullet-shaped external fuel tank found on fighter jets, and such. The fitted drop tank formed the nose cone and other parts of the body, which helped it become extra strong and super aerodynamic.

The current seller picked up the machine in 2006 without an engine and quickly started working toward making it capable of ridiculous speeds on the Salt Flats. The Streamliner's frame was stretched to its current length of 39 feet and the tube body was constructed to measure exactly 29 inches in diameter. The process involved new shapes and designs from an aerodynamicist, and new custom bodywork was constructed. The car’s radical new shape was built on top of a tube frame, but the jet fighter’s nose cone remained part of the design.

Power for the rig was provided by interchangeable Cadillac V8s that were built by the Cad Company, as well as a five-speed transmission. They ultimately helped the car set records in two classes using 529ci and 484ci gasoline engines. A Cad Company V8 with twin Garrett turbochargers was included with the car during its most recent sale, but the seller said it would need to be “gone through” before it can be used in competition again. The auction includes plans to run alternative fuels and for modifications to make it go even faster, so there's a world of possibilities there.

Sadly, the new owner can’t just hop in the Streamliner and hit the local Cars and Coffee, so what’s the point of buying such a thing? The seller still has plans for the car to make it capable of doing 500 mph, so that could turn into a fun, albeit expensive, hobby. The seller’s also willing to drive the car in competition or to coach a new driver if the buyer wishes to continue racing, so we could perhaps see more of the black tube in the future.