It took more than 10,000 hours to build this 1960 Cadillac Fleetwood. Totally worth it. 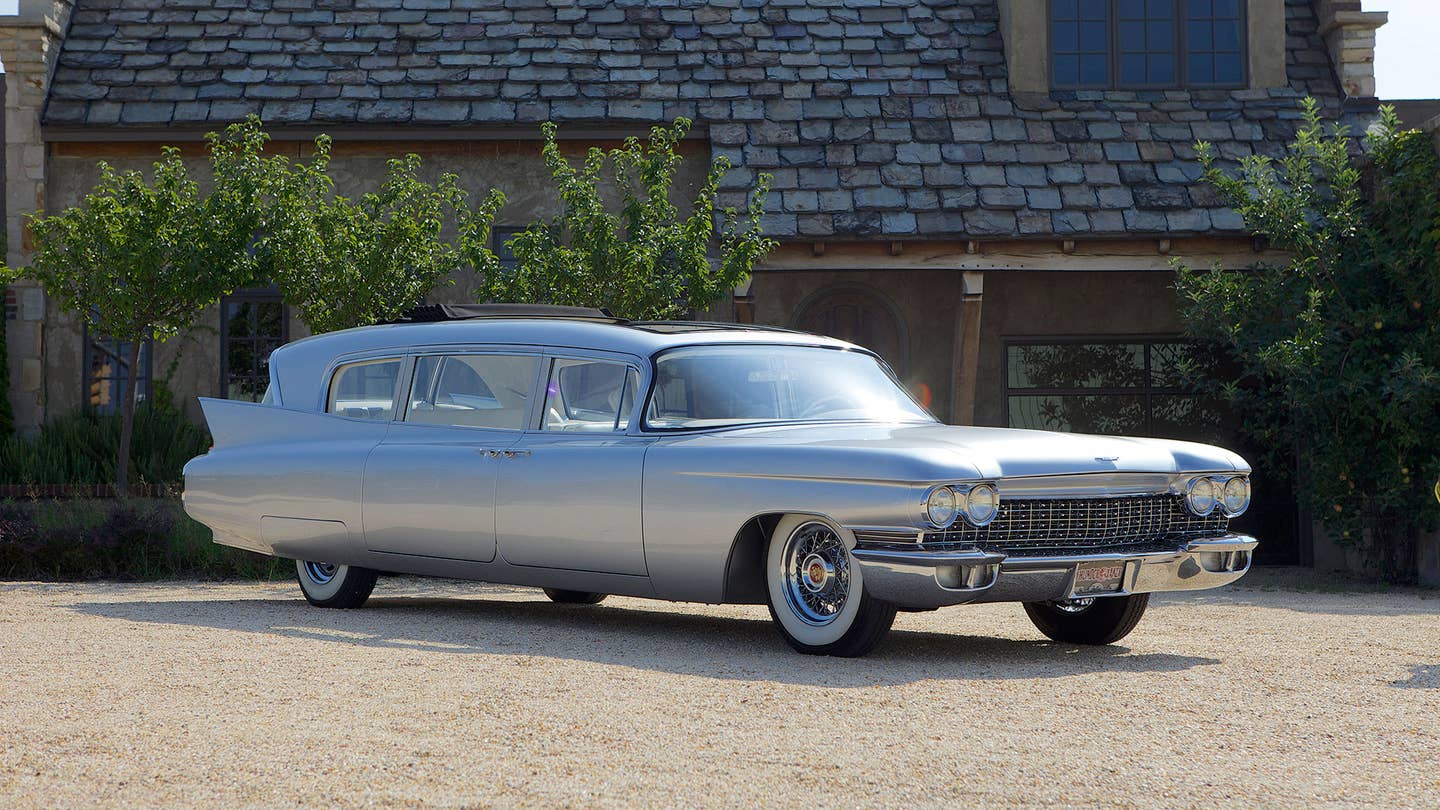 As Barrett-Jackson says: “There are custom cars, and then there are those that have earned their own name.” Boyd Coddington’s Cadzzilla; Jerry Pennington's Scorpion; Dave and Joyce Emery’s ‘32 Revolver: Anyone can give a car a name; to be remembered, it’s got to be earned. Bryan Fuller’s Thundertaker is going to be called that for a long, long time.

Fuller, host of Velocity’s Naked Speed, spends more time building bikes than cars. But every now and again, he does something really special on four wheels. See: The Thundertaker, completed in 2013 after a four-year-long, 10,000-hour build. Yes, it’s a 1960 Cadillac Fleetwood hearse, a true “full custom” hotrod. That means that every single inch, inside and out, has been touched by a craftsman. The entire rear half of the car was fabricated; the interior is upholstered in what’s thought to be the world’s last bolts of authentic 1960 Cadillac limousine fabric.

The shell is chopped five inches and channeled, but retains the full-size original glass recessed into the body. The 156-inch wheelbase frame is reportedly one of the longest hotrod frames ever built, helping hit the four-ton mark. (Hot Rod broke a dolly trying to move it). Fortunately, it has a GM ZZ454 crate engine, factory rated at 468 horsepower. And that’s the really crazy party: Fuller says it’s “built for speed.”

“It’s got an Art Morrison chassis, a Strange 9-inch, a big-block…strap a couple turbos to the 454, take that thing to Bonneville, and hammer down,” he told Hot Rod.

Barrett-Jackson has no reserve on it in their April 8-10 auction in Palm Beach, Florida. It’s hard to pin a value on a far-out custom, and you never get your money back. But this one? It’s going to bring the money. And, of course, the thunder.

15 Hearses Worthy of Your Bloodlust