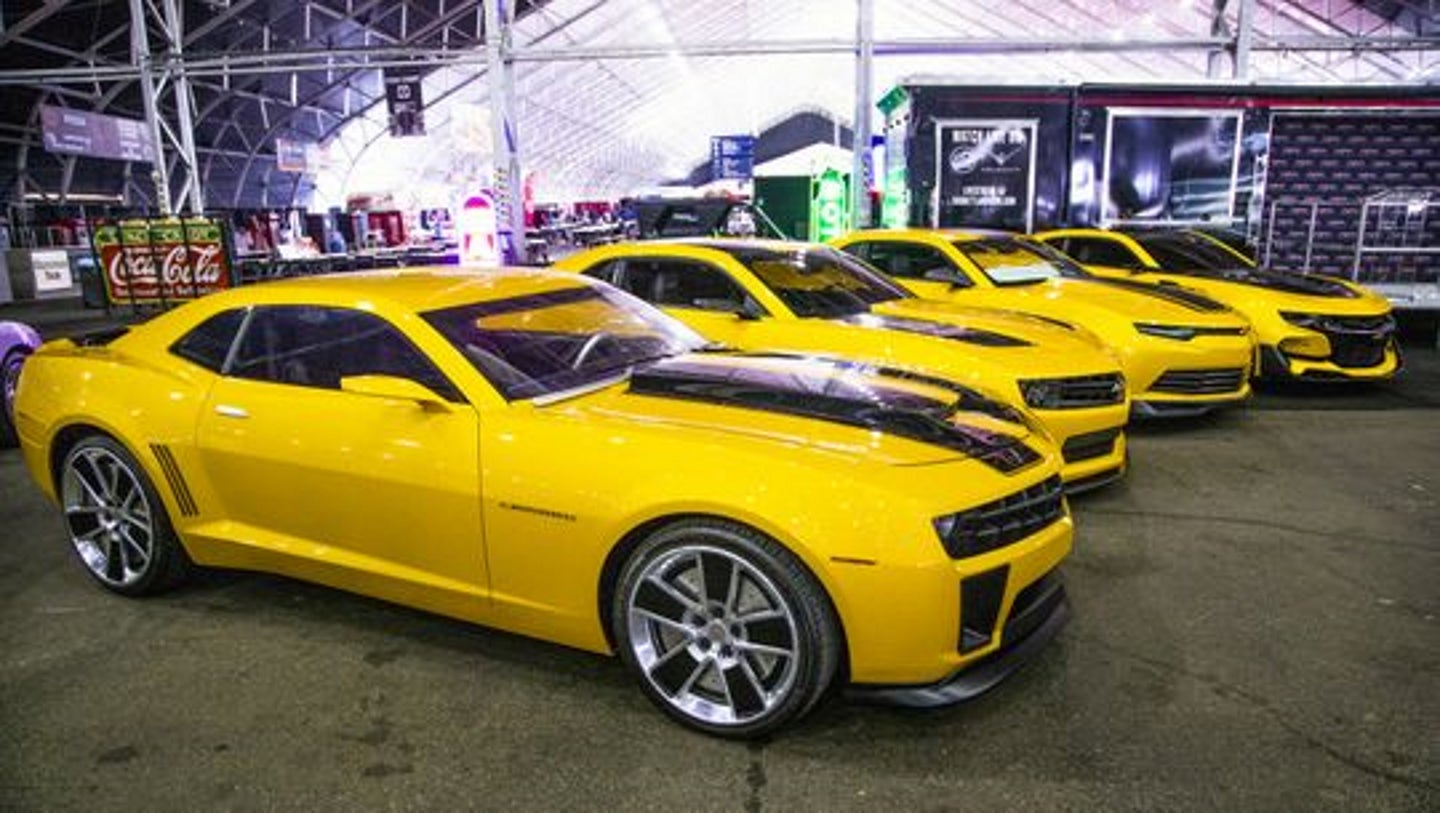 The Transformers movies, which essentially double as really long Chevy commercials, have produced some truly eye-catching vehicles. Perhaps the most famous car in the series is the yellow Camaro which transforms into the fan-favorite Autobot named Bumblebee. Over the course of four Transformers movies since 2007, each film has gotten a different version of Bumblebee and all four of those cars crossed the Barrett-Jackson auction block as a set. They were purchased by NASCAR team owner Rick Hendrick for a cool $500,000.

The cars were being sold by Chevy and the proceeds from the auction went to benefit Operation Homefront which helps out military families, primarily with housing. There’s just one problem for Mr. Hendrick; all four of these cars have scrap titles and can’t legally be driven on the street. Granted, that probably isn’t an issue since these were likely just purchased to add to a collection. We have a feeling Rick Hendrick has a few cars in his garage that he can drive when he feels like it.

Now, about the actual cars. The first one from the original 2007 film is perhaps the most iconic. Remember, that movie came out before the fifth-gen Camaro was in production so Bumblebee introduced a good chunk of movie audiences to this new Camaro concept for the first time. People went crazy for it and the car was a big sales success partially thanks to the Michael Bay movie in which it starred.

The second Bumblebee Camaro is largely similar to the first one. The one that starred in the sequel Transformers: Revenge of the Fallen was still a yellow and black fifth-gen Camaro, but this time it was more like the production car than the concept that preceded it.

The third car was basically a concept for the post-facelift fifth-gen Camaro which wasn’t out at the time it was on the big screen in Transformers: Age of Extinction. Naturally, it continues the yellow and black motif, but with a different front and rear end.

The newest Bumblebee Camaro is also the craziest. The yellow muscle car in Transformers: The Last Night is based on the sixth-gen Camaro and it employs a version of the new facelift that went into production last year. The car is riddled with black aero bits all over, giving an already radical vehicle an even crazier aesthetic.

It’s a bummer that these cars will never see public roads, but they’re certainly a cool addition to a collection.

The four movie cars will be sold at Scottsdale as a collection to benefit veteran support charity Operation Homefront.