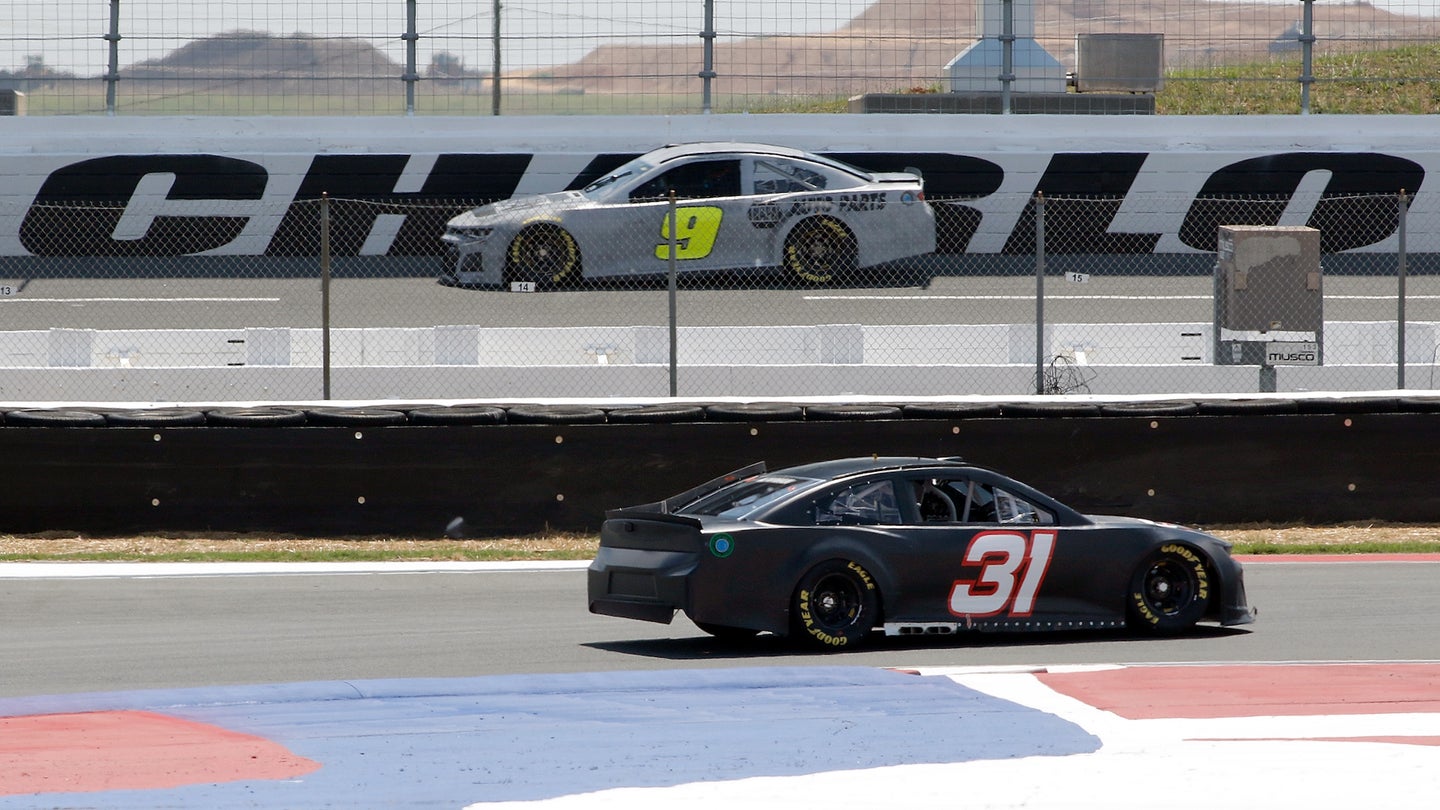 After approximately half of the full-time teams in the Monster Energy NASCAR Cup Series hit the Charlotte Motor Speedway “roval” road course-oval hybrid in Concord, North Carolina, on July 10. Fourteen more teams and drivers tested the course Tuesday in preparation for the Sept. 30 race there. The Bank of America Roval 400 will be the elimination race in the first three-race round of the 2018 playoffs. This year will be the inaugural year for the race as it shifts from the facility’s traditional 1.5-mile oval.

The Cup Series already runs two road-course races yearly at Watkins Glen in New York and Sonoma Raceway in California, but according to Joey Logano, the Charlotte “roval” is very different from the other two road courses.

“Overall, I think the racetrack is fun,” Logano said at the test Tuesday. "It’s different than any other road course we go to, which I don’t think is a bad thing in any way.”

The “roval” course includes most of the oval, and according to A.J. Allmendinger, who participated in Tuesday’s test session, the infield road-course portion races like a short track, including short track-type contact.

“I think there’s going to be a lot of contact, for sure,” Allmendinger said. “Through the infield, it’s fairly narrow.”

Alex Bowman, Ryan Blaney, Erik Jones and William Byron were among the drivers who spun or made contact with barriers during the latest test. Blaney went to a backup car during the test after spinning and backing into a tire barrier. Byron also hit a tire barrier as a result of a brake issue. Not having a backup car on hand, the incident ended Byron’s participation in the test.

Tuesday’s test session was halted temporarily for the removal of a set of rumble strips in turn eight, which transitions into turn one of the traditional oval course.

Kasey Kahne said last week he had “no clue right now” where passing could occur.

Logano, though, claims there are plenty of opportunities to pass on the course.

“There’ll be plenty of opportunity to pass, for sure, but you’re going to have to get the pass done and move on, because two-wide is going to kill your lap time, and you’re going to lose touch with the cars around you,” Logano said.

The roval is 2.28 miles and features a 35-foot elevation change, 17 turns and two chicanes. The Cup Series race there in September will consist of 109 laps.