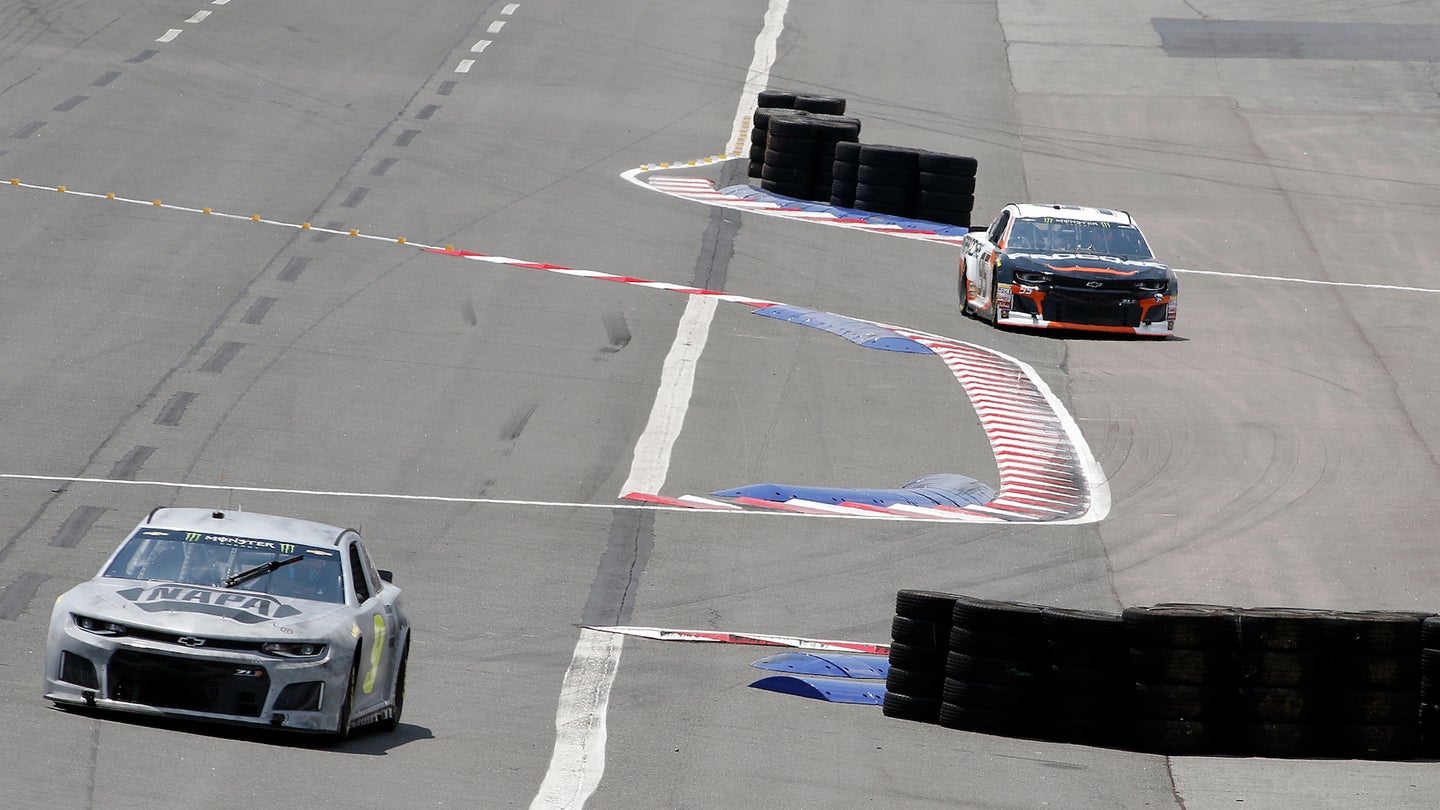 As 16 Monster Energy NASCAR Cup Series drivers tested on Tuesday the “roval” Charlotte Motor Speedway road course-roval hybrid that will host the elimination race of the first round of the 2018 playoffs in September, NASCAR didn’t change the intended course, but measures had to be taken to keep drivers on course.

Early in the test, drivers sped through an artificial chicane by running across rumble strips on an area of the backstretch that is part of the course. The shortcut allowed drivers to shorten their routes and maintain higher speeds.

The other half of full-time Cup Series drivers will test the roval July 17. The course will play host to a NASCAR doubleheader that will culminate in the Sept. 30 running of the Bank of America Roval 400. The NASCAR Xfinity Series will race the roval the previous day.

If the course layout isn’t changed, passing will be at a premium, according to the drivers participating in the test on Tuesday.

“I’m not sure at this point there’s going to be any passing,” Kasey Kahne told USA Today. "We’ll have to see how it all plays out. The oval is part of it, but you have a bus stop [backstretch chicane] coming up. You can barely get one car through there, not two. It’s going to be technically tough, and we’ll have to figure out those spots as we go, but I have no clue right now [where passing will be an option].”

Seven-time champion Jimmie Johnson doesn’t expect much, if any, passing on the track. When asked by NBC Sports about the best place to pass, Johnson replied, “pit lane.”

While he doesn’t expect much passing, Johnson thinks attrition will be high.

“It’s very easy to make mistakes and have big problems when you make mistakes,” Johnson said. “Race time is going to be a handful.”

“Basically, if you make a mistake, you hit something,” Kahne said.

As a result, Kahne has mixed feelings about the course.

“I actually kind of like all of it,” Kahne said. “I like all of it, and I dislike all of it. It’s very unique and different and interesting to drive. Because of that, I think it makes it technical and difficult at the same time.”