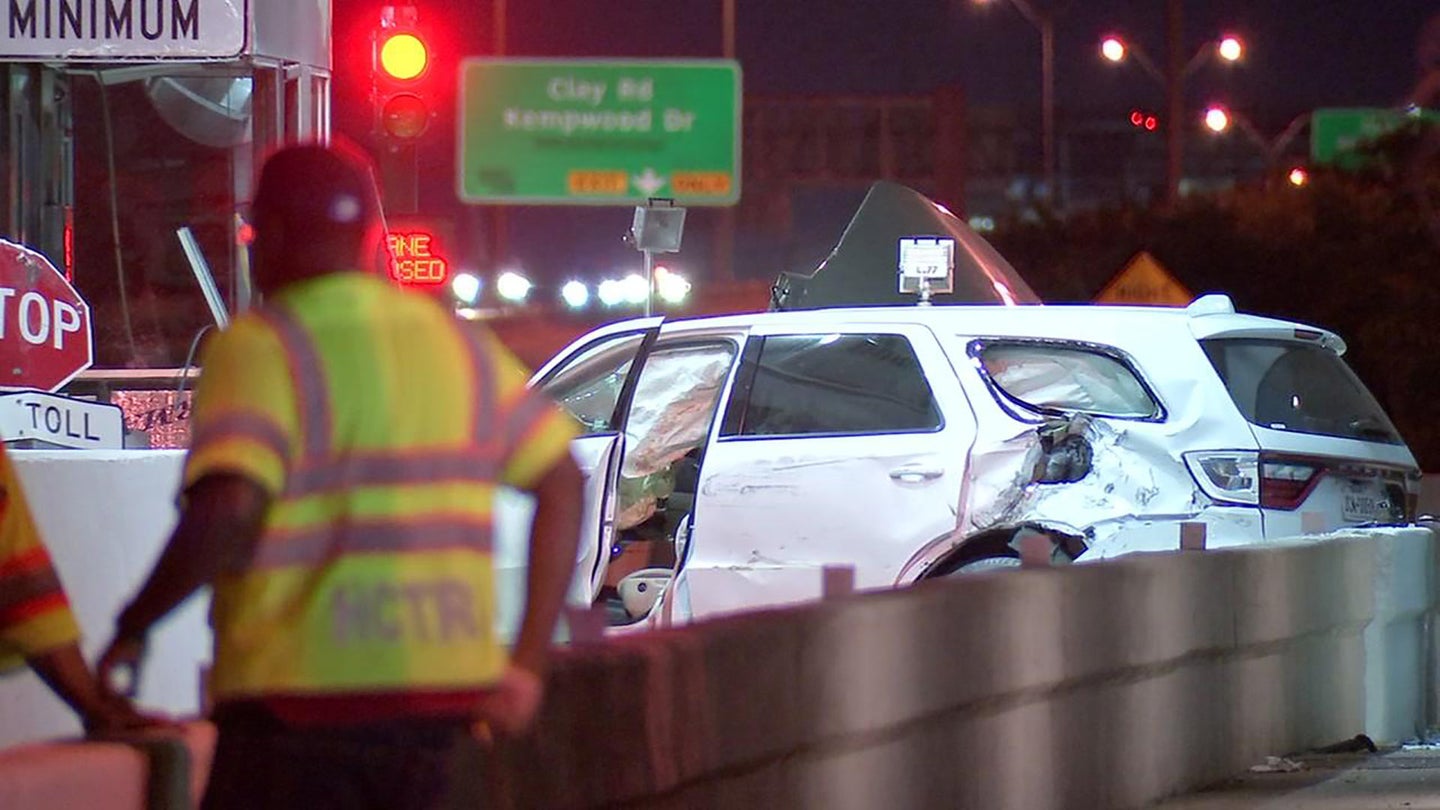 No matter how good a driver you might be, there is always a chance another driver could smash into you. That is one reason why it is important to take crash test ratings into account when purchasing a new car.

Last week, the dangers of everyday driving became all too real when a Dodge Durango smashed into a tollbooth on Beltway 8 in northwest Houston, Texas. According to witnesses, the Dodge Durango was traveling at a high rate of speed prior to the accident and crossed numerous lanes of traffic before violently colliding with a Buick and pickup.

As you can see in the video, the white Dodge Durango throws the Buick into the trailer of the pickup, and then the Durango launches into the tollbooth. The majority of the impact’s energy was diverted to the Buick, subsequently turning the vehicle into a heap of twisted metal. Tragically, the operator of the Buick did not survive, and was pronounced dead on scene.

The operator of the pickup did not suffer any injuries but was understandably shaken up by the incident. The operator of the white Dodge Durango sustained serious injuries and was transported to the hospital in critical condition; however, they will not be charged with anything.

Harris County Precinct 5 Constables said alcohol was not a factor in the crash, and it is still unclear whether or not a medical episode led to the accident.

Miraculously, the lady working the tollbooth suffered only minor injuries.