Dodge's 180-mph super-SUV will reportedly be with us only a short time before bowing out. 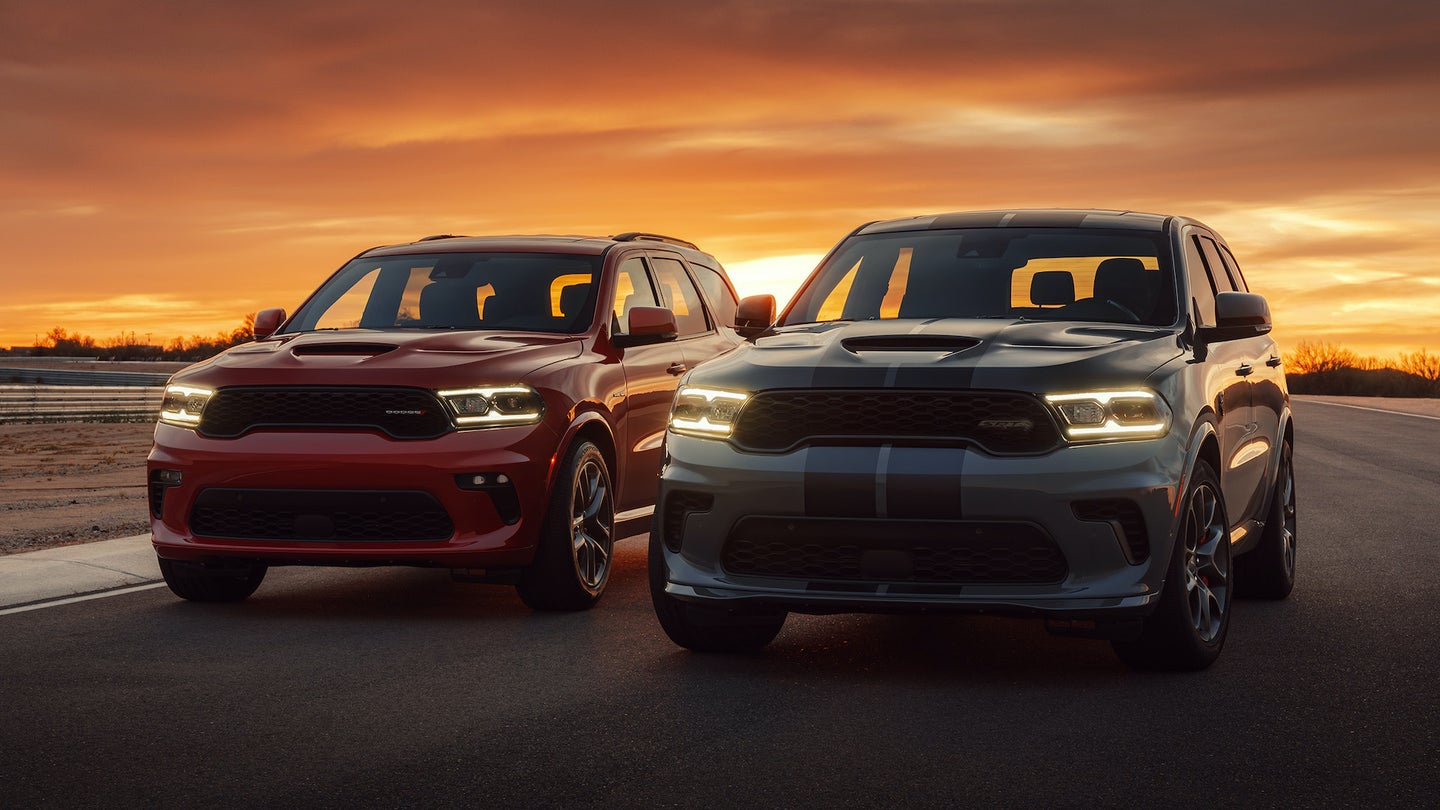 Leave it to Dodge to dump a 700-horsepower supercharged V8 into everything it makes while the motoring media laps the results up like the Second Coming. Not that the 2021 Dodge Durango SRT Hellcat doesn't have anything in common with such, though; both will result in many invocations of the Lord's name, the latter especially when all its 710 horsepower are unleashed on its seven unsuspecting occupants. And perhaps a few will speak His name when they hear what the Durango SRT Hellcat will cost, which will be near-as-makes-no-difference $81,000 according to Mopar Insiders.

Citing documents from “dealer connections," the publication reports that the super-SUV will start at $80,995, or exactly $18,000 north of the 6.4-liter V8-powered SRT 392 model. For their extra dollars, buyers of the Hellcat will obviously get a tremendous extra scoop of performance, much of it coming from the supercharged, 6.2-liter Hellcat V8.

Its 710 horsepower and 645 pound-feet of torque can heave the Durango from zip to 60 miles per hour in just 3.5 seconds, down the standing quarter mile in 11.5, and on to a top speed of 180 mph. Or, you know, just tow 8,700 pounds, though testing that quarter mile time with an Airstream attached would be ill-advised. Trailer or not, the Durango SRT Hellcat needs a way to bleed all its momentum back off, which is where its standard Brembo brakes with their multi-piston calipers and scalloped rotors come in.

And the most expensive Durango by far isn't just some stripped-out performance model, either. Occupants will bathe in Nappa leather and operate tech such as FCA's new Uconnect 5 infotainment system, a 4G LTE wireless hotspot, or for the less technically included, optional Blu-Ray DVD players on the backs of the front-row seats. 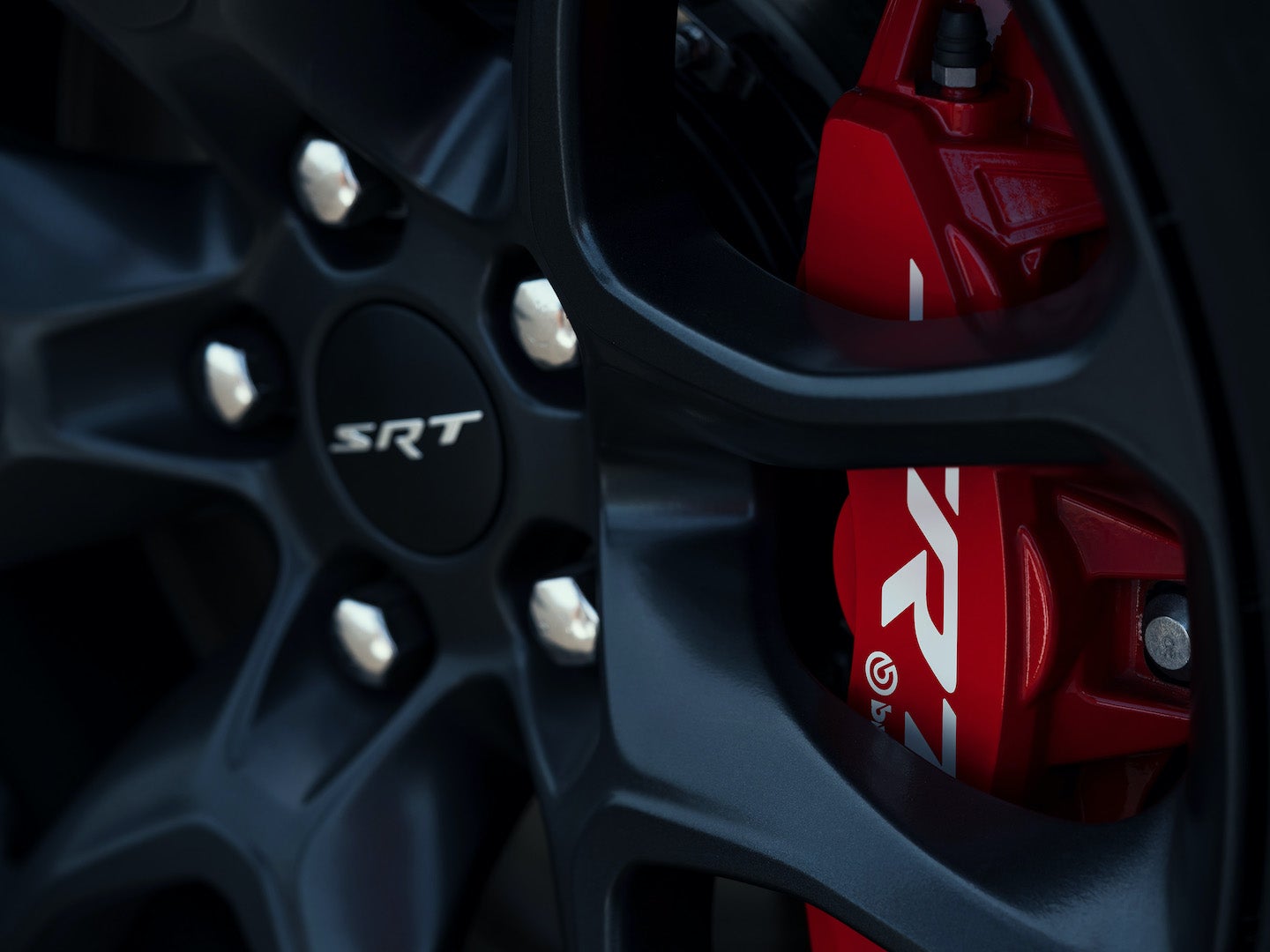 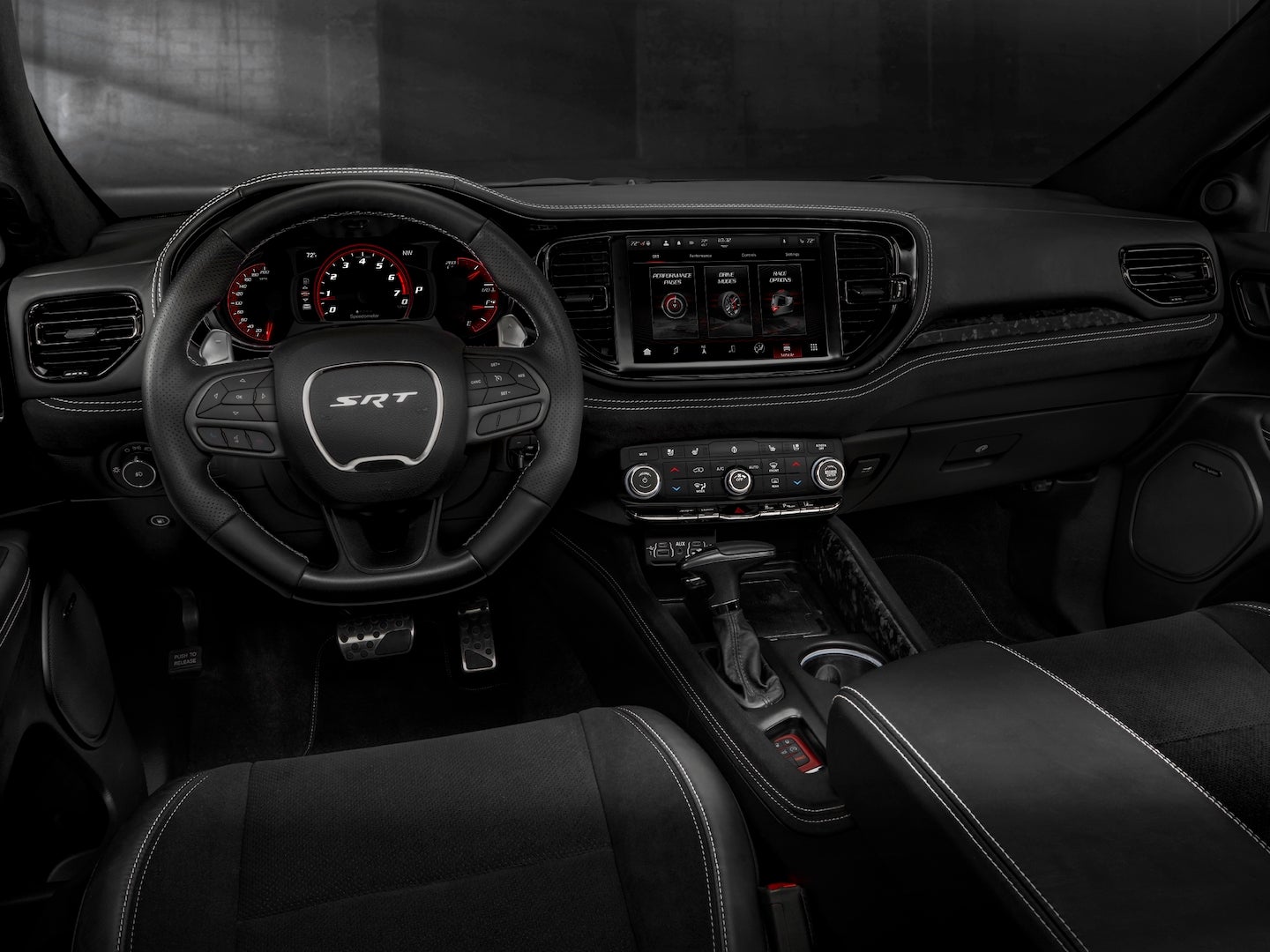 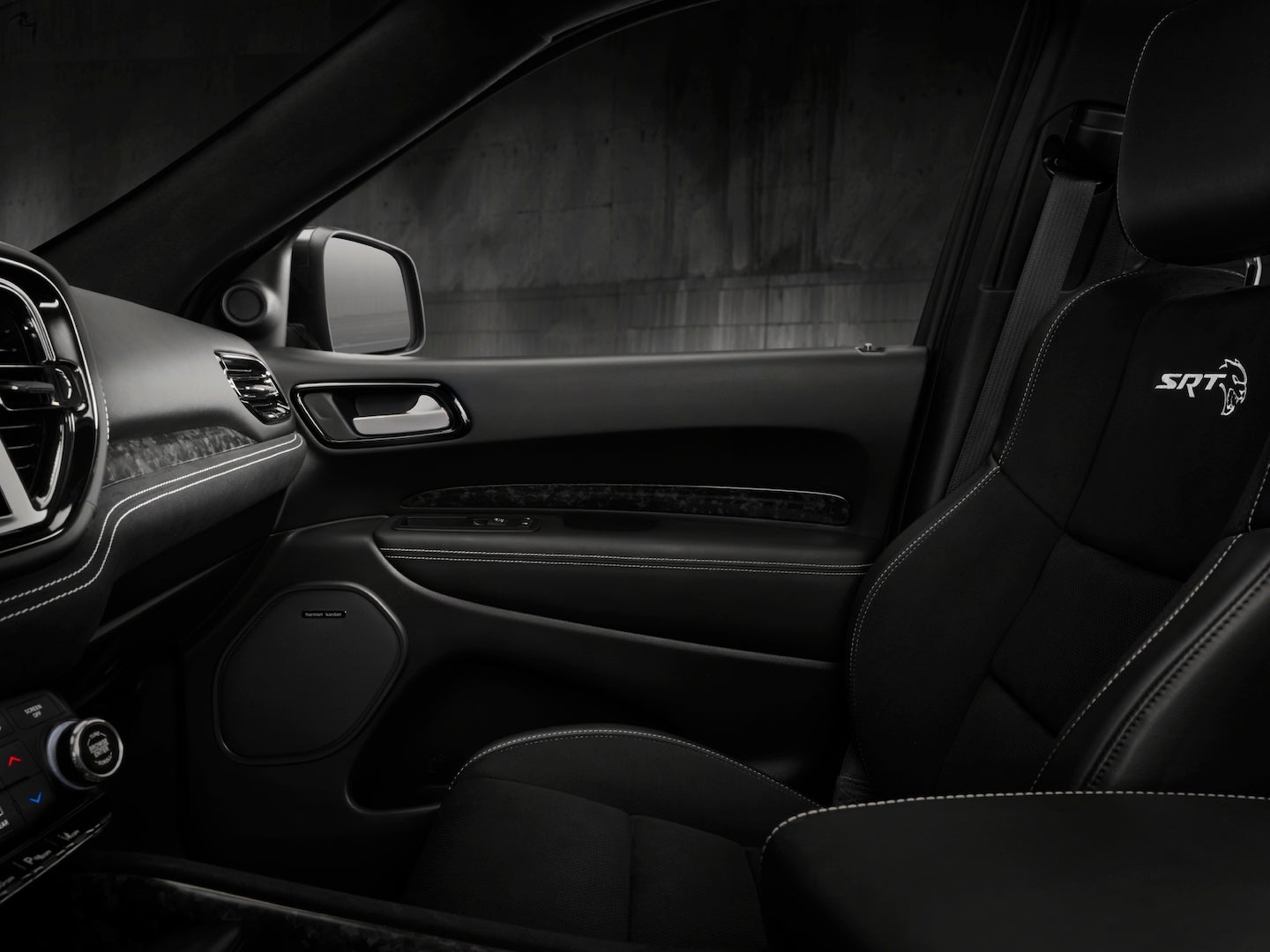 Reservations for this, the ultimate Durango, will reportedly open after allocations to Dodge dealers begin in November. FCA confirmed to The Drive, however, that the Hellcat SUV won't be eligible for the Dodge Power Dollars discount program that officially concludes in January 2021. That same month will also reportedly see the one Durango to rule them all enter its brief, six-month production run; the Durango SRT Hellcat will be available for just the 2021 model year before being taken back off the menu.

FCA North America Passenger Cars boss Tim Kuniskis recently told Muscle Cars and Trucks, “(The Durango Hellcat) is not limited, not serialized like what we do with (Dodge Demon), but we’re only building them for six months.”

“With all of the changes we made in the plant to come back up (to production) post-COVID with the sequencing and spacing in the plant, it’s changed the number we can build… I don’t have an actual number but it will be less than 2,000,” Kuniskis continued. “I don’t how much less than 2,000. It will be determined by customer demand and how much we can build in that six-month period.”

So, if you're on the fence about a Durango SRT Hellcat, you'd better make your mind up quick. The scalpers, after all, have already made up theirs.