After winning the ARX round at COTA last month, Speed notches another victory in Trois Rivieres. 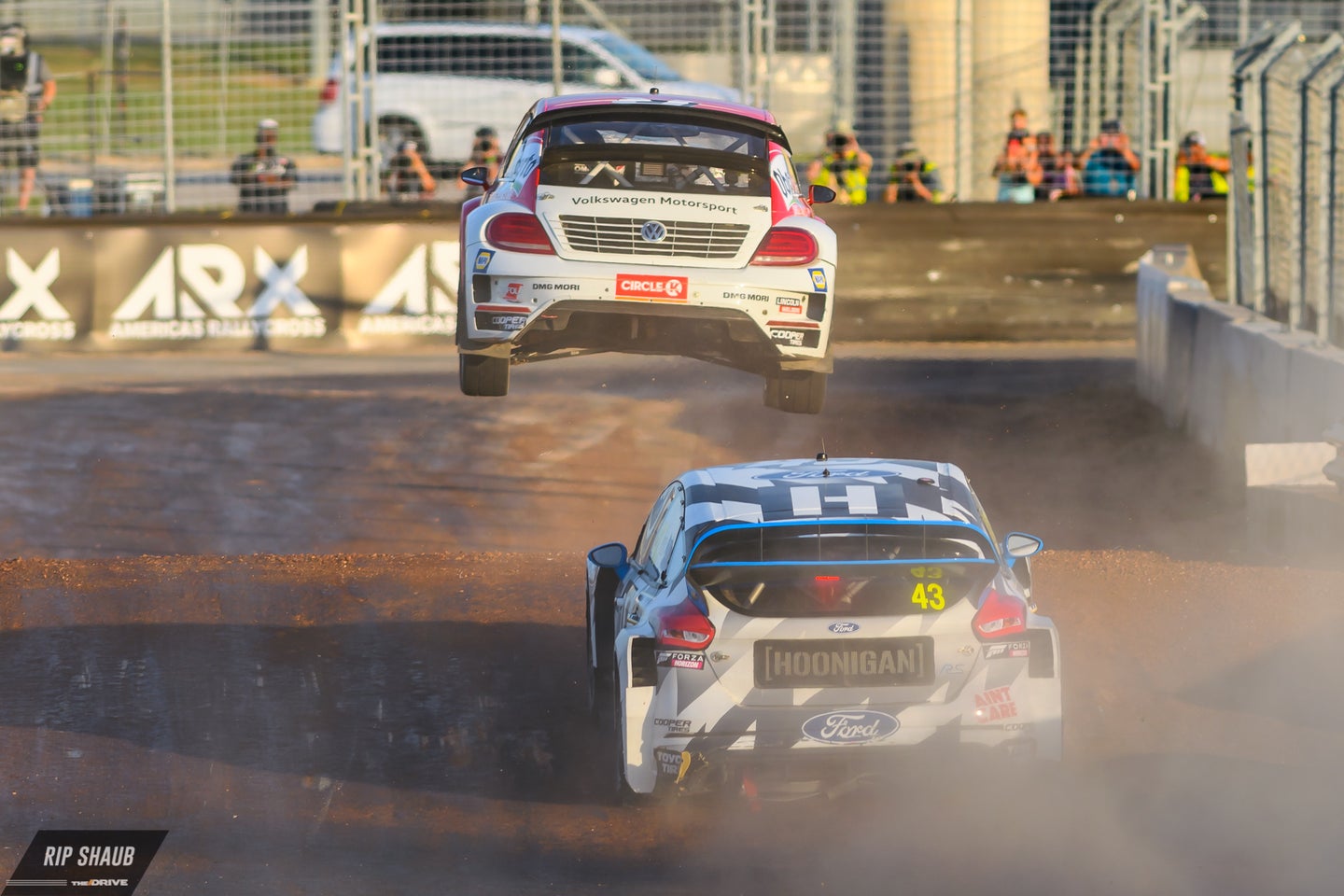 The Americas Rallycross (ARX) series inaugural season is shaping up nicely. The first season is rather short at only four rounds, and on Sunday, the third event of the championship calendar brought the competitors to Trois Rivieres, Canada this weekend for GP3R.

GP3R can trace its roots back to 1967 when members of Club Autosport Mauricien organized a race on the streets of Trois-Rivieres in Quebec. Since 2014, the race weekend has featured the FIA World Rallycross Championship and now, in 2018, it also hosts the fresh ARX series.

Driver of the No. 41 Oberto-sponsored Volkswagen, Scott Speed took the top spot at Round 2 of ARX at Circuit of the Americas and he followed up by grabbing first place in Canada. His Andretti Autosport teammate Tanner Foust took second place, while Head Hoonigan Ken Block nabbed the final spot on the podium with a P3 finish.

After Round 3, Speed has solidified his championship lead over his teammate with 86 points to Foust’s 77. Subaru Rally Team USA driver Patrik Sandell is sitting in third place with 58 points. Block, while grabbing second place at COTA and third in Canada, is sitting in fourth place overall with 49 points mostly due to only racing select events this year as he sat out the first round at Silverstone. Chris Atkinson rounds out the top-five with 49 points, the same as Block.

The next and final event of the 2018 Americas Rallycross Championship inaugural season will bring the drivers back to Circuit of the Americas on September 29-30.