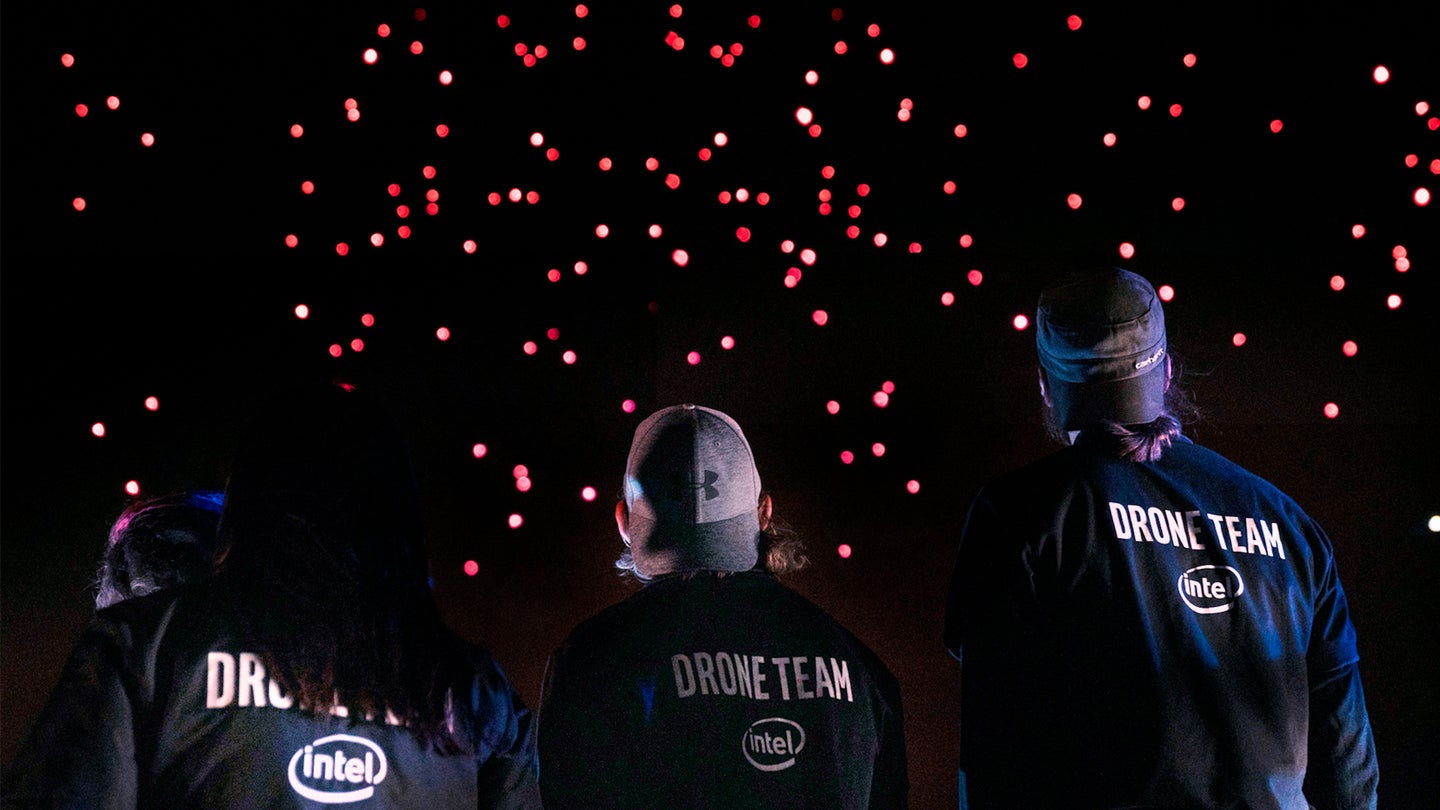 As far as drone light shows go, Intel has been the de facto leader in that aerial space of the industry for quite some time now. To celebrate the company’s 50th anniversary, and its accomplishments in drone technology, Intel flew 2,018 of its Shooting Star drones over Folsom, California on Wednesday, breaking the Guinness World Record for the most UAVs simultaneously airborne (once again).

For Intel, it isn’t just the roster of venues, opportunities, and events it’s managed to wrangle, from the 2018 Olympic Games Closing Ceremony to giving TIME magazine its first drone-captured cover or helping preserve the Great Wall of China. In just a few short years, Intel’s drone division has etched out its own space in this industry, showing no visible signs of slowing down.

“Several years ago, we had an idea of flying drones forming the Intel logo over our corporate headquarters, and here we are doing just that,” said Anil Nanduri, VP and general manager of the Intel Drone Group. “It really speaks to the innovative spirit that Intel was founded on 50 years ago.”

Intel’s Shooting Star drones were developed from the ground up to be utilized for entertainment purposes. These aerial LED-fitted vehicles can display a wide variety of color combinations and have been already proven their mettle and capabilities as reliable, synchronized drone units. We first reported on these UAVs when Intel celebrated Singapore’s 52nd birthday last year, and most recently, when the company celebrated Pride 2018 to honor its LGBTQ community of employees.

On Wednesday, the tech company decided to orchestrate perhaps its most complex drone light show to date.

Watching the team prepare for takeoff and coordinate via walkie-talkie is like being a fly on the wall of an Apollo mission, and without mitigating the efforts of the latter, the Intel Drone Team certainly managed to pull off an impressive aerial display of sophisticated drone technology here. As the promotional video correctly boasts, “the biggest drone light show in the world” included beautifully cosmic spherical clusters, a rotating replica of Earth, a human brain, and inevitably, Intel’s logo, adorned with a strong reminder of the company’s half-century presence in the tech industry.

While it’s fairly satisfying to see the team celebrate it’s official Guinness World Record officiation as it occurred, it’s far more heartening to know that this crew of highly-skilled drone engineers and developers have only just begun to make a dent.