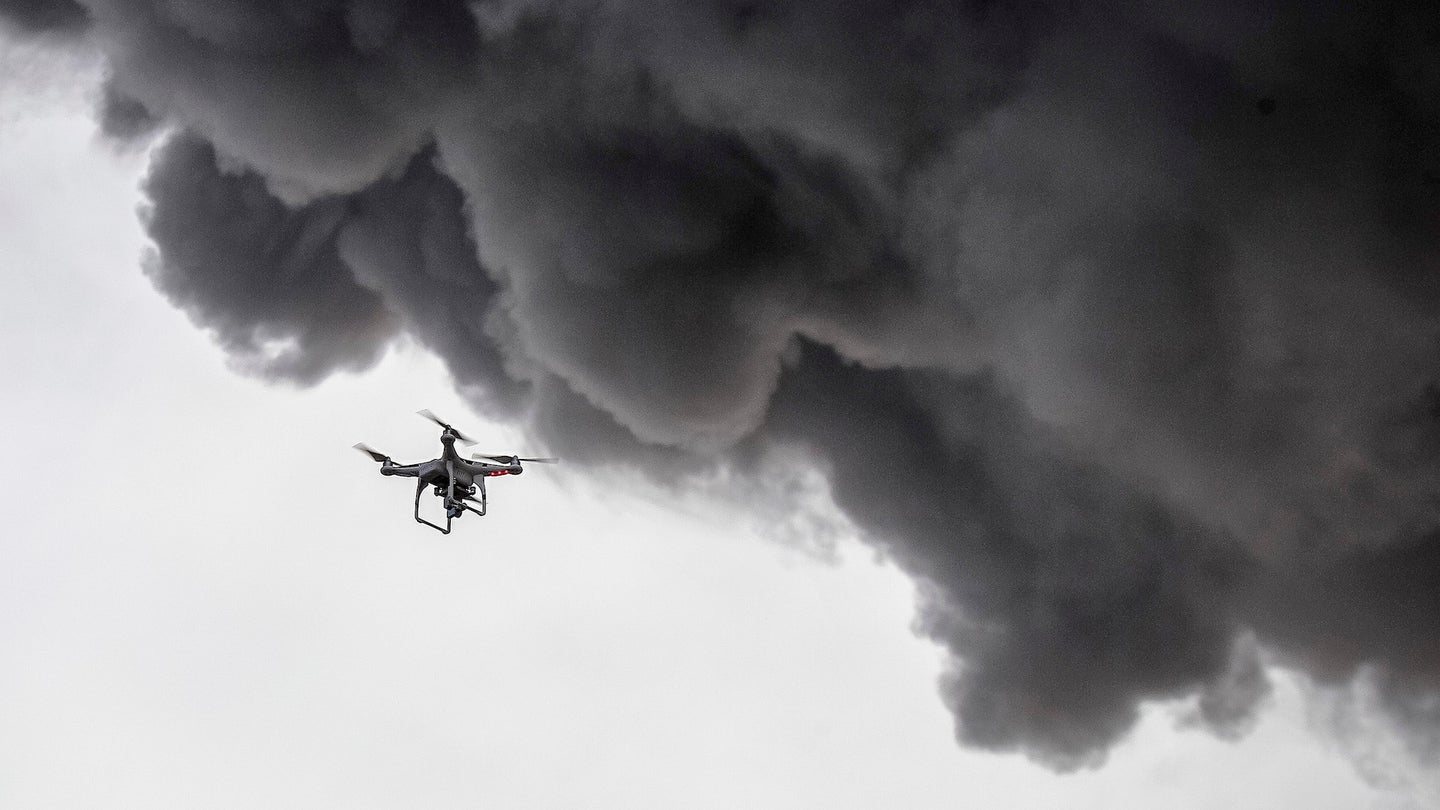 In Poland, authorities have begun using a drone equipped with sensors that can map discrepancies in air quality to detect any illegal pollutants being spewed into the air. According to Radio Poland, the southern mining city of Katowice has become the testing ground for this UAV, which local police hopes will curb violations of anti-smog laws by detecting, locating, and ultimately, fining offenders.

While we've reported on environmental drone use before, this is the first time the unmanned aerial vehicle 6is utilized to essentially sniff out any active, anti-green wrongdoing. In a city as troubled by pollution, and with as small a population as 300,000, it seems an effective test-site for this smog-combatting UAV technology.

Reportedly, the drone being used to track certain kinds of smoke was supplied by Katowice-based aerial surveillance company Flytronic, and can actually evaluate various chemical makeups with its onboard sensors. In other words, a flyby over a neighborhood housing someone emitting hazardous smoke from their chimney stacks will not go unnoticed by this Flytronic drone.

The technology employed here has apparently worked so well that local police have already fined an offender $150 (500 PLN) for breaking the law. According to Radio Poland, Poland's newly elected Prime Minister, Mateusz Morawiecki, made it a point to focus on the country's pollution during his time in office. It's no wonder that drones are being looked at to solve the country's pollution problem—which apparently kills 50,000 citizens a year—as UAVs have become far more sophisticated and affordable in recent years.

According to Deutsche Welle, environmental engineer Marcin Glodniok and his peers helped design a sniffing drone, too. Their aims are to "build awareness about the types of fuel that should be burned in their households, and how to prevent smog," Glodniok said. The mining city of Katowice, which will host the 2018 United Nations Climate Change Conference this December. seems desperate for change. Drones have become an effective tool to maintain, analyze, and improve our planet in several ways. From tree-planting drones to disease-combatting UAVs, people are realizing how significant a weapon these aerial machines can actually be. Katowice's dreams of cleaner air will hopefully hue closer to reality as the year continues, and the looming UN Climate Change Conference draws nearer.

Renfrew County paramedics say drones are a tremendous help and deserve our attention.