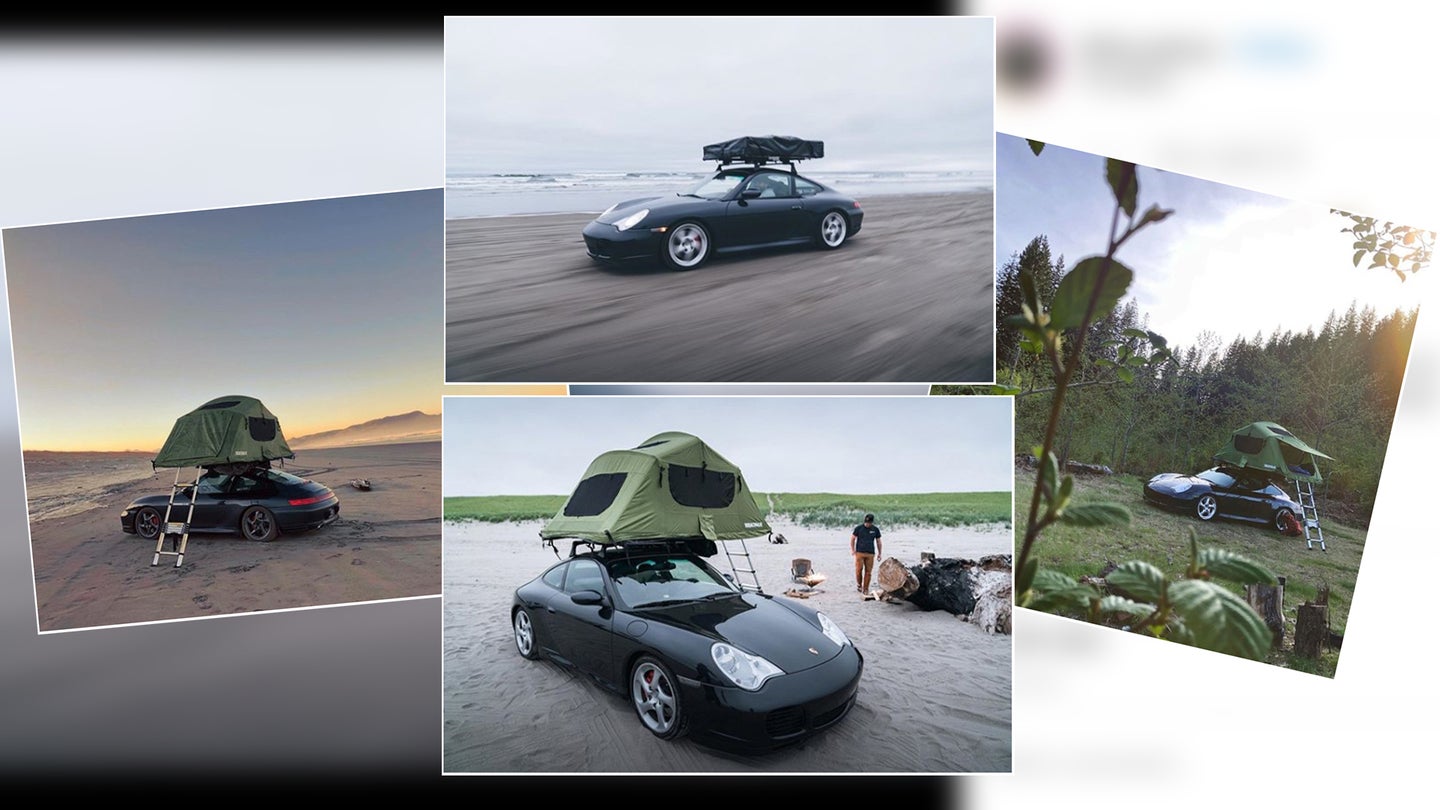 Usually, those who lead an outdoorsy lifestyle that involves camping and overlanding opt for a lifted SUV or truck to help them traverse the roads less traveled. These vehicles typically have lifted suspensions, tons of accessories, and larger-than-life wheels and tires. Not Brock Keen, who takes on the Pacific Northwest in his 2004 Porsche 911 Carrera 4S fitted with a Yakima rooftop tent.

As Keen explained to Germany’s EvoCars-Magazin, he'd planned to go overlanding with his Range Rover Classic, but was disappointed to find the roof tent wasn’t compatible without adding a pricy set of accessory bars. That’s when the Oregon-based adventurer decided to improvise with his second car, the 996-generation Porsche.

After setting up his tent with the car's existing mounting gear, and realized it worked without any additional attachments, Keen sidelined the Range Rover and hit the trail with his 911. Since then, he's posted pictures of the car on sand, gravel, and snow as he treks across the landscape, turning heads along the way.

All in all, Keen, along with his wife and their dog, has spent more than 50 nights in the rooftop tent, many of those in remote places you’d think would be better suited to his Range Rover. The 996 Carrera 4S's all-wheel-drive can take it anywhere that doesn't require Safari-911-grade ground clearance.

You can check out snippets of his adventures on Instagram by following @996roadtrip. Be warned. Checking out his photos may make you start planning your own excursions.

This year, it’s about size!

Building a Broverlander – Part One

Can you truly build a truck to take to dinner on Friday night and camping on Saturday?

The Definition of a Complete Overland Build