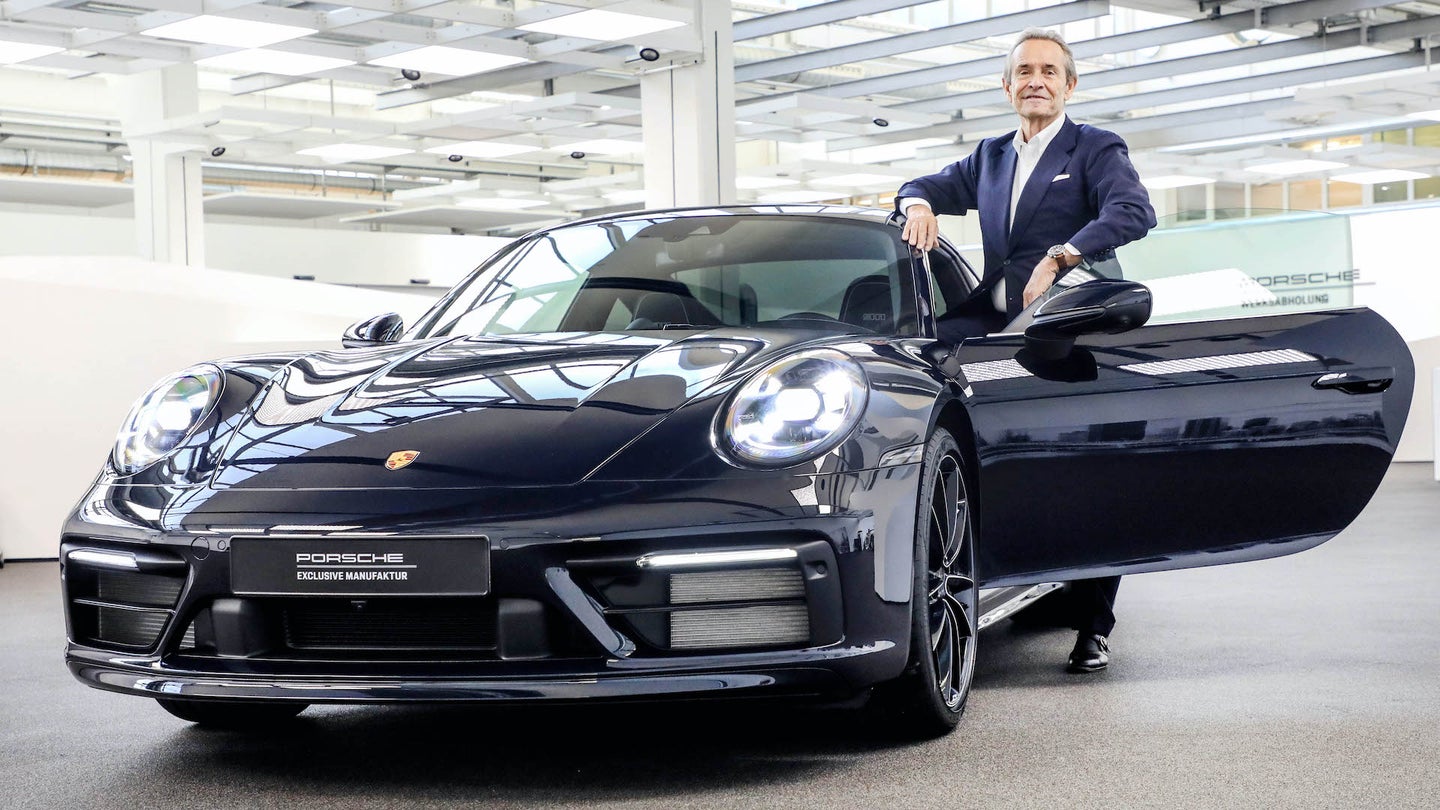 Few racing drivers can even dream of accomplishing as much as Jacky Ickx has. Across his career, the Belgian filled his trophy cabinet with wins in practically every racing discipline; he won eight Formula 1 Grands Prix, the 1979 Can-Am Championship, the Dakar Rally, and even the 24 Hours of Le Mans—six times. Four of his victories at the French classic were achieved in Porsche race cars, so it's no surprise for Porsche to surprise Ickx on January 1, 2020, the date of the racer's 75th birthday, by announcing a limited-edition 911 Carrera in his honor.

A joint project between Porsche Exclusive Manufaktur and D'ieteren, a Belgian Porsche importer, the Belgian Legend Edition is built on the basis of a 2020 911 Carrera 4S, making it the first limited-edition 911 based on the 992 generation. Styled after Ickx's trademark white-on-blue helmet, the BLE is finished in an exclusive, paint-to-sample "X Blue," a color that appears on both the body and the wheels, the latter of which features helmet-echoing white highlights. Its B-pillar bears a badge with the Belgian flag and Ickx's signature, which reappears in the interior as one of the edition's defining motifs.

Opening the door with the Ickx-scripted key fob reveals "Belgian Legend Edition" script on the Porsche's carbon fiber sills, and yet another of Ickx's John Hancocks on the center console. It sits amidst black leather-upholstered power sport seats, which bear exclusive 911-lettered headrests and matching Pebble Grey piping and stitching. Said stitching is all done by hand in an "X" pattern that again nods to the edition's honoree.

Porsche will sell only 75 Belgian Legend Editions and none of them in the United States. These will be exclusively offered in Ickx's homeland, though we wouldn't be surprised to see a few bought by foreigners and flipped for outrageous prices—'tis a tradition with limited-edition Porsches, after all.

Happy 75th from The Drive, Jacky.

Be it Gulf or Martini, the Porsche 917 wore its colors well.

The legendary Belgian driver gets back in his legendary German cars on a legendary Japanese circuit.