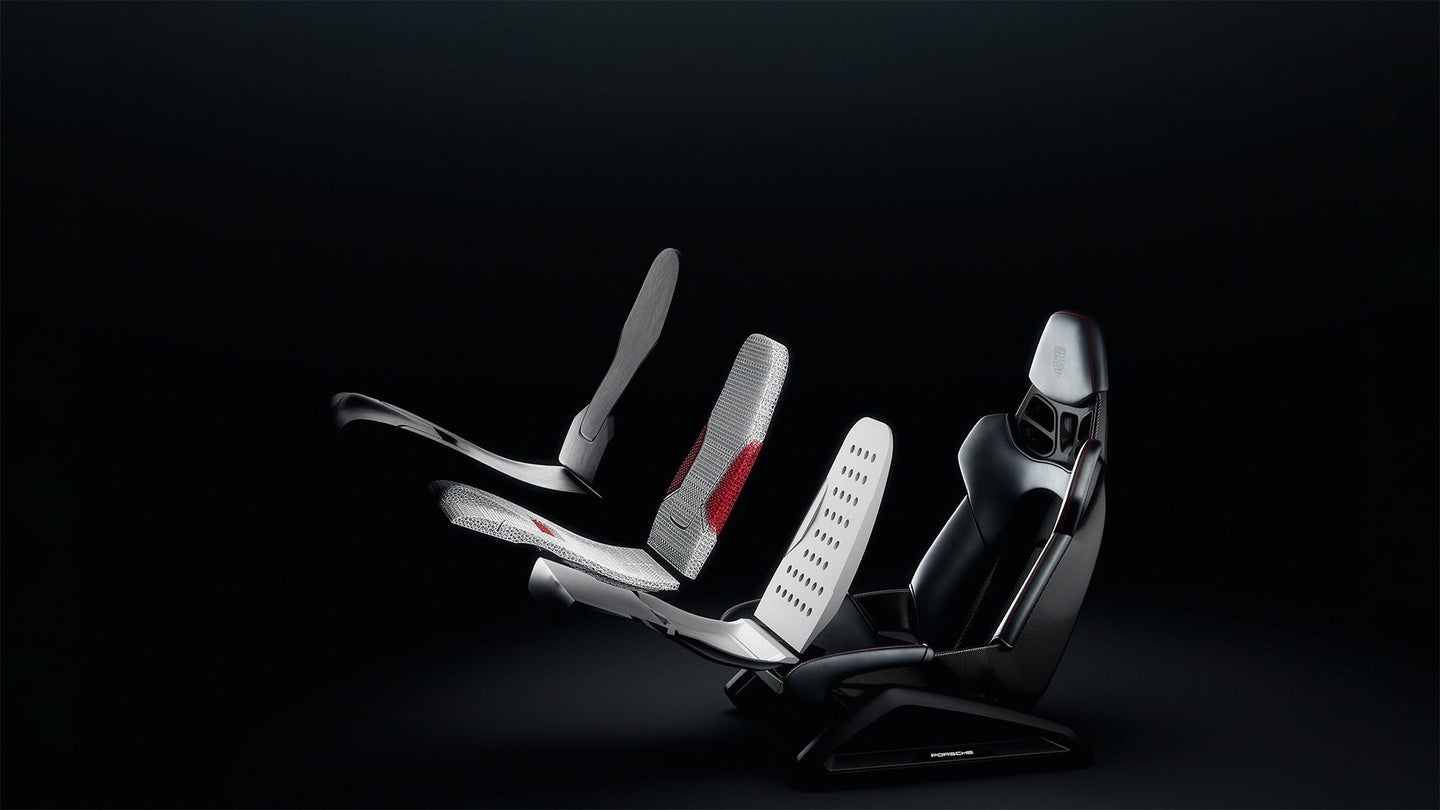 In the past decade, additive manufacturing has become an everyday tool in the automotive industry. While some automakers use it as a resource for rapid prototyping, others look to utilize 3D printing as a tool to build parts on a large scale—or some rather exclusive parts. Such is the case of Porsche, for example, who on Tuesday announced a limited run of fully customizable 3D printed seats for its cars, making the German manufacturer one of the first to make use of 3D printed parts in customer units.

Porsche calls the new tech "3D-printed bodyform full-bucket seat." On the outside, it looks like an OEM-supplied bucket seat, but underneath, Porsche's proprietary Racetex skin is where the fun begins. A 3D printed lattice sits beneath the outer layer, allowing for the seat's firmness to be fine-tuned without the need for complex materials.

The lattice design is exposed on the seat back and base, making the attractively colored pattern visible to the world. But it's not all about design, as Porsche says that in addition to the unique appearance, the 3D printed parts will also help to reduce weight, improve overall comfort, and provide passive climate control.

“The seat is the interface between the human and the vehicle, and is thus important for precise, sporty handling. That’s why personalized seat shells customized for the driver have been standard in race cars for a long time now,” said Michael Steiner of the executive board for research and development at Porsche.

“With the 3D-printed bodyform full-bucket seat, we’re once again giving series-production customers the opportunity to experience technology carried over from motorsports.”

By the way, this isn't just a concept the automaker is showing off. Porsche says its 3D printed seats will actually be available to customers in Europe through Porsche Tequipment beginning May 2020 and, of course, will be limited. Only 40 examples will be produced during the seat's initial run, aimed specifically at 911 and 718 owners.

Following its first build, Porsche will seek to build street-legal versions of the seats and expand on its offerings, enabling new color options and adaptability to body contour.

As 3D printing technologies advance, so in turn could part design, trading weight for strength.