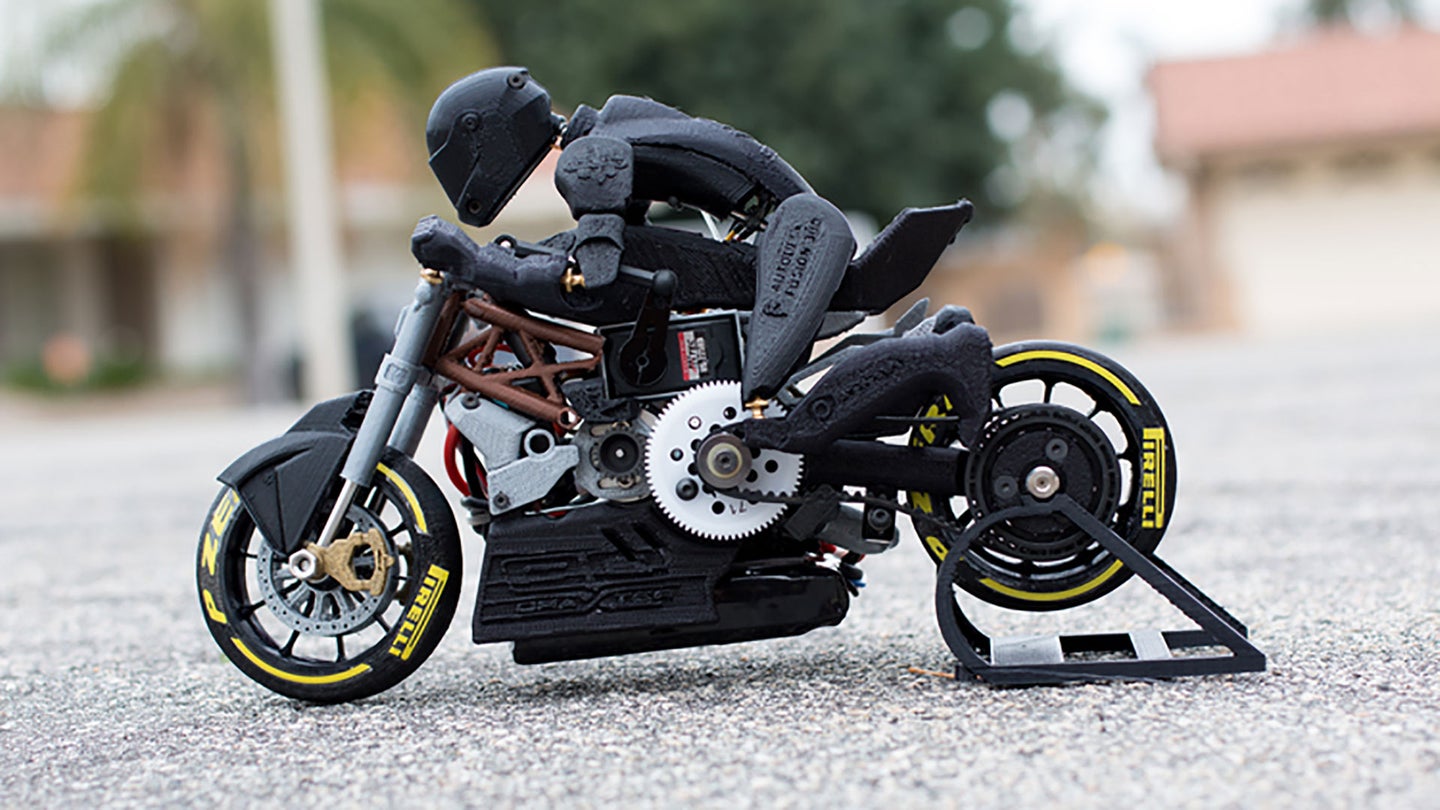 3D printing has really taken off and innovators are constantly finding new ways to take advantage of these new-found capabilities. Brett Turnage, one of those innovators and owner of BTI3Dlabs, has honed his skills enough that he was able to design and print two RC motorcycles, and equip them with riders..

With extreme attention to detail, Turnage began designing his miniaturized 2016 Ducati Draxter Concept and small-scale 2016 Suzuki GSX-RR MotoGP motorcycle back in June of 2016. Five months later and the RC bikes were complete, along with a step-by-step guide for others to follow in his footsteps.

Turnage believes that 3D printing allows the RC industry to give more attention to detail, as fabricating the little machines is easier and more adaptable than using conventional molds. It's the same reason the automotive industry has so quickly adopted 3D printing technology for rapid prototyping and design.

What I find most impressive is that the drivetrains of these tiny machines were printed, and successfully channel power from the gears to the belt drive. Even more extraordinary is that the tiny rider is the mechanism turning the bike. When the little figure moves forward and backward, the steering is pulled left or right to turn the vehicle.

All in all, very impressive stuff for such a small device.