This is peak model car aficionado. 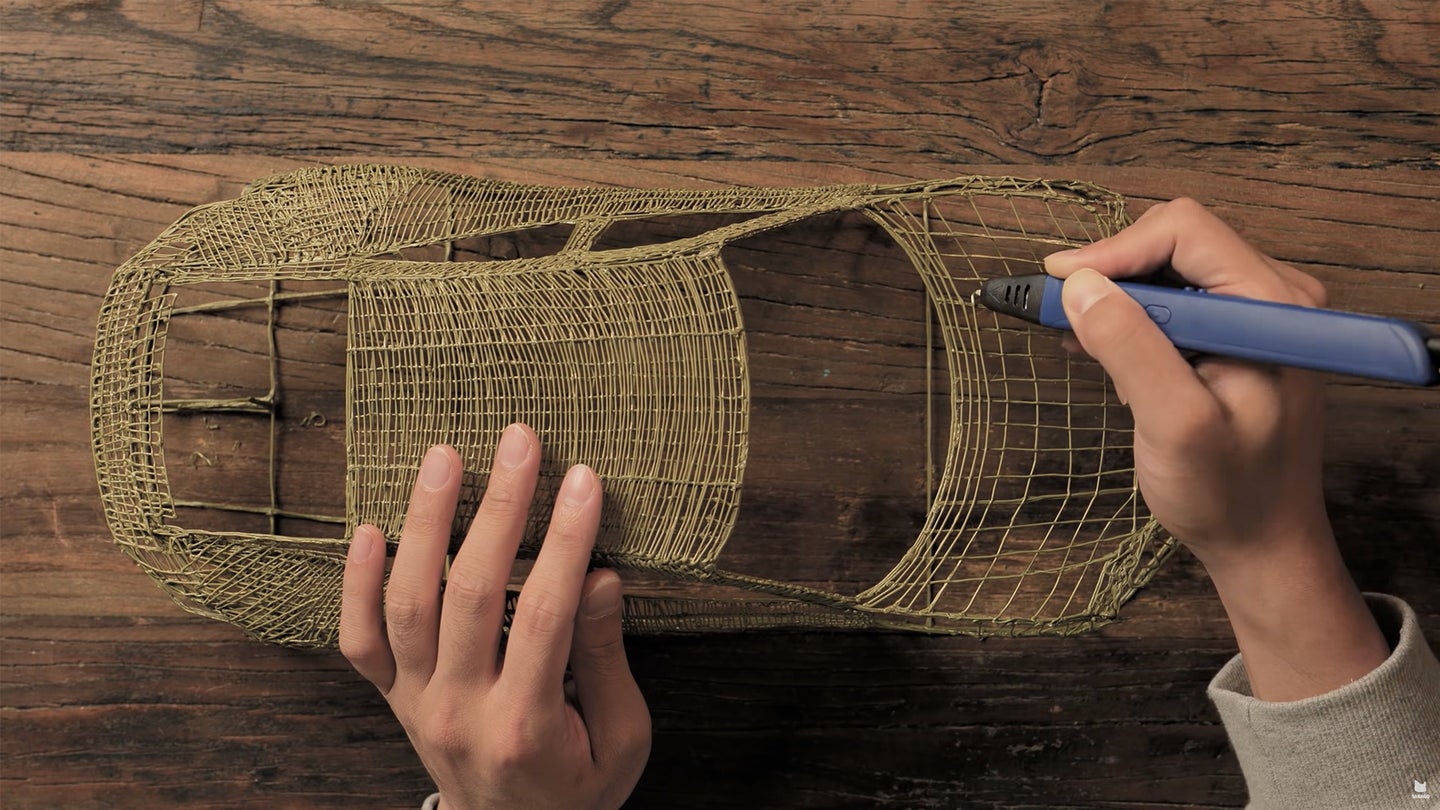 I'm not sure which hobbyist group is more creative—the people who build custom RC cars, or the ones that carefully craft every tiny detail into their stationary models. Whichever it might be, I think we've just found a crossover-hit that mixes passions into a jumble of beautiful 3D-printed craftsmanship.

Meet the YouTuber equipped with a 3D Pen who goes by the name of Sanago. His niche? Building wild crafts using bits of melted plastic, including this meticulously designed Porsche Taycan RC car.

The car is built in several steps. First, Sanago sketches the car on paper, carefully creating an inked wireframe view of the top, side, front, and rear of the Taycan. After he's finished with that, Sanago whips out his 3D pen and gets to work.

In case you aren't familiar with these neat contraptions, think of them like a 3D printer that can fit in the palm of your hand. The tiny heater melts and extrudes strands of plastic as if it were being scribed with a writing utensil, and instead of a fancy box of circuitry determining where the plastic is laid, your brain guides your hand to form the proper shape.

Using the wireframe as a guide, Sanago can re-trace the lines he previously inked, but this time he uses the 3D pen to place a thin layer of plastic over top.

Once each side of the car is formed, he peels the layer off the paper and continues to the next. After every side is completed, he begins stitching them together into a three-dimensional frame.

Next, Sanago fills in the empty air by moving back-and-forth in a grid pattern. These grids get smaller and smaller until he completely fills any holes. He then smooths out the entire surface using a soldering iron and allows it to cool.

The surface is still rough and needs a bit of work to look more like German-pressed steel. He then uses a rotary tool and various grits of sandpaper to smooth out the surface before laying plastic putty onto the body to fill in any imperfections.

It somehow gets even more intricate from there. Sanago carefully crafts the smaller pieces of the front bumper and glues them in place. He then moves onto the headlights, building their profile from wood and heat-forming a thin sheet of plastic over them to match the factory profile. He even uses clear plastic to build a small fixture to carry the light in Porsche's iconic four-point pattern. He also uses similar materials to make an illuminated heckblende taillight and sheets of shaded acrylic for the glass.

Lastly, he builds the finer details. Side mirrors, a number plate, and "Porsche" lettering—all before airbrushing the entire car in a shade of green paint.

Sanago ends the video by dropping the completed body onto an RC frame and taking it out into the snow for some slippery hoonage.

I have to admit, this is one of the finer uses I've seen of a 3D pen. And better yet, Sanago's entire channel is filled with unique projects like this, and each one has soothing subtitled commentary that I can't help but enjoy. And while this may not be a full-size replica of an Aventador, watching the build process is just as satisfying.