What happens when two drift tandem trains come together from opposite ends of the track? 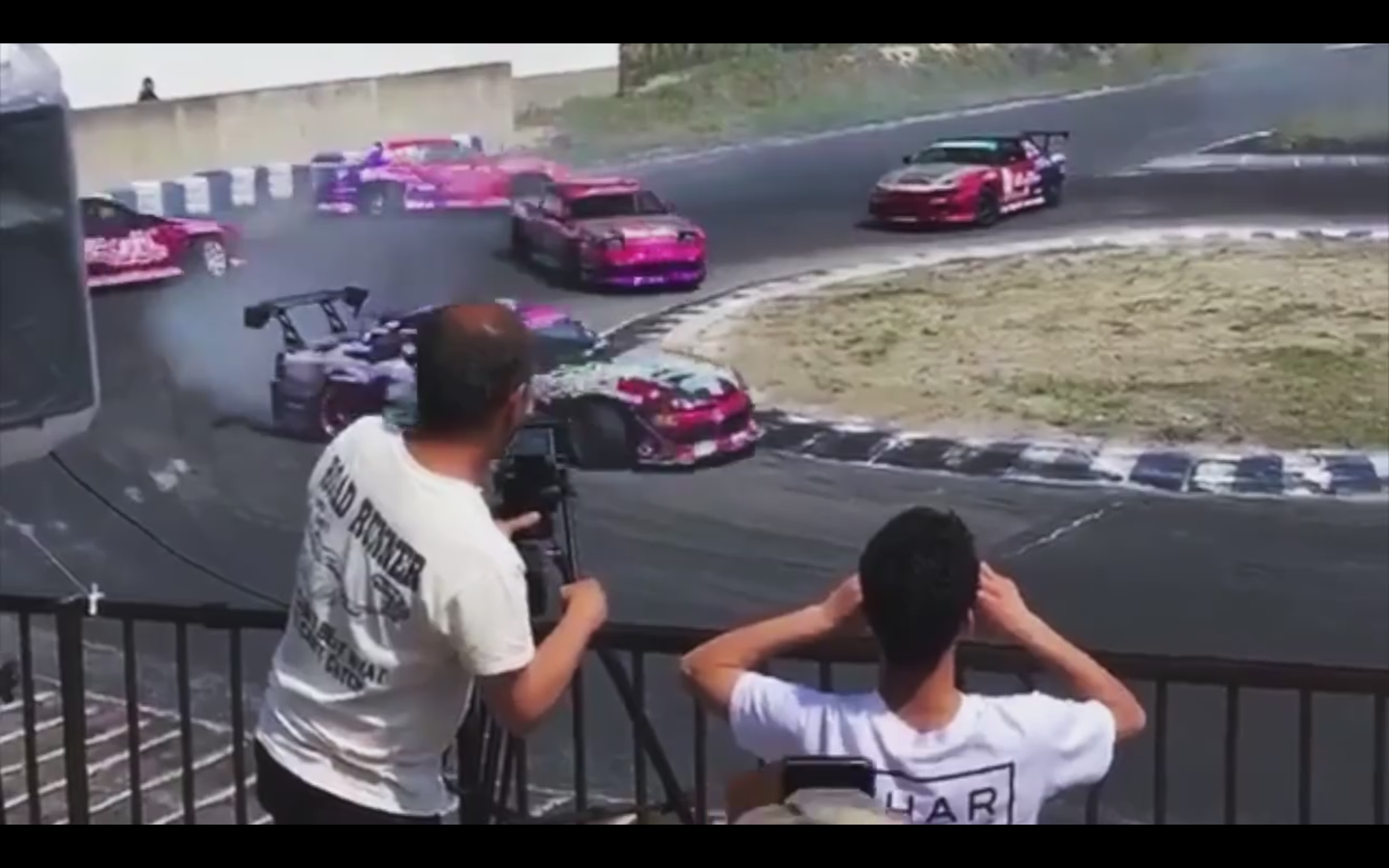 Things could have turned out really differently for Team Burst member Naoki Nakamura if he wasn't arrested for street drifting in Osaka back in 2011. Following the incident, Naoki was not only penalized with a 500,000 yen fine and two-year driver's license suspension, but also received an indefinite ban from D1GP.

Despite his ban from competition, Naoki-San remained active and continued to showcase his talents with his drift team. Naoki drift footage is relatively scarce, but you'll see the wild character never lost his touch. In a drift demonstration at the MEIHAN Sportsland C Course, Team Burst showed what old school drifting is really about.

Although the video is less than 30 seconds, it's pure gold and easily one of the greatest things you'll ever see -- what starts as a three car tandem is curiously joined by two more drift cars drifting on the opposite side of the track. At first, it looks as though different members of the team are entertaining fans at different parts of the track. However, it doesn't take long before you realize the pair of tandem trains are headed for a collision course. Like a team of synchronized swimmers, the drifters nail the timing and formation necessary to drive over and under one another from opposite directions.

Blink and you'll miss the flawless buildup, setup, and finally the perfect execution. Check out Team Burst demonstrate their raw talent at the Meihan Sportsland C Course in the video below. Feel free to watch it over and over again.