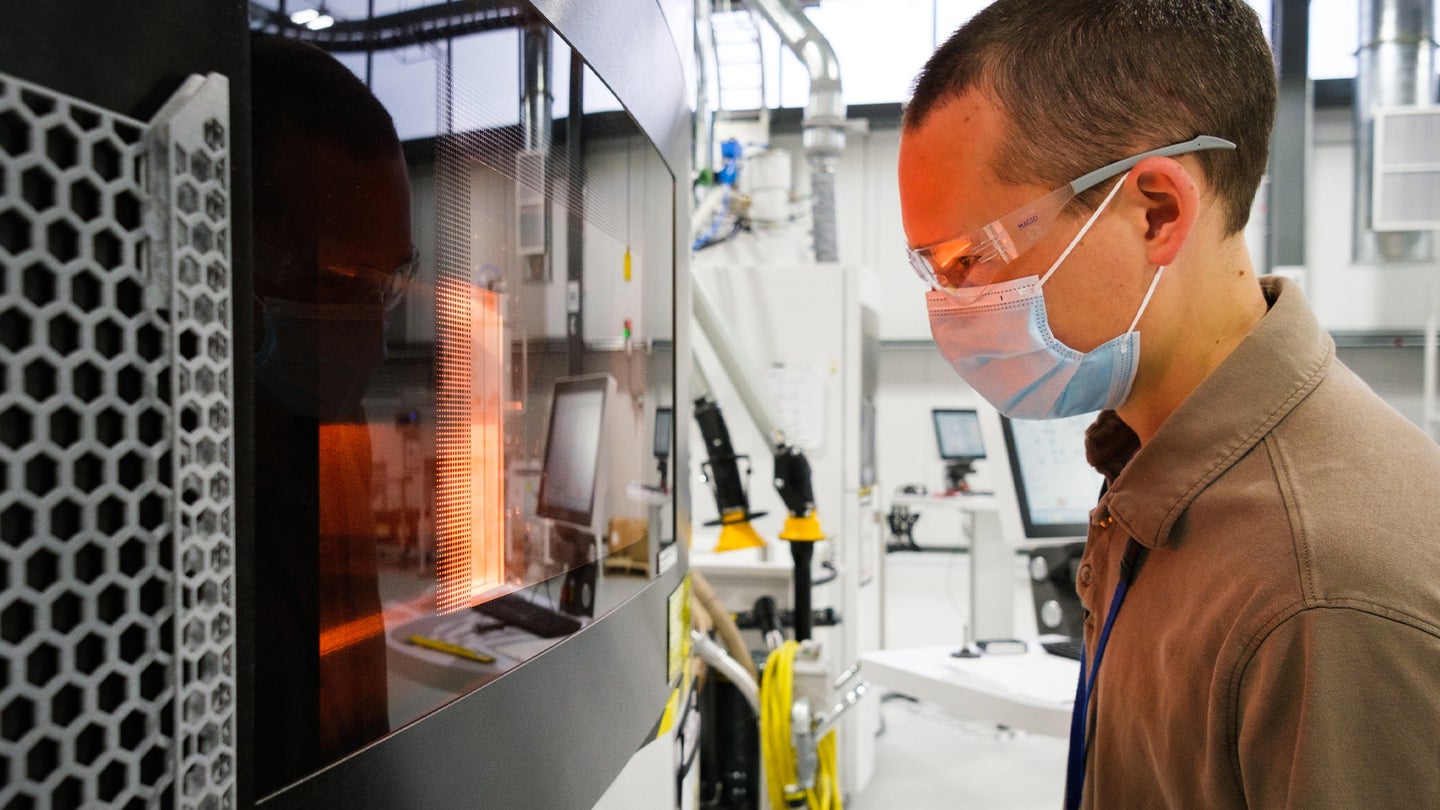 General Motors announced on Monday the opening of a new ground-up facility dedicated to additive manufacturing. That means GM's engineers will have access to an entire branch whose main purpose is rapid prototyping, which will not only speed up vehicle development but also significantly cut down on the costs required to design a new car.

Most 3D printers that you see on the shelf use a technique called fused deposition modeling. A 3D model is broken down into rudimentary instructions for a printer to understand. From there, it extrudes a melted plastic composite onto a build surface area one layer at a time until the model is completed. While GM will have several of these printers, it'll also use several more industrial-oriented units that make use of techniques like selective laser sintering, selective laser melting, and multi-jet fusion—meaning they're rightfully more powerful than something you'll use at home today.

This has enabled GM to produce a host of parts that the company is using in pre-production cars, at body shops, and several vehicles that it actively races like the Corvette C8.R and Silverado race truck.

“Many recent product programs have benefitted from 3D-printed prototype parts in one way or another,” said Audley Brown, GM director of Additive Design and Materials Engineering. “Not only can these parts save time and money, but the team also uses 3D-printed applications during product development to overcome unexpected challenges in real-time.”

We recently showed you the shifter of the upcoming Cadillac CT4-V and CT5-V Blackwing's manual transmission—as it turns out, the medallion on the top of the shifter was 3D printed, as were several HVAC ducts and a bracket for an electrical connector. These will actually be the very first production cars in GM's lineup housing 3D printed components, a prime example of how far 3D printing has evolved so far.

GM has also used the printers to speed up the development of future vehicles. For example, the brake ducts on the C8 Corvette emerged from the AIC. White collars at GM credit the facility for saving the company nine weeks of development and a 60 percent reduction in overall R&D cost for that particular part.

That's not where it ends, though. GM's Arlington assembly plant in Texas—where the Cadillac Escalade, Chevrolet Suburban, Tahoe, and GMC Yukon are produced—was also given the gift of 3D printed components. The AIC printed nearly 100 proprietary hand tools to support the launch of GM's new full-sized SUVs, and because it was able to control the design and manufacturing process in-house, GM reduced the tool weight from between 10 and 40 pounds down to just three pounds by printing them using a nylon carbon fiber composite.

Looking to the future, GM plans to expand its 3D printing capabilities to allow for more niche applications. That means reproduction parts for classic cars and personalized applications for new vehicle buyers that would otherwise be cost-prohibitive to produce. It's fair to surmise that 3D printing may allow for GM to have additional revenue streams using this manufacturing process, and consumers will certainly benefit by having more choices when building or restoring a car.