What, you're afraid of a little color? 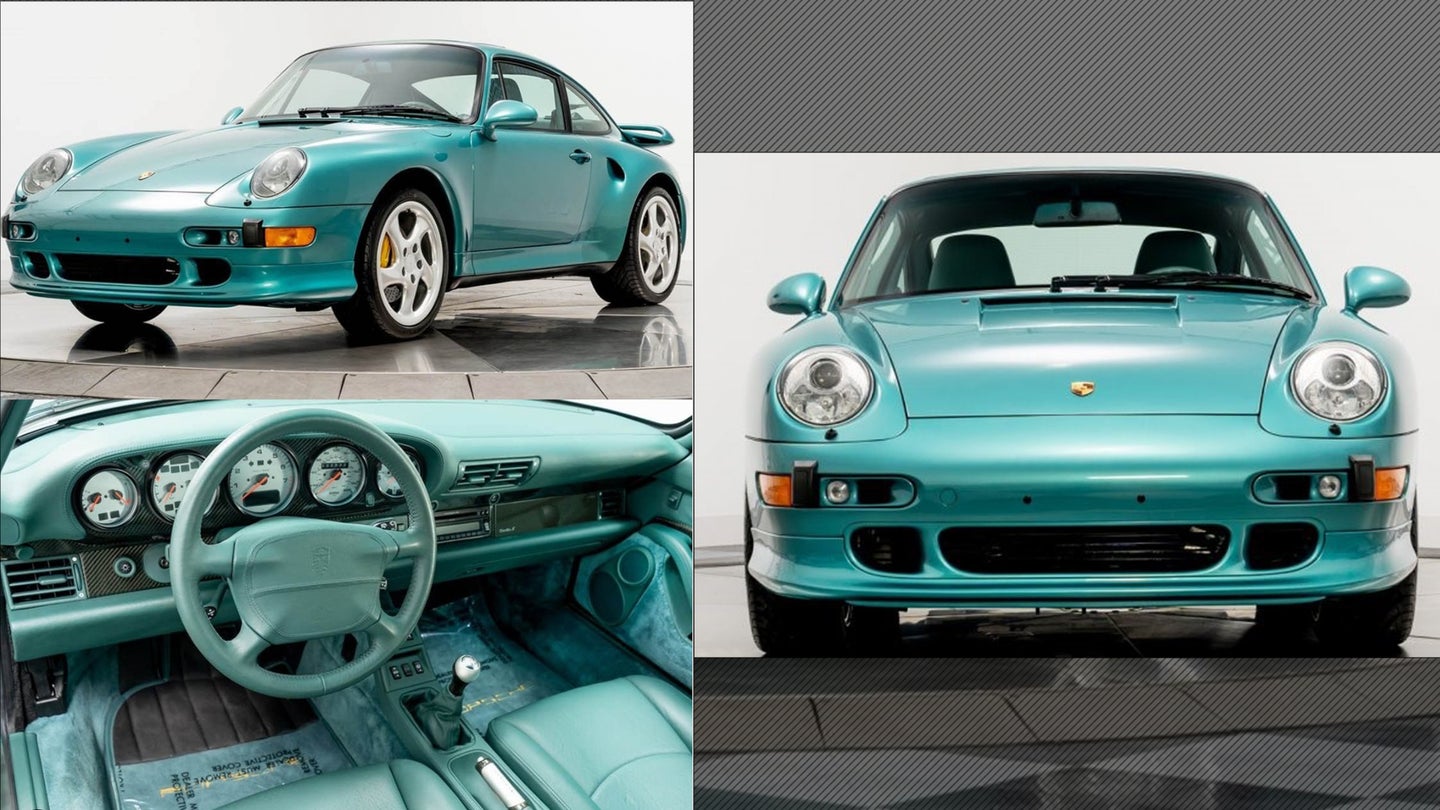 Knowing how serious Porsche's engineers are about performance, we're welcome to just about any and every 911 that's dressed in vibrant colors. Bonus points if the inside is as crazy as the outside. We've seen enough black 911s—give us one that's painted in Wimbledon Green! With Nephrite Green underneath! Like this 1997 911 Turbo S that's available on duPont Registry! 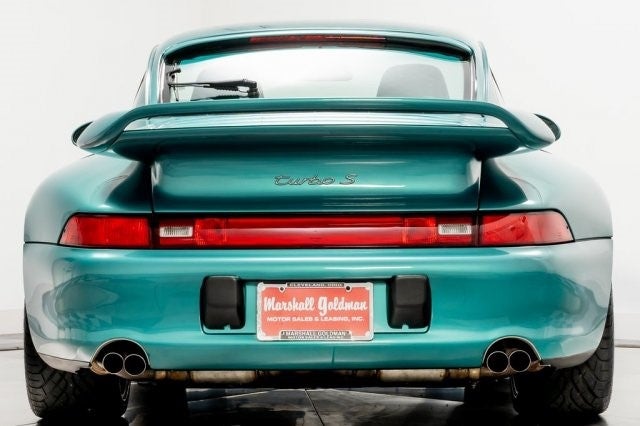 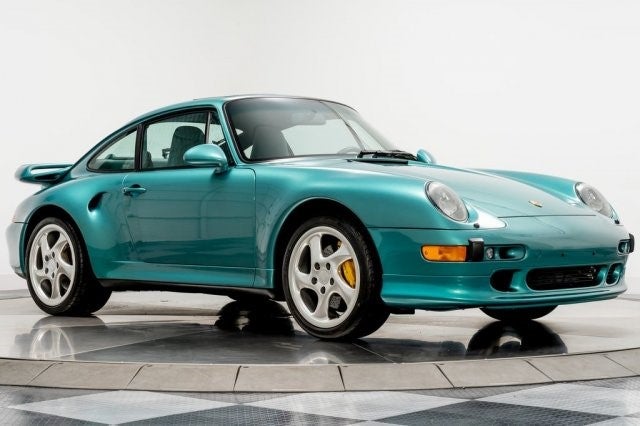 Not only must you be a person of great taste to appreciate this car for what it is, but you'll also need to be incredibly rich if you wish to purchase it. As it turns out, the air-cooled Porsche bubble is yet to burst as this admittedly perfect (don't call it mint) example is listed at $795,900. But we'll just toss that number aside because it's not like any of us are actually brave enough to buy a Porsche with such an, erm, unique aesthetic.

The 911 Turbo S has probably never had its legs properly stretched given the 532 miles shown on the odometer. That's a shame, really, as the Porsche's 424-horsepower, twin-turbo flat-six is surely quite good. It's paired with a six-speed manual transmission, as you'd expect, and multiple car magazines tested this model's 0-60 time at well under four seconds when it was new. 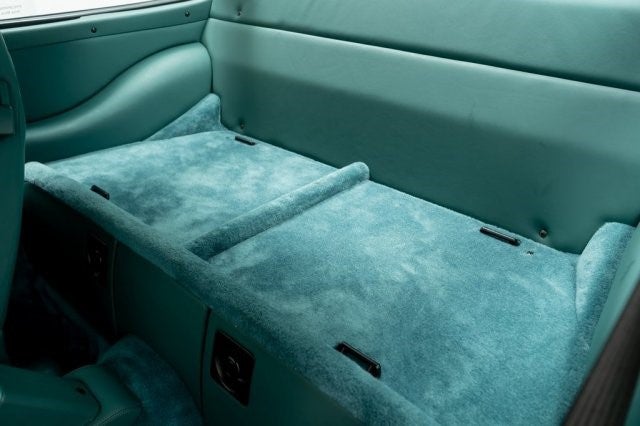 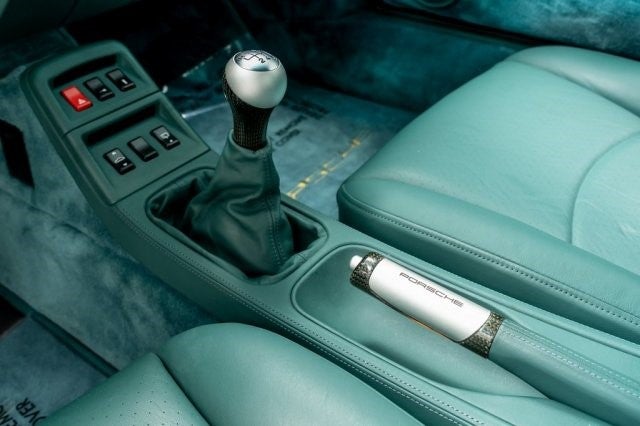 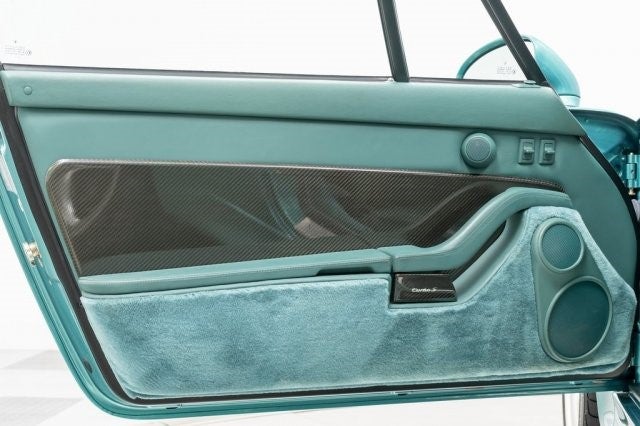 Ignoring the fact that this car has barely seen 60 miles per hour in its 23 years of life, we'll move on to the interior. As the ad mentions, virtually everything is leather-wrapped, save for the wonderful matching carpet that's not only covering the floor but also where the rear seats would go, had the original owner not ordered it with a rare rear seat delete. Its two front buckets, however, are fully power-adjustable and there are five CD holders in the center console. Ah, the '90s.

This car also wears special Aerokit II bodywork, a full carbon fiber interior package, and other rare options that factor into its apparently astronomical value. It's almost certainly the only Turbo S in this color combo, and for that, it's ever-more lust-worthy to a bunch of plebs like us.

That said, if we were in a position to buy, it'd be hard not to choose a brand-new 911 Turbo S as well as maybe a 911 GT3 for a few hundred thousand dollars less. Since we aren't, though, we'll just hope this green beauty goes to a good home that'll use it but also care for it in a way that only diehard Porsche fans could.