The Crazy President of Turkmenistan Just Banned Women From Driving

The country’s Interior Minister reportedly claims women are responsible for the majority of car crashes. 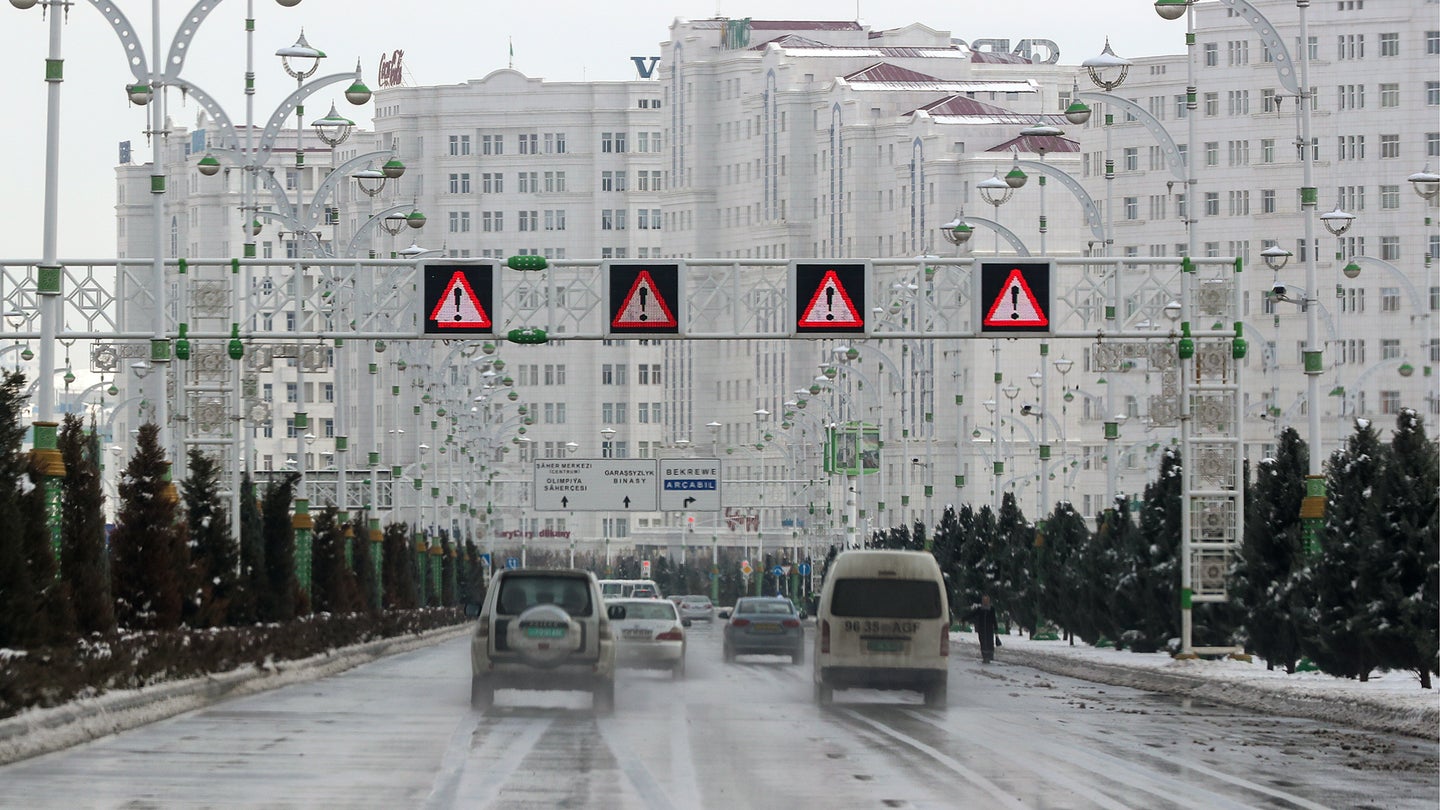 Fresh of banishing black cars from Turkmenistan based on a superstitious hunch, the country's strong-arm leader has one-upped himself by officially banning women from driving in the central Asian republic.

President Gurbanguly Berdymukhamedov reportedly issued the edict in December at the request of Turkmenistan's Interior Minister, who argued that women drivers are responsible for the majority of car accidents in the country, according to AKI Press. Police have begun enforcing the law in earnest this month, seizing the licenses and vehicles of women caught driving.

Last year, Saudi Arabia took the first steps towards ending its notorious prohibition on women drivers, the last such policy in the world at the time. But it seems Berdymukhamedov is willing to risk further global infamy by taking the Saudi government's place as the last one standing.

To recap, this comes on the heels of Berdymukhamedov prohibiting citizens from owning black cars because he believes they are unlucky. Drivers have reported having their cars towed away and being given instructions to pay an exorbitant amount for a new paint job before getting it back, with white being the color of choice for the regime. Of course, being the boss means you don't have to play by the rules: Berdymukhamedov himself drives a bright green Bugatti Veyron.

But this ban on women drivers feels entirely more sinister. According to the Chronicles of Turkmenistan, women with driver's licenses have also been receiving random phone calls from police asking for information on how they passed the test and paid for their vehicle. And with no written decree in place, police officers who have stopped women drivers simply "refer to verbal instructions issued by higher-ranking authorities."

Just following orders, ma'am. It's turning out to be a terrible year for drivers—and everyone, really—in Turkmenistan.

The country’s president has decided to ban black cars from the capital city, Ashgabat.