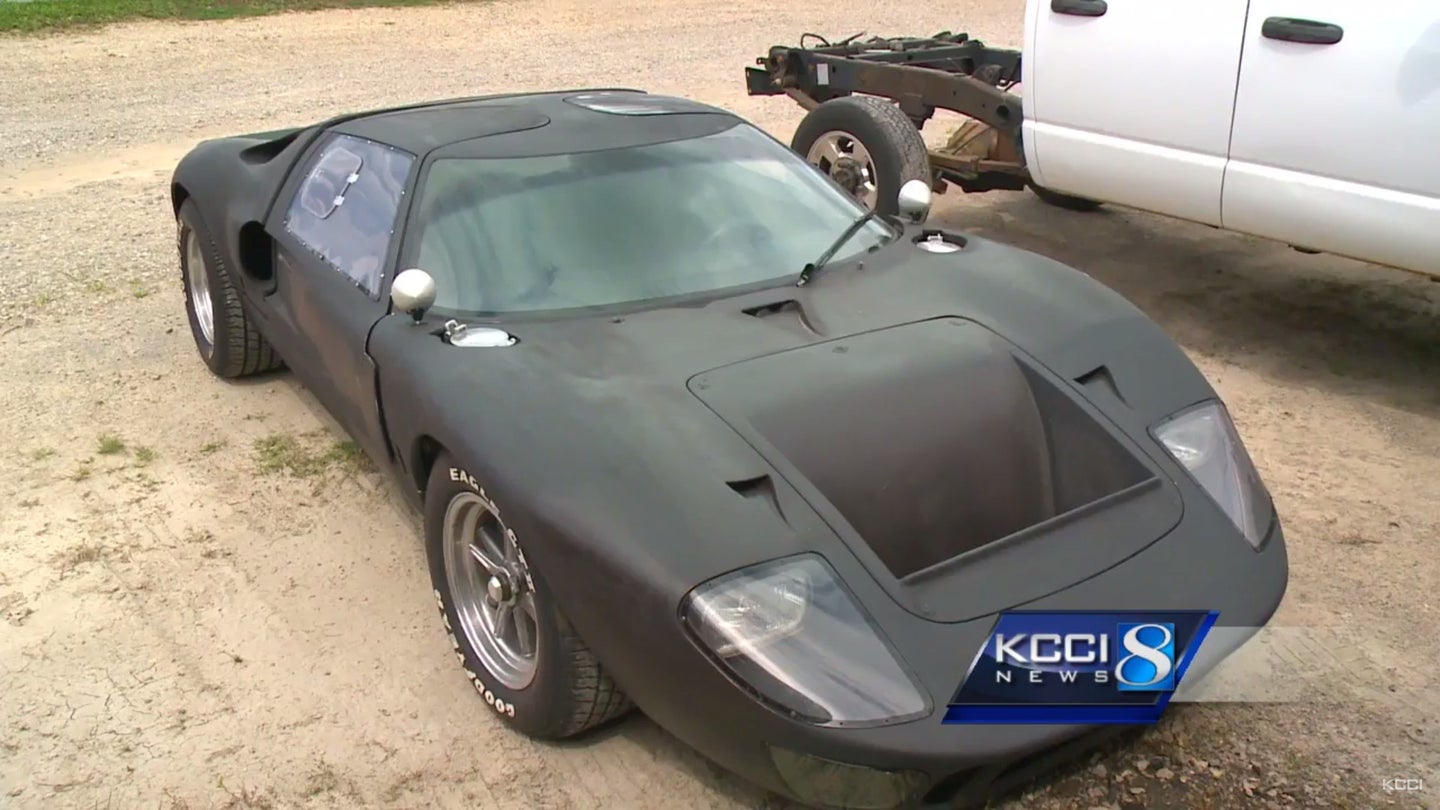 An artistic car thief is cooling his heels in jail today after allegedly stealing a rare 1966 Ford GT40 replica, only to get caught after spray-painting the car black and parading around the small central Iowa town where the owner, police, and members of the community were actively searching for it, according to KCCI News.

Marshall County Supervisor Steve Salasek was understandably upset when he checked the garage where he stored the bright yellow GT40 replica a couple of weeks ago and discovered his "dream" car had been stolen. He notified police, the Marshalltown City Facebook page put out an all-points bulletin asking people to be on the lookout for the distinctive car, and the story quickly spread around the area.

Now usually when thieves abscond with a rare or otherwise noteworthy vehicle, that's true—it's usually either stripped for parts in an underground chop shop, or quickly dropped into to a container bound for another country....or set on fire. But KCCI reports that police say alleged thief Patrick Chamberlain instead opted to spray-paint the car matte black and hope that residents of this small town wouldn't notice a second 1966 Ford GT40 replica mysteriously appearing in their midst.

Unsurprisingly, it didn't work. Within hours of the Facebook alert going up, people wrote in saying they had seen the car. A few days later, police themselves spotted Chamberlain cruising through Marshalltown in the rattle-canned GT40 and arrested him, charging him with theft, possession of a controlled substance and drug paraphernalia, and a few traffic offenses for good measure. Salasek told KCCI it was "pretty devastating" to see the terrible paint job, and replica GT40 or not, we have to agree.

Fortunately, the original yellow is still visible in a few spots, so hopefully it's a thin enough coat that a professional might be able to get it off without damaging the paint underneath (assuming the car's clear coat was still intact).

"One way or another, it'll come back to life," Salasek said.