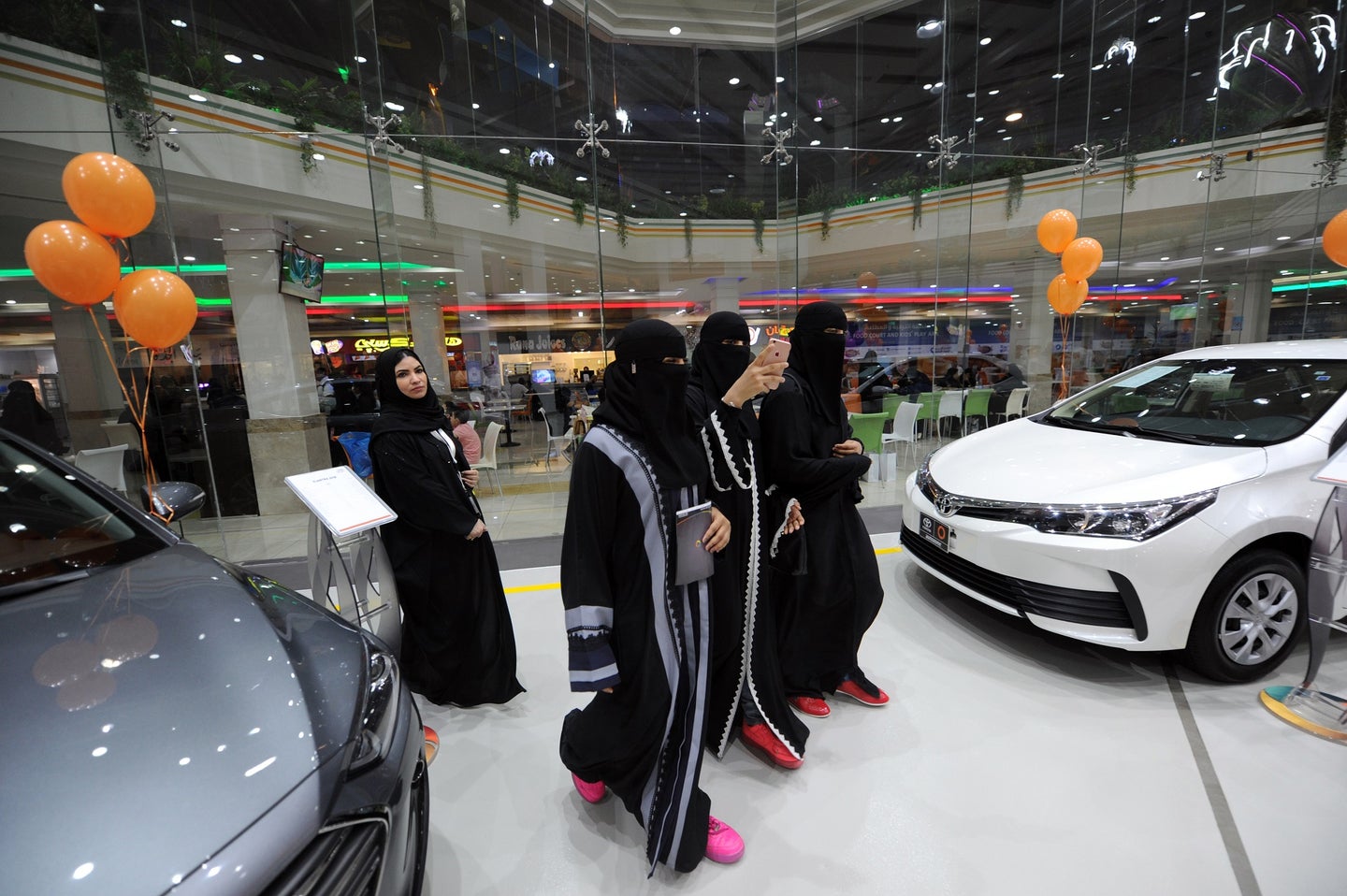 Just recently equality in Saudi Arabia took a big step forward as women will finally be allowed to drive on their own. It was a big deal, prompting some very clever advertising campaigns around the globe. It was only a matter of time before the Saudi auto industry caught on and started tailoring its approach for the female consumer. According to The Independent, last week the first women-only car show was on display.

The show was held at Le Mall in Jeddah Thursday. The car show focused on fuel-efficient models and was manned by a team of saleswomen to help answer questions. Fuel efficiency has become a more important characteristic of automobiles in Saudi Arabia after the government hiked domestic gas prices and introduced a new value-added tax this month.

The showroom was covered in signs with the slogan, “Drive and Shop.” It was a play on words in Arabic which used the female form of the verbs. The head of the exhibition’s sales team, Sharifa Mohammad, thought that putting the auto show in the mall made perfect sense, saying, “It is known that women are the largest section who shop in malls. This whole mall is run by women anyway. All the cashiers are women. Everyone in the restaurants are women.”

Saudi Arabia had been the only county in the world which still had an explicit ban on women drivers. That all changed last September when a royal decree by King Salman ordering the ban would end. Many observers see Crown Prince Mohammed bin Salman as the new face of change in Saudi Arabia. Young Saudis believe that his recent rise to power is proof of a new, more liberal generation taking hold in the country. They hope that this is the first of many reforms aimed at opening the doors to progress and equality.