Although the driving ban on women lifted, there are still bureaucratic and cultural obstacles keeping some women from getting behind the wheel. 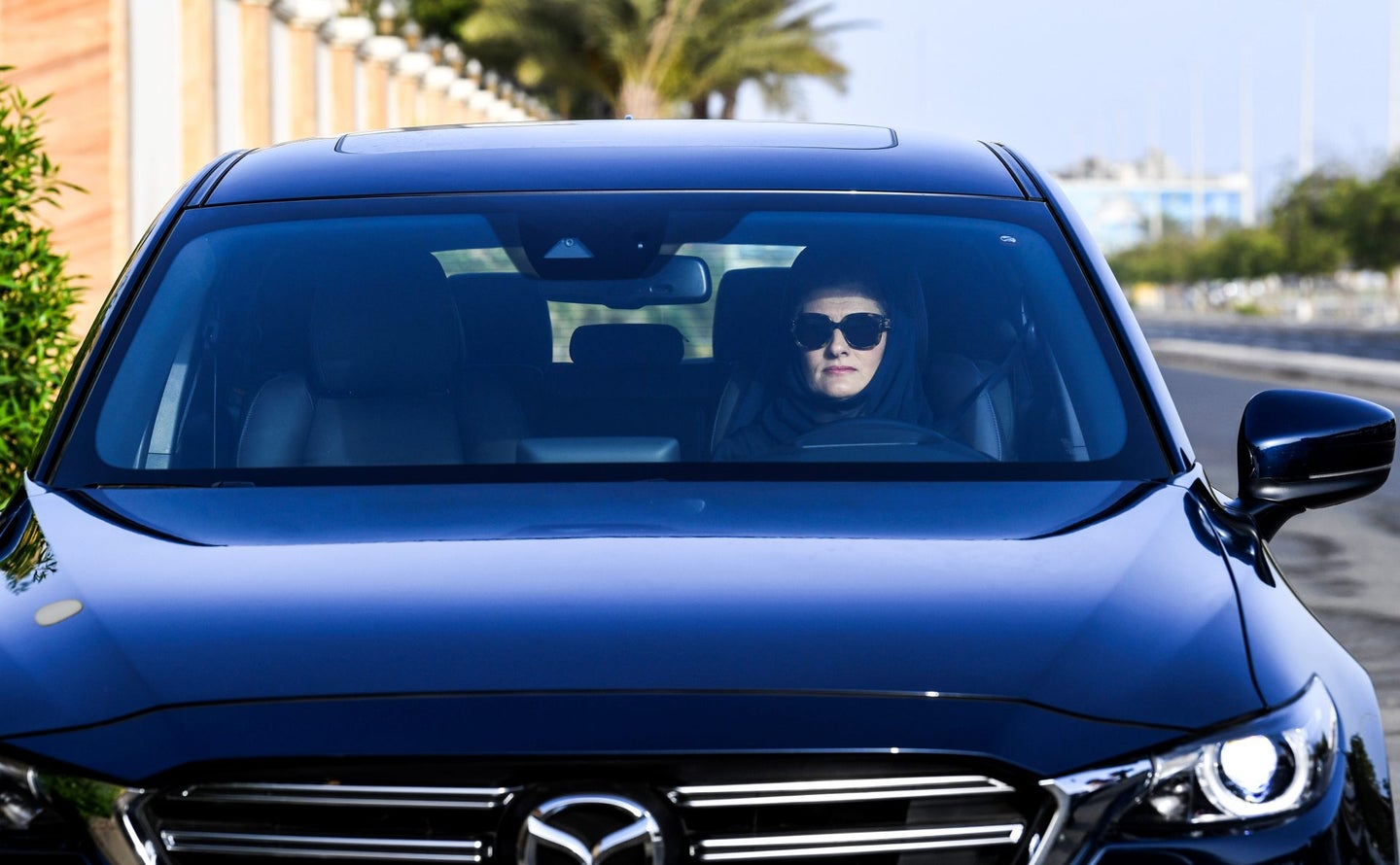 Although the ban has been lifted, there are still bureaucratic and cultural roadblocks preventing all women from getting in the driver's seat according to Al Jazeera. Currently, there are only a few driving schools open and a shortage of female instructors, who are needed as women are segregated by gender. Plus, the cost of driving lessons for women is substantially higher than the cost for men.

The initial decree lifting the ban on women drivers began nearly a year ago in September. This new cultural shift is part of the Crown Prince Mohammed bin Salman's Vision 2030 plan and a push to create a more "modern Islam.” Some licenses were issued at the beginning of June to women who were current foreign license holders.

Saudi Arabia had been the only country in the world to have a ban on women drivers. The event is a milestone. It even sparked Arab News to commission a special cover, which it shared on Twitter, “To mark #SaudiWomenDriving Day, @ArabNews has commissioned French illustrator @malikafavre, renowned for her @NewYorker and @VanityFair work, to create a special cover. Here is the animated version.”

The decree which laid the groundwork for Sunday whereby all Saudi women were now able to obtain a driver’s license and hit the road on their own was a major undertaking for the ultraconservative Saudi Arabia as well. Many cautioned that women drivers would lead to sin and expose women to harassment. However, according to the Associated Press, before lifting the ban, the kingdom passed a law against sexual harassment with up to five years prison for the most severe cases.

While it is now legal, there are still barriers for some women in the country to secure a driver's license.

The only place for women to gain real road experience is in one of the six universities in the kingdom that have driving schools. Princess Nourah bint Abdulrahman University and Imam Muhammad ibn Saud Islamic University in Riyadh, King Abdul Aziz University in Jeddah, Tabuk University, Taif University, and Effat University which collaborated with Ford Motor Company and its “Driving Skills for Life" program are the only places where women are able to learn to drive. Due to the need to fill female driving instructor spots and the small number of driving schools for women drivers, there's a waiting list for driving lessons for women in Saudi Arabia.

The cost of driving school can also prevent access. "The fees for having lessons are six times more than men," according to Suad Abu-Dayyeh, Middle East consultant for the Equality Now non-governmental organization in an interview with Al Jazeera.

Another bastion for total independence is what is known as guardianship. This is a system where a husband, father, brother or son is the one who has the rights to grant permissions on behalf of a woman and she is reliant upon this guardianship her entire life. However, one instance where guardianship is not needed is with obtaining a driver’s license and driving, though women must ask for permission to travel. It has been protested in the past but it is not clear whether there is a movement to abolish the guardianship system entirely.

According to Financial Times, a professor of education, Fawziah al-Bakr, wrote in a local newspaper about the mentality shift for women upon this momentous occasion, “Saudi women will be finally able to enter a previously prohibited zone which is thinking by themselves and for themselves, and making decisions in a second that could be the difference between life and death.”

Arab News reported that it is estimated there are 9 million potential new customers among the kingdom’s eligible female drivers. Six million are expected to apply for a license. The interior ministry said it received more than 120,000 applications for driving licenses as of Sunday.