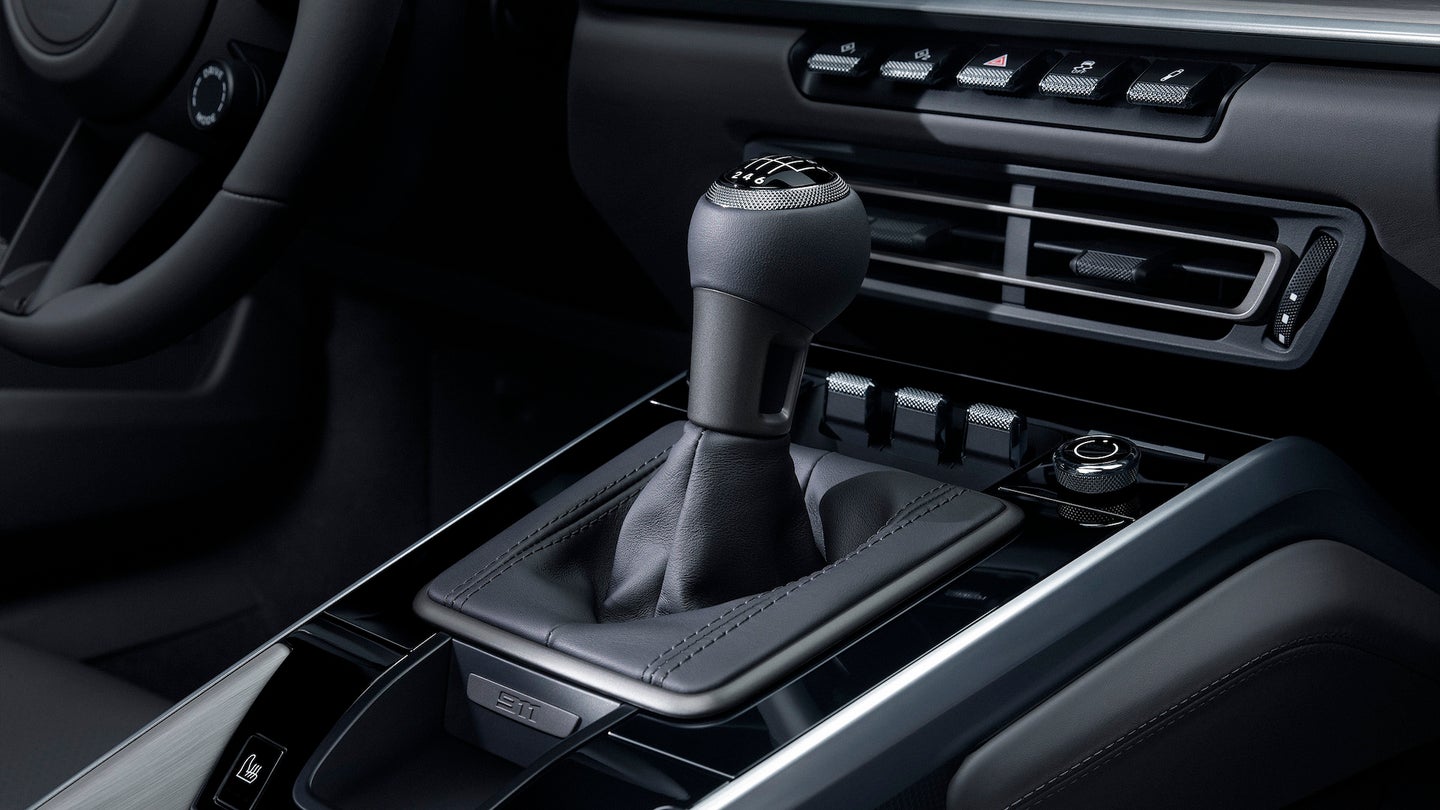 Porsche has confirmed that it will continue to offer manual transmissions as no-cost options for its new generation of 911 Carrera (known to its fans as the 992).

By default, most 2020 911 Carrera S models will be built with eight-speed PDK automatics, though customers can substitute the three-pedal, seven-speed option for nary a cent. This transmission will be available on the rear-drive S and all-wheel-drive 4S, in both coupe and cabriolet forms, though it'll be available on the Carrera S and no less according to Road & Track, which reports that the base Carrera will be automatic-only.

Despite this manual transmission shrinking the Carrera S's weight by a reported 84 pounds, its fewer gear ratios, longer shift times, and lack of automated launch control means the manual 992's zero-to-60 time swells from 3.3 seconds to around four. Top speed seems to slip as well; PDK 992s have been recorded cracking an indicated 200 miles per hour, whereas manual-equipped cars are only promised to be capable of "over 190 mph."

This isn't to say the manual Carrera S is by any means slow—it isn't—and until the inevitably faster members of the 992 family come along, this'll be the most engaging version available, thanks in part to the Sport Chrono Package. This adds active engine mounts, auto rev-match, and multiple driving modes, including Normal, Sport, Sport Plus, and a customizable Individual setting. Manual 992s will also forego the PDK's electronic limited-slip differential (LSD) for a mechanical LSD with Porsche Torque Vectoring.

A “spartan” aesthetic plus an Emory-Rothsport Outlaw-4 equals we’re too poor.