Fiat's beloved roadster could be put on the back burner as the company refocuses its near-future efforts on family cars and urban movers. 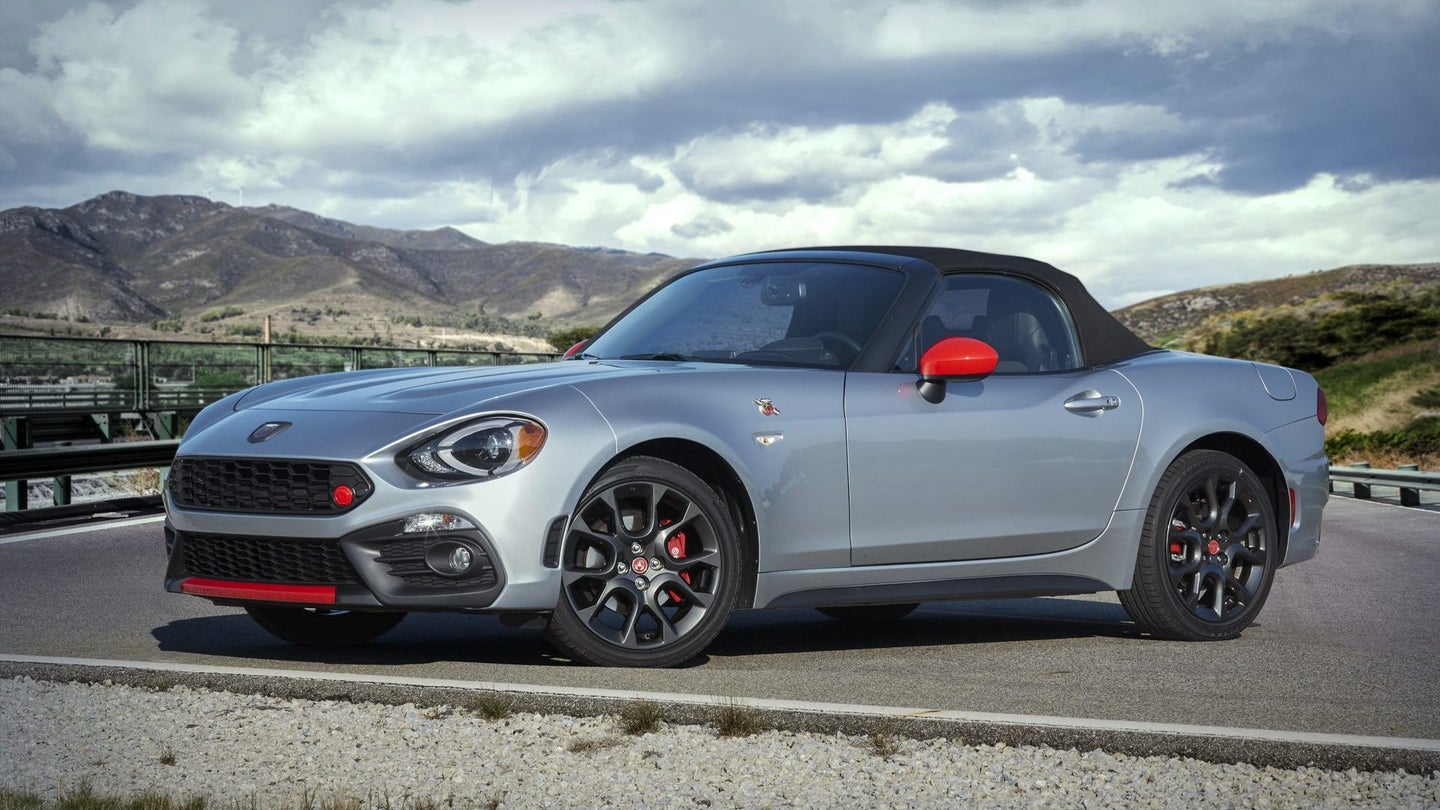 It seems that the Mazda Miata-based Fiat 124 Spider’s days might be limited. Autocar recently spoke to Fiat CEO Olivier François, who said that his outlook on the sports roadster looks bleak, unsurprisingly from slow sales.

The Fiat 124 and its sportier sibling, the Abarth 124 Spider, are reportedly so slow to move from dealer lots in the U.K. that Fiat withdrew the model altogether. Both remain on sale throughout the rest of Europe and the U.S.

“The 124 market is a niche one,” François told Autocar. “It is profitable business for us—but only because of the joint venture. It was an opportunity and we took it.”

Fiat was able to revive its beloved 124 nameplate after teaming up with Mazda for a collaboration, with Fiat utilizing the current Miata platform as a starting point for the current 124. This saved on research and development costs for Fiat, but such savings were apparently negated by fluctuations in global currency conversion rates and the increasing costs of having to ship powertrains from Italy to Japan for the 124’s final assembly next to the Miata in Hiroshima.

Although the 124 shares the same Mazda NE/NF platform as the current “ND” Miata, it's further distinguished by using a Fiat MultiAir turbocharged 1.4-liter four-cylinder.

“It makes money and it adds a certain cool factor. But I accept that such a car may not be key to the future of the brand,” François continued. “It is not what I’d call a pure, absolute Fiat, but for now, it remains an interesting opportunity.”

François also admitted that he understands that sports cars don’t really make the company any money. However, he also knows that a car like the 124 is important to the brand so it’ll remain with Fiat’s interests and on the company’s radar, but it’s not going to be a priority project in the coming years.