What would we ever do without the Mazda Miata’s European half-brother? 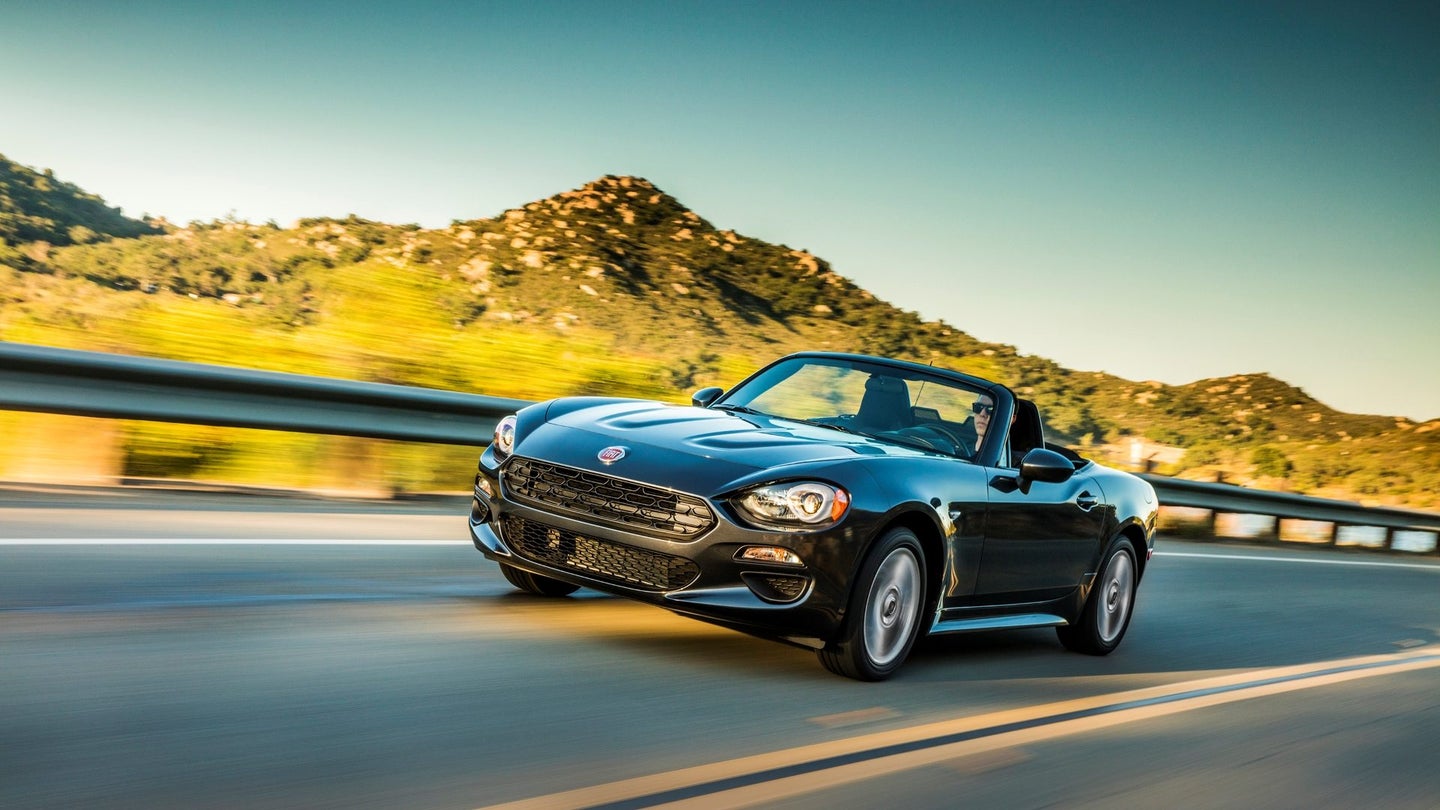 In the wake of Fiat Chrysler's merger with Groupe PSA, a new report has surfaced alleging that Fiat's 124 sports car will be getting the ax. To be sure, The Drive reached out to FCA and found that, at least in North America, the tossable roadster will be sticking around for the foreseeable future.

According to Italy's Gazzetta Motori, the Mazda Miata-based Fiat 124 Spider will no longer be produced citing incompatibility with the "mass market" and just 4,000 presumably Italian copies sold in the three years it's been on the market, hot Abarth version included. When reached for comment, however, a Fiat spokesperson told The Drive in an email that "For North America, production continues for our Italian-designed, fun-to-drive 2020 Fiat 124 Spider."

That being said, the 124's death would not have come as a huge surprise considering another report earlier this year hinting at its demise and the fact that it's already bowed out of the U.K. market. It's also important to remember that even if Fiat was putting an end to the 124's days, those in the market for a small, rear-drive roadster can always buy its platform sibling. It's highly unlikely Mazda would cull the MX-5 from its lineup considering it's been selling the little convertibles like hotcakes since 1989. Imagine the internet riots that would ensue.

This isn't the first time recent overseas reporting has claimed the death of an FCA sports car only for the company's North American arm to reply, "Nah, son." Just last month, the Alfa Romeo 4C Spider was rumored to be discontinued. An FCA spokesperson told us that in the U.S. at least, production would go on.