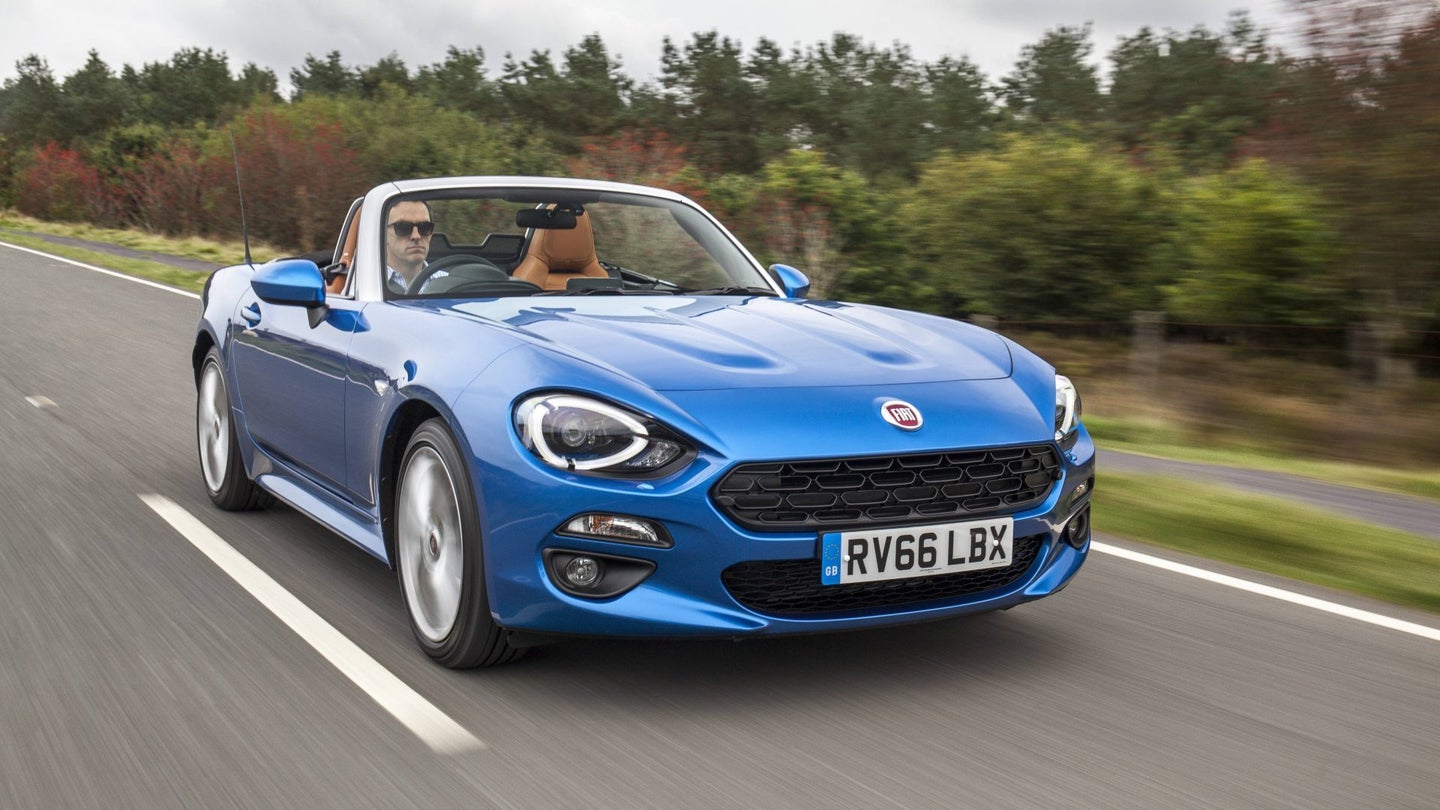 Just two years after its introduction, Fiat has suddenly, and without explanation, stopped selling the 124 Spider in the United Kingdom. First spotted by Autocar, the Italian automaker has removed the Mazda-based roadster from its U.K. website. The hardcore Abarth version, however, remains officially on offer.

While an explanation from Fiat Chrysler is yet to be obtained, Autocar speculates that the move has something to do with Europe's tightening WLTP emissions regulations. Upgrading and tweaking the 124's relatively aged 1.4-liter Multiair turbo engine so that it could be sold legally in 2019 may not have been worth the investment.

The report points out that the other two FCA products that have used this engine, the Alfa Romeo Giulietta subcompact and Jeep Renegade, have since ditched the motor for smaller and presumably more eco-friendly units.

The Drive has reached out to Fiat U.K. for an explanation and will update this story when we hear back.

The Fiat 124 Spider is the Mazda MX-5's badge sibling. Sharing a platform and identical interiors, the Fiat differentiates itself with its own engine and exterior styling. If Autocar's emissions theory is correct, we couldn't help but wonder if the problem couldn't be solved by shoving Mazda's new, improved, and very good 181-horsepower engine from the 2019 MX-5 under the hood of the Fiat.

Anyhow, the 124 Spider made 138 horsepower from its little 1.4-liter, a figure that gets bumped to 164 here in North America. The more raucous Abarth version gets 168 horsepower, Abarth badging, a louder exhaust, and an optional black hood.

All three 124s received a wheel, tire, suspension and exhaust upgrade for their adventure at Bondurant.