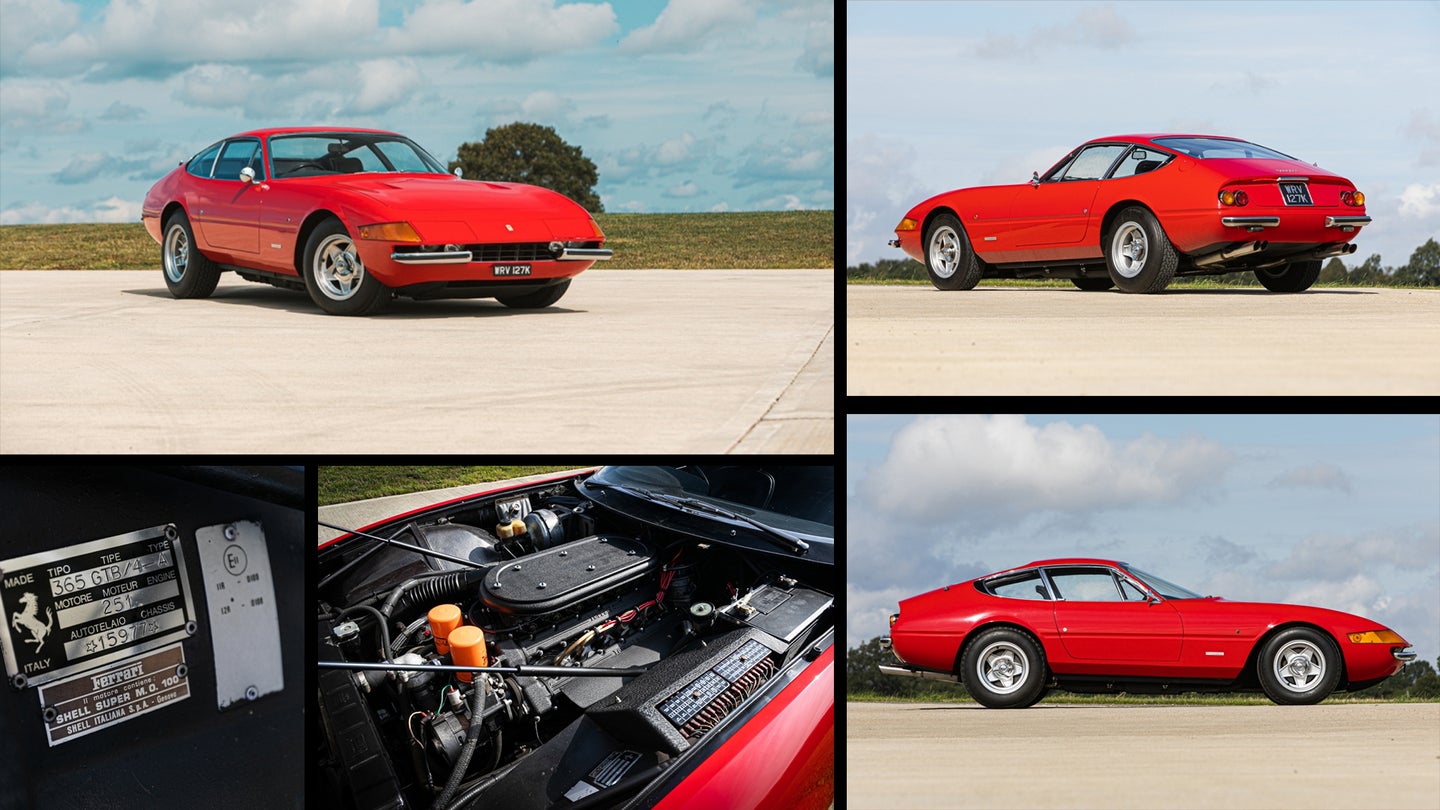 Sir Elton John is known as one of history’s greatest pop stars but as someone who's spent so long at the top, he has also become quite the seasoned car collector. Soon, you’ll be able to bid on one of his former prized possessions as a 1972 Ferrari 365 GTB/4 Daytona coupe once owned by the legend himself will be hitting the Silverstone Auctions in the coming weeks.

According to the listing and its documentation, John took delivery of this 365 GTB/4 on Aug. 3, 1972, through Maranello Concessionaires Ltd. It’s said to be one of just 158 365 GTB/4s produced in right-hand drive for the U.K. market, and it's supposedly the first Ferrari ever purchased by the celebrity.

He was a bright and blooming talent at the time, allegedly rewarding himself following recent success with his Goodbye Yellow Brick Road album at the ripe age of 26. The car reportedly remained in his possession until 1975.

After Sir Elton John sold the car, it changed hands multiple times through various members of the Ferrari Owners’ Club, with one individual owning the car for 16 years. That owner reportedly managed his prized Daytona in a cost-no-object manner, keeping it garaged and maintained as if it just rolled off the assembly line. And in 2017, the car’s interior was reupholstered in the same factory-specified Black Connolly Vaumol leather as when it was sold new. Its Rosso Chiaro red paint remains original, however.

A full stack of service records accompanies the Ferrari, along with the car’s original build and order sheets, the delivery letter made out to Sir Elton John himself, and every itemized invoice for every maintenance job performed. On top of it all, the documentation also confirms the car’s matching numbers from the factory as well as the car’s displayed 82,000 miles.

So it’s clear Sir Elton and its previous owners really enjoyed the car by driving it, rather than letting it sit as a garage queen. But even with the mileage, Silverstone Auctions says they estimate that it’ll sell for around $585,000.

Despite what you might expect, the headlamps are not tinted pink.