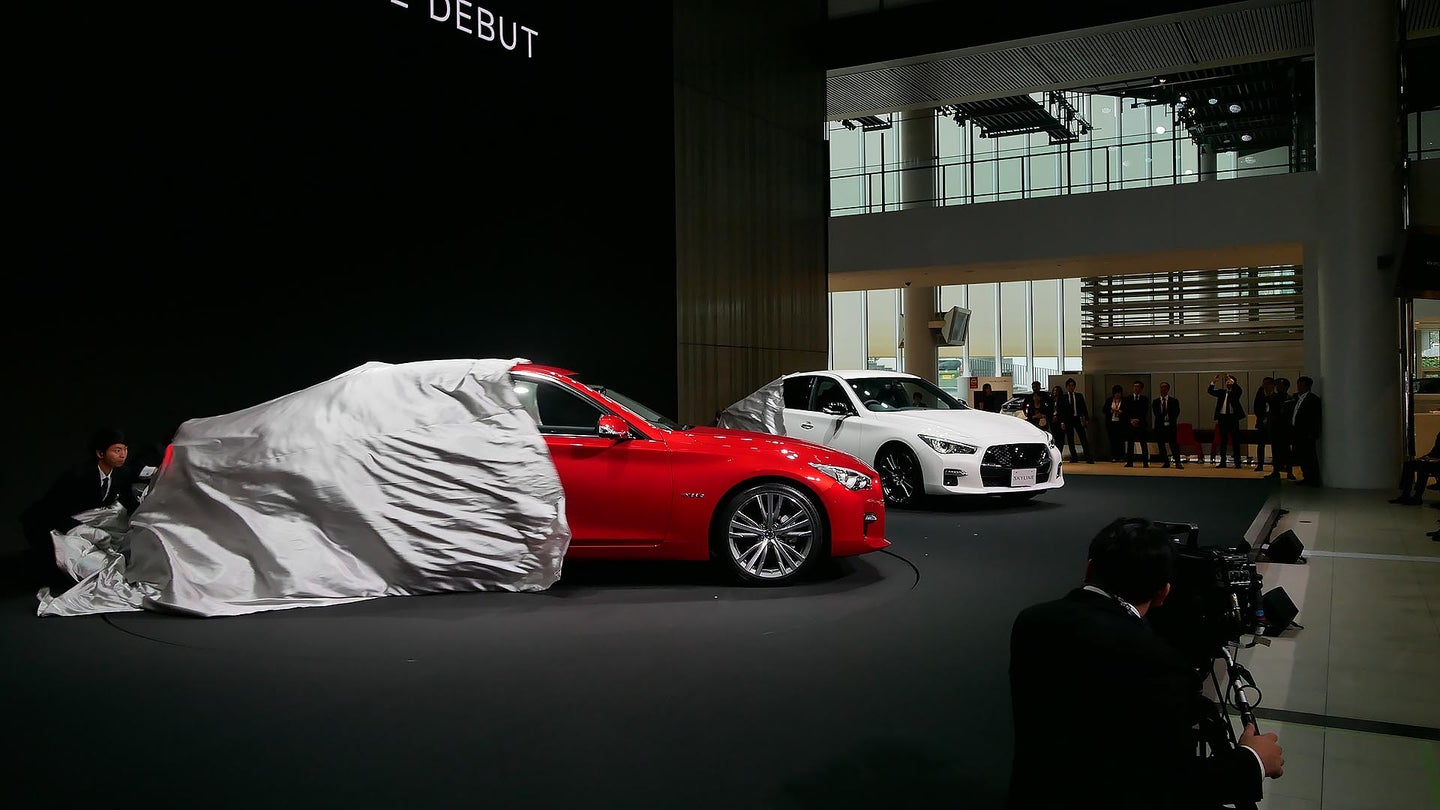 As this article is going up on The Drive, Nissan is introducing at its HQ in Yokohama a refreshed version of its Skyline sedan, meant for the Japanese market. That wouldn’t be something to write home to America about, would the Skyline not come with an advanced ADAS system under the hood. Nissan unashamedly brands its ProPILOT 2.0 as “the world’s first next-gen driver assistance system,” which should get a rise out Elon Musk when he reads this.

What definitely is a first is that drivers can legally put their hands into their laps when their new Skyline travels down Japan’s expressways. Japan’s regulator could not be convinced to approve absolutely autonomous lane changes. For legal reasons, the driver still needs to signal consent, the rest of the maneuver can be relegated to the robot.

Asleep behind the wheel is not allowed: A monitoring system makes sure that the road ahead has the driver’s full attention. As the raft of sleeping Tesla drivers on YouTube attests, this is yet another feature lacking in the Silicon Valley car.,  In a Skyline, dozing drivers will receive their wake-up calls. The robot will try to get the driver's attention, "and if the driver does not respond, the vehicle will automatically turn-on the hazard lights, and pull over," the Skyline's Chief Engineer Shigetoshi Tokuoka explained today. "An operator will inquire about the driver, and will alert police or an ambulance, if necessary."

On-ramp to off-ramp, the Skyline can transport its passengers on full auto. The “navigated driving,” as Nissan calls it, is handled by the car’s robot, which takes its cues from a high-definition map, a Japanese GPS-system with centimeter resolution, and a rich array of cameras, radars, and sonars for 360-degree acuity. Parked next to a Skyline, a Tesla would develop serious sensor-envy.

The on-board maps are updated automatically via OTA, and they work even once you have parked the car. When you are on foot to your final destination, the pedestrian navigation is handed over to your smartphone. Connectivity is provided by Japan’s mega-provider DOCOMO, and ample bandwidth is delivered on-board via an in-car hotspot. After all, now you can legally text and tweet while driving.

The frontal 150 degrees of the car fall under the supervision of a long range radar system, and a a tri-focal camera  with 150 degree, 54 degree, and 28 degree focal angles. The full 360 degrees around the car are monitored by four shorter range radars, four around-view cameras, and 12 short range sonars.  The car does not have LIDAR, why is described in-depth in an article I wrote in May.  Tl;dr: Nissan doesn’t think that (still expensive and unwieldly) LIDAR is called for in this application, but it doesn’t rule LIDAR out in future models with even higher autonomy. Apart from the fact that the camera is provided by Intel’s Mobileye, Nissan’s engineers did not want to divulge further technical details.

In Japan, the ProPilot 2.0-equipped Skyline will be available in the last quarter of the year. In the rest of the world, it should become obtainable at some point as the Infiniti Q50. Nissan doesn’t sell Infinitis in its home market, well, it did a little bit with the previous-model Skyline that had an Infiniti badge in the grill. The badge has been removed, and this is how a strange chapter of brand-bastardization ends.