Only available in Japan for the moment, Nissan’s new hands-free driver assistance system will eventually be available across the automaker’s lineup. 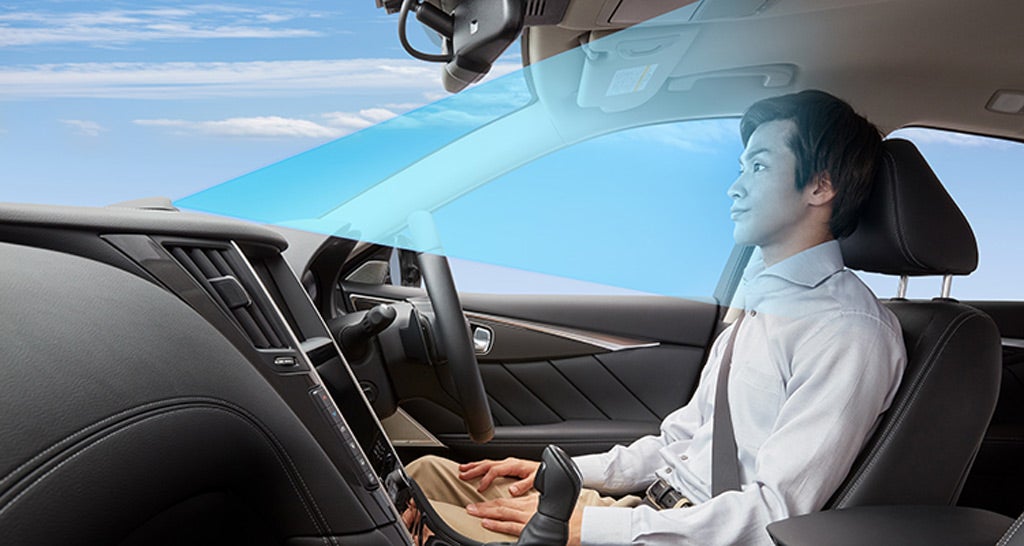 Positioning its newly announced ProPILOT2.0 as “the world’s first next-gen driver assistance system,” Nissan today massively triggered Tesla’s CEO Elon Musk and his many fans (if they were paying attention.)

“We are talking of hands-off driving, and navigated driving,” said Nissan’s newly-minted technology boss and Executive Vice President Kunio Nakaguro today during a press briefing at the company’s HQ in Yokohama, Japan. “I think we are the only ones that offer these two.”

The first part of the assertion definitely stands out. On Japanese freeways and in a Nissan, drivers will be able to take their hands off the wheel without colliding with the law. As an industry first, Nissan secured permission from Japan’s usually extremely stringent MLIT regulator for ProPILOT2.0 drivers to hand the driving completely to the car, as long as it scoots down one of the country’s many (not so) freeways. You may take your hands off the wheel, and no nanny will nag you. You may peel and eat oranges instead of sticking them into the steering wheel, a way, if YouTube is to be believed, to fool a Tesla into thinking you are hands-on.

Tesla fans are likely to take exception to the second part of Nakaguro’s claim of world supremacy. The “navigated driving” part of the new ProPILOT2.0 pretty much sounds like what Tesla calls “Navigate on Autopilot.”  According to Nissan’s press release distributed this morning, “upon activation using a predefined route, [Nissan’s] system will assist the driver with traveling on a multi-lane highway until reaching the highway exit on a predefined route — helping to handle passing, lane diversions and lane exiting.”

Echoes of Tesla’s Navigate on Autopilot that is sold by the company as “an active guidance feature for Enhanced Autopilot that, with driver supervision, guides a car from a highway’s on-ramp to off-ramp, including suggesting and making lane changes, navigating highway interchanges, and taking exits.”

Even the limitations seem are similar. When both cars want to initiate a lane change on full auto, the driver must give permission. In Nissan’s case, it is a regulatory limit, MLIT did not want to go as far as allowing lane changes without asking the driver first. “We could, but they don’t let us,” a Nissan manager whispered at the sidelines of the event.

Tesla and Nissan both eschew LIDAR. Nissan forgoes the rotating laser-beam with a little less conviction than Elon Musk, who likes to call LIDAR “a crutch,” and who pronounced that “anyone relying on lidar is doomed.” [When Naomi Tajitsu of Reuters asked Nakaguro what he thinks of LIDAR, he picked his words carefully. At the price of being less quotable, he kept his options open.

“We have radar and cameras,” quoth Nakaguro-san. “I don’t think there are current LIDARs offering more advantages. We don’t see the need to incorporate LIDAR at this juncture.” His sensor array works the same during night and day, he added.

[Ed: Nissan confirmed that Nakaguro's LIDAR comments were related to limited-domain automated driving systems like ProPILOT 2.0 that can be marketed in private-sale vehicles today, rather than a sweeping disparagement of LIDAR in all automated driving systems. This contrasts strongly to Musk's comments, which suggest that LIDAR is unnecessary for the Level 5 "Full Self-Driving" capability that Tesla hopes to bring to market next year. Most automakers agree with Nakaguro's statement that lidar is unnecessary for current highway-only automation/assistance systems but that it becomes necessary for full Level 4/5 autonomy in more complex domains.]

Elon Musk considers high precision GPS maps a “really bad idea.” Nissan thinks they are wonderful. ProPilot2.0 makes use of HD maps with centimeter precision, made possible in Japan through the country’s MTSAT quasi-zenith satellite system. Not only are the maps precise down to fractions of an inch, each ProPilot2.0 car knows exactly where it is “in the lateral direction within centimeters, longitudinal within a meter,” Nissan’s Iijima said. The map data reside in the car’s computer, data are updated over-the-air. Spokespeople of Nissan refused to disclose the supplier of the map data.

The system also will save money and time spent in re-education sessions for drivers flaunting the country’s strict 100 km/h (62 mph) speed limit on national expressways. Using map data, the ProPilot2.0 car can automatically observe speed limits. “For temporary changes, the camera reads the road signs and can override,” said Iijima. There even is something for those un-Japanese characters ignoring law and order. “If it is the driver’s intention to override the pre-set speed, then we let them,” Iijima explained. However, “the hands-free driving works only at the legal limit.”

The ProPilot2.0 system will first be available in the current Nissan Skyline (think Infinity Q50 outside of Japan) and only in the Japanese market. ProPilot2.0 will be added to new Nissans as they are introduced. A wide distribution of the system seems to be guaranteed. The ProPilot 1.0, introduced in 2016, is now available in seven Nissan models, down to the diminutive Nissan Days “kei” car, accounting for over 350,000 ProPilot-equipped vehicles on the world’s roads.

As close to Tesla’s Autopilot it may sound, Nissan’s ProPILOT2.0 promises something totally different: A democratization of high tech at lower prices, AI for the rest of us, even for buyers of a kei car that starts at $11,500 – for the whole car, not just for the computer.

Also, today’s event was a welcome change from the dark clouds emanating from Nissan ever since someone decided that it is smart to throw your chairman in jail. Probably out of fear that instead of writing about cars and tech, those nasty journos would demand Nissan CEO Saikawa to step down, Nissan initiated a near-total blackout on good news In the post-Ghosn period. Nissan had an early and good start with electric cars and autonomous tech, a reputation that got lost in the scandal.  Let’s hope Nissan is back to its old moxie.

Speaking of which: “Starting with next year, we are going to introduce new battery technology,” Kunio Nakaguro mentioned off-hand without providing further details.