Nissan's best-selling vehicle gets some important updates for 2021. 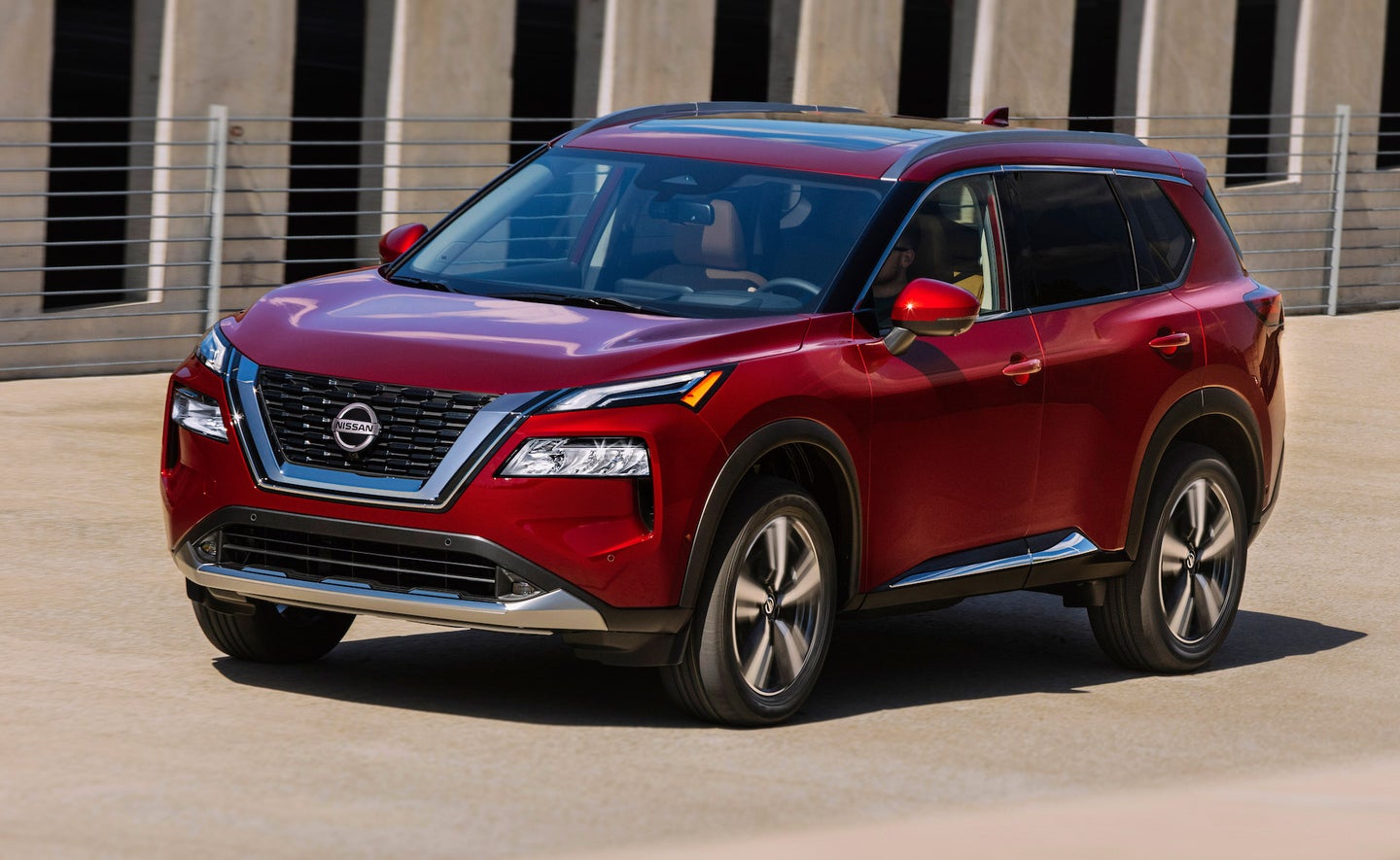 There’s a lot on the line for Nissan as it begins to roll out new and updated vehicles for the 2021 model year, and none are more important to the company than its best-selling vehicle: the Rogue. Via virtual unveiling event, Nissan pulled the covers off its 2021 Rogue and highlighted a long list of new features, and leading the way was the automaker's new Pro-Pilot Assist with Navi-Link.

The updated system effectively brings seriously advanced driver safety tech, the kind usually reserved for high-dollar luxury rides, at a considerably lower price to the masses. It will be available in the crossover's top trims, including the all-new Platinum trim, and will use the navigation software to help Rogue drivers anticipate changes in the road ahead and to adjust features like adaptive cruise control settings in response to such.

A great illustration of why this is a big deal is the behavior exhibited by traditional adaptive cruise control systems. If you are driving on the right lane and prepare to take the off-ramp with your vehicle set on adaptive cruise control, once you switch lanes and there is no longer a slower vehicle in front, the car will automatically accelerate to its preset top speed. This can be undesirable for a bunch of reasons, mainly because accelerating indiscriminately into what might be a sharp curve or possibly a stoplight or toll booth isn't exactly safe. ProPilot Assist with Navi-Link helps the new Rogue avoid those situations. Navigation data tells the vehicle when a curve or junction is approaching and will proactively reduce speeds or help the driver slow down for a freeway exit. Nissan also bumped the Pro-Pilot stop-and-go hold time for vehicles equipped with the navigation-linked system. It has been increased from three seconds to 30 seconds, which allows the vehicle to stop and automatically restart without needing input from the driver. Before, the system would require the driver to restart the vehicle if stopped for more than a few seconds. The system uses traffic sign recognition to set cruise speed and can adjust itself up and down accordingly.

Those features position the Rogue at the top of the compact crossover pile, at least in terms of advanced driver assistance systems. Ford’s CoPilot 360 Assist system features an adaptive cruise and can manage stop-and-go situations, but only for three seconds, and it’s not going to help the driver recognize and adjust to upcoming changes in the road. Toyota and Honda both offer adaptive cruise in the RAV4 and CR-V, respectively, but neither system has a stop and go feature that can operate without input from the driver.

Nissan hopes that these optional safety upgrades, along with new tech and revamped styling inside and out, will be enough to keep the Rogue at the top of its sales charts. Pricing has yet to be released, but considering the range-topping 2020 Nissan Rogue cost around $33,000, it shouldn't be a huge departure from that—or so we hope.