The Sienna's first generational update in a decade electrifies the swagger wagon, with 243 horsepower and optional all-wheel drive. 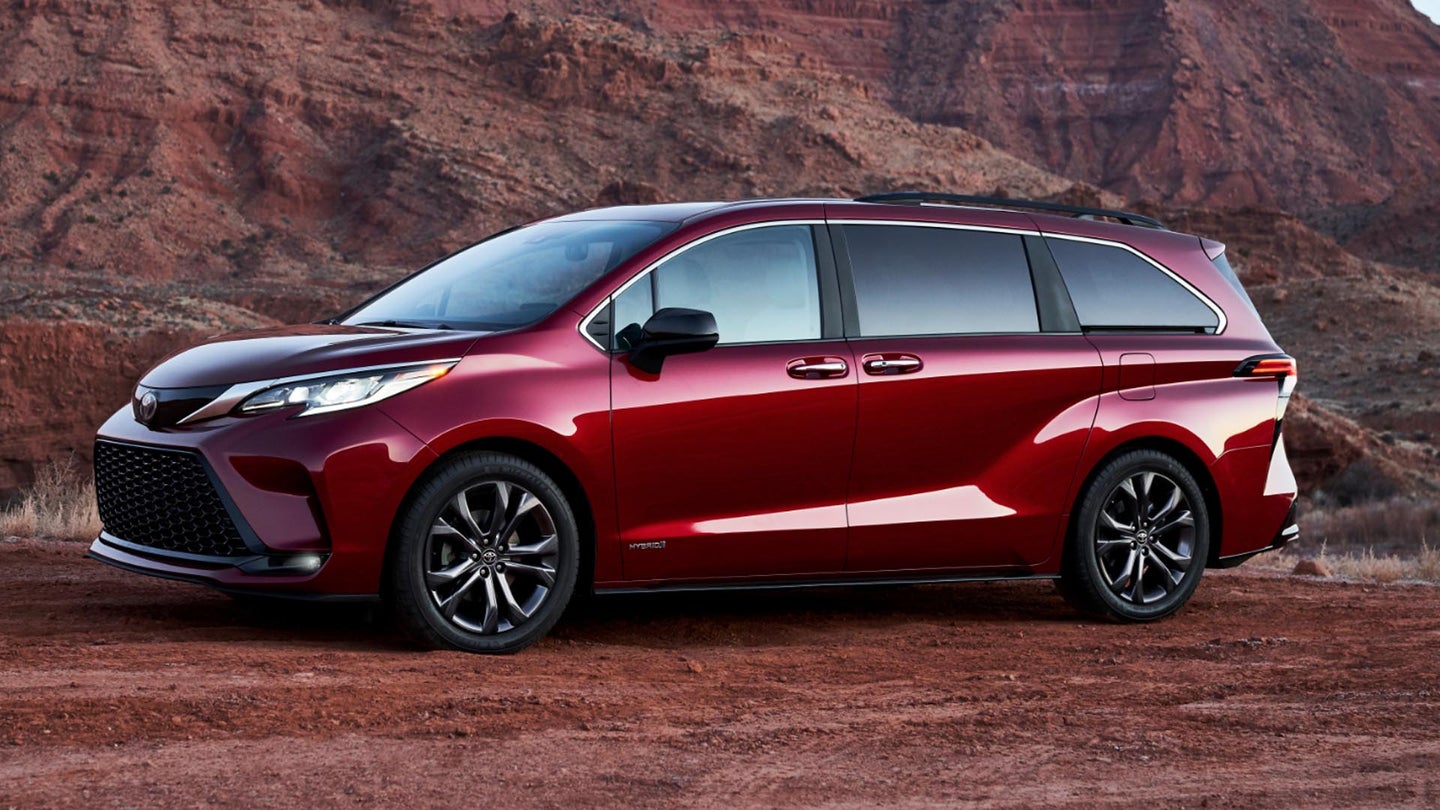 No type of vehicle hauls as many people as comfortably as a minivan, and the new fourth-generation, now all-hybrid 2021 Toyota Sienna was made with those road trips in mind. The Sienna's first generational update since 2010 features a more comfortable interior, unique exterior design, 243 horsepower and a combined 33 MPG, all out of a non-plug-in hybrid system.

That's better gas mileage than the plug-in hybrid Chrysler Pacifica's combined 32 MPG, but in a simpler package that won't require owners to install a pricey plug at home to fully charge.

While this Sienna is new, it rides on a now-familiar Toyota modular platform: TNGA-K, which underpins the Camry, RAV4 and Highlander. The fourth-generation Sienna features an all-new electrical platform that integrates a 2.5-liter four-cylinder engine with two electric motors on the front axle.

Selectable EV, ECO, Normal and Sport modes allow you to go electric-only, drive extra-miserly or drive more spiritedly, depending on your moods and needs. Simulated gears in the transmission allow you to "downshift" to increase regenerative braking.

All-wheel drive is available on all trim levels, but a Toyota representative explained that it wasn't made standard since it's an added cost that not every buyer wants to spend. If you want it, the e-AWD system that comes on the van is pretty neat, adding a third electrical motor on the rear axle. There's no bulky transfer case in the middle this way, and Toyota says that it can instantly and smoothly send power to the rear wheels as needed. For a quick start, up to 80 percent of the van's power can be directed to the rear wheels.

It's a sharper-looking van inside and out, with defined wheel flares, a front end inspired by Japanese bullet trains and even optional 20-inch wheels. Toyota focused on adding more creature comforts so your van doesn't have to feel like such a utilitarian appliance. It has seven USB ports and up to 18 cupholders. A 10-inch color heads-up display comes standard. There's an optional refrigerator available, as well as an optional onboard vacuum when kids spill whatever they grabbed out of said fridge—both of which come standard on the new luxury Platinum trim.

Some of the other options are pretty swank, too, including four-zone climate control, hands-free open and close sliding doors and rear liftgate, digital rear-view mirror that lets you see through passengers or cargo that may be in the way, 360-degree camera to scan for obstacles, wifi, 1080p HD rear entertainment system, and for the first time in a minivan, a power tilt and telescoping heated steering wheel. There's also a 12-speaker, 1,200-watt amp JBL audio system to drown out pets, relatives or whichever sicko keeps playing The Birds during grackle season.

The 2021 Sienna comes in seven- or eight-passenger configurations, with two captain's chairs in the middle and an optional stowable middle seat. Toyota offers extra-long 25-inch sliders for the dual heated captain's chairs, which are available with ottomans for maximum mid-row lounge-ability. The built-in "Driver Easy Speak" system that lets a driver speak (or yell) to the rearmost occupants like it's their own personal PA system carries over from the third generation, too.

The van also comes standard with blind-spot monitoring, a standard back-up camera and the Toyota Safety Sense 2.0 suite of driver aids: pre-collision system with pedestrian detection that can automatically brake for you to prevent a crash, dynamic radar cruise control, land departure assist (or warning, if you'd rather it not steer for you), automatic high beams, lane trace assist and road sign assist. Ten airbags and rear-seat occupant detection remind drivers to check the back seats shutting off the car round out the necessary safety systems.

On top of all that, the Sienna can tow up to 3,500 pounds and offers an optional 1,500-watt inverter with a 120-volt AC outlet. Toyota designers saw their van as a popular power source for tailgates, camping trips and other outdoor activities. Who needs an RV?

Mind you, Toyota's press release on the Sienna also notes, "Toyota called the third-generation Sienna a 'swagger wagon,' but the 2021 model takes it to a whole new level." Bless their hearts, if they don't give us a new "swagger wagon" rap with awkwardly posing parents and kids who definitely aren't allowed to listen to Busta Rhymes' other songs, then all of this work glowing up the minivan will be for naught. Naught, I tell you! Naught. 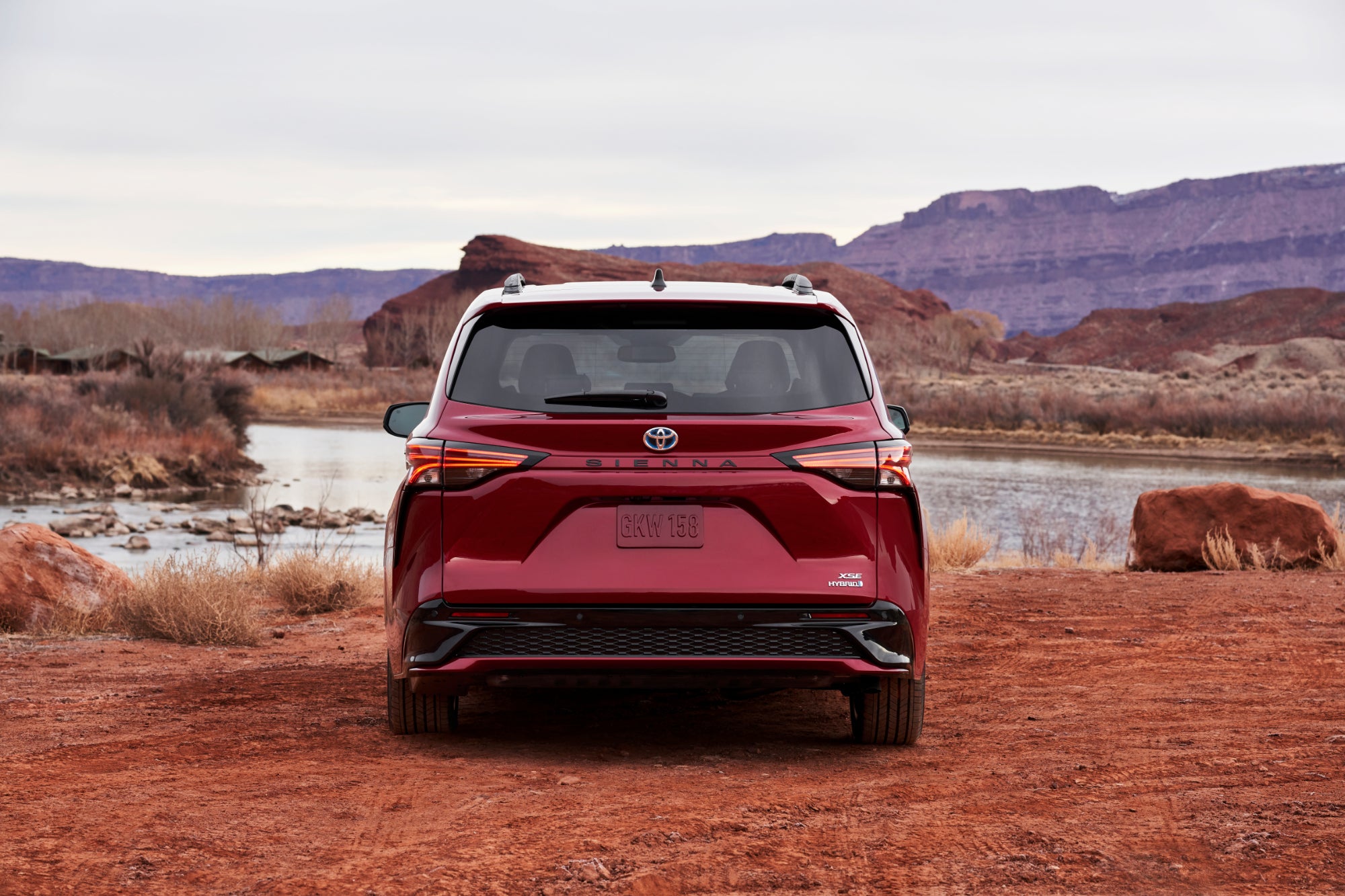 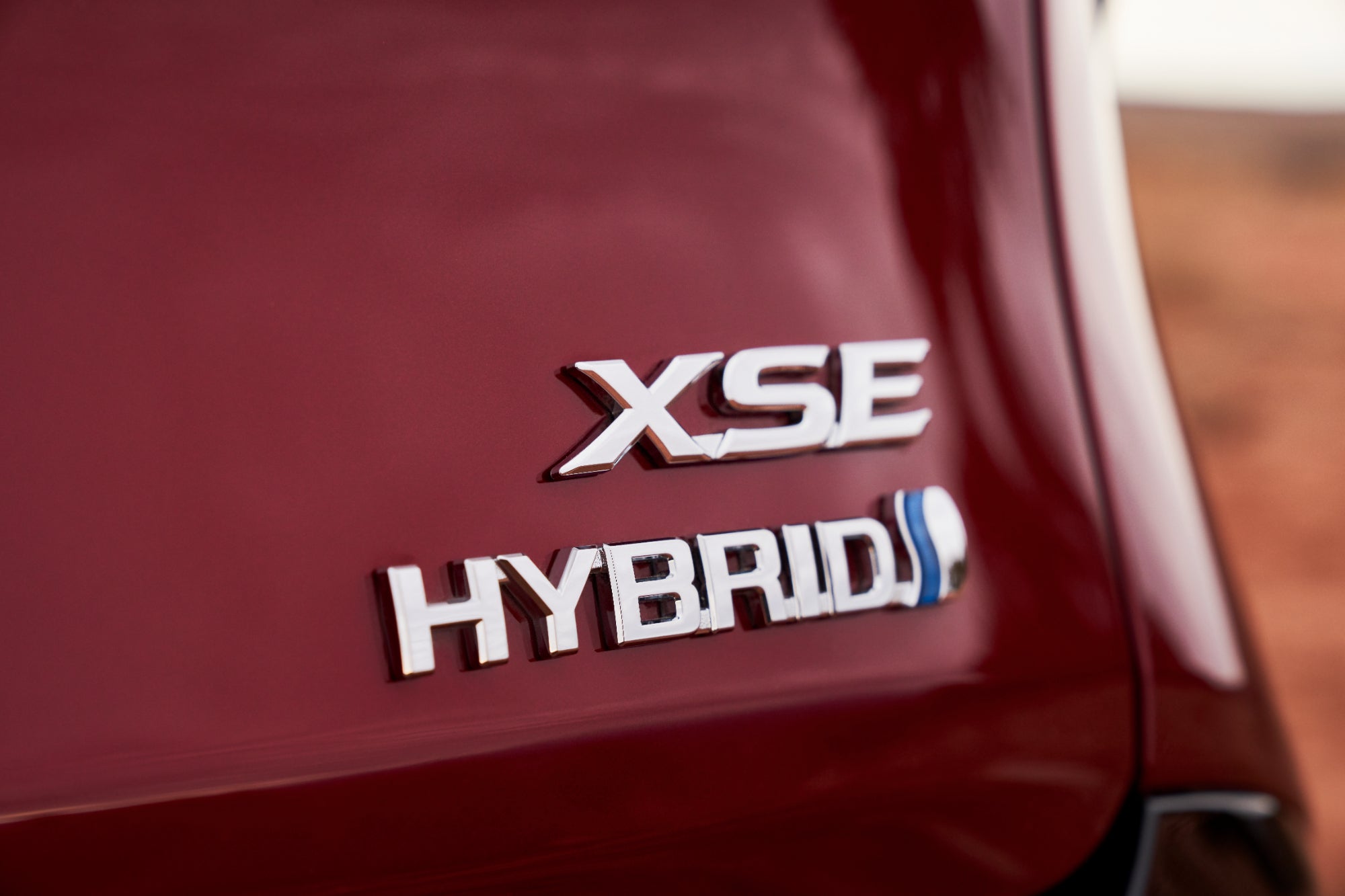 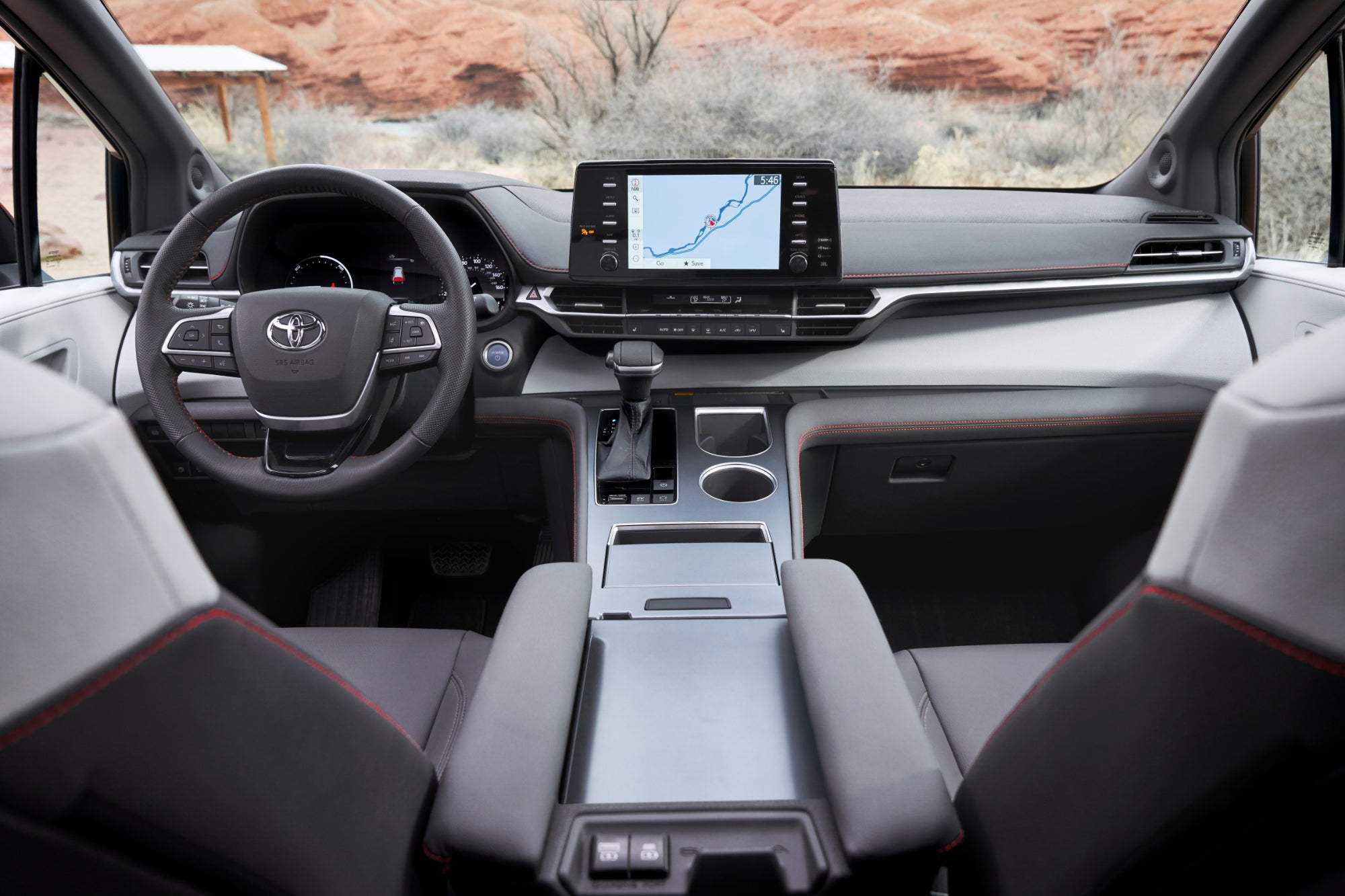 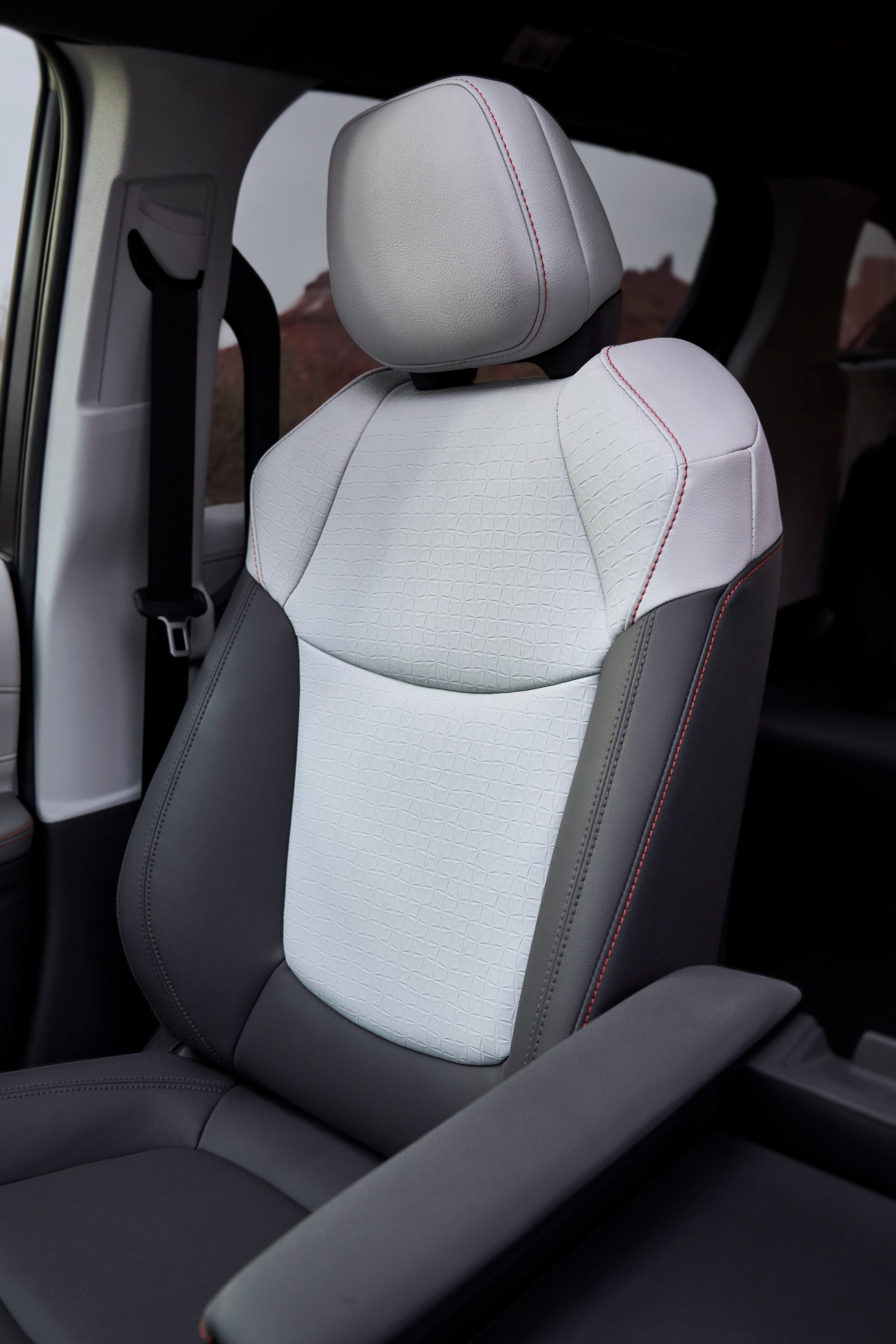 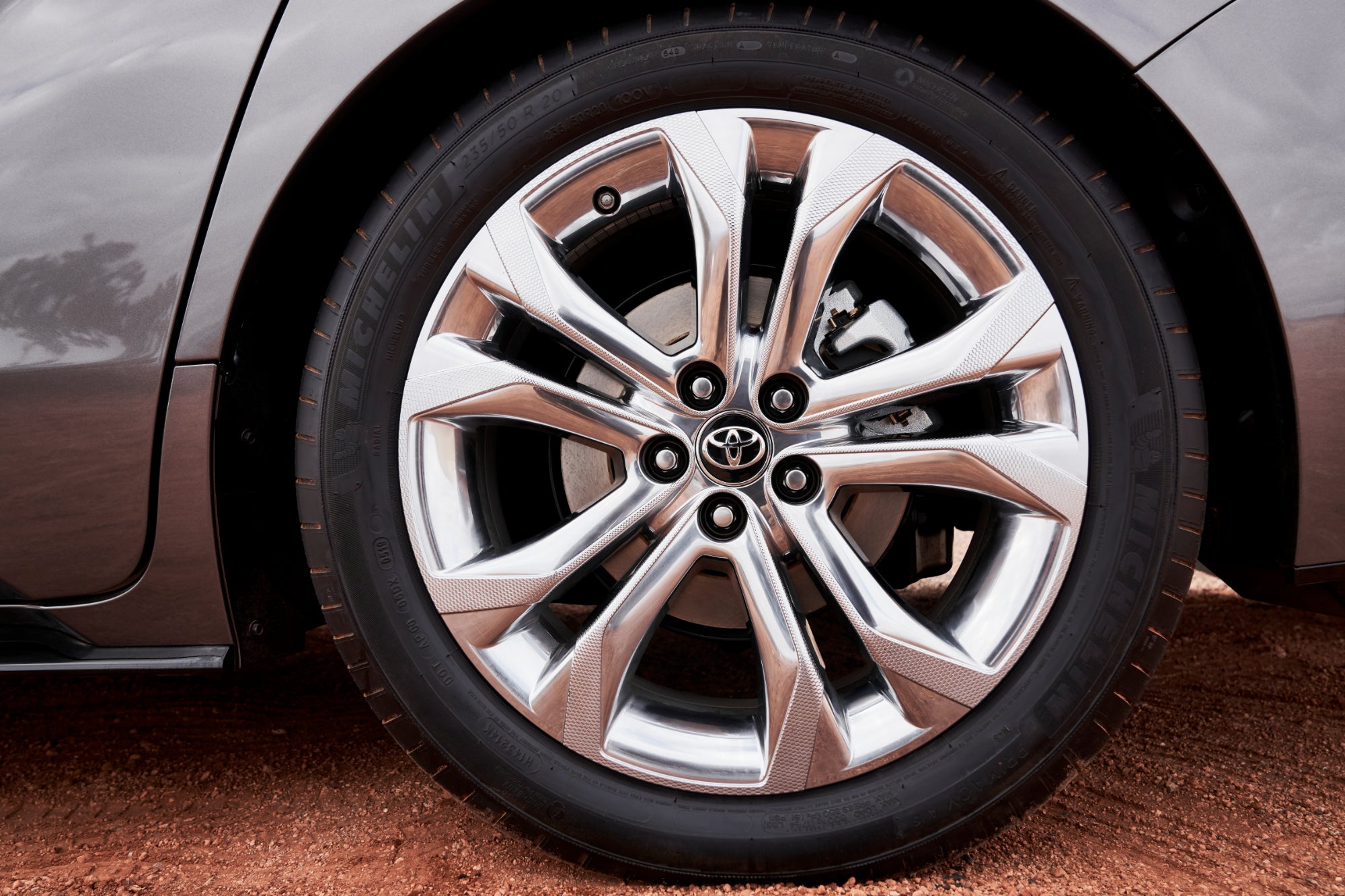 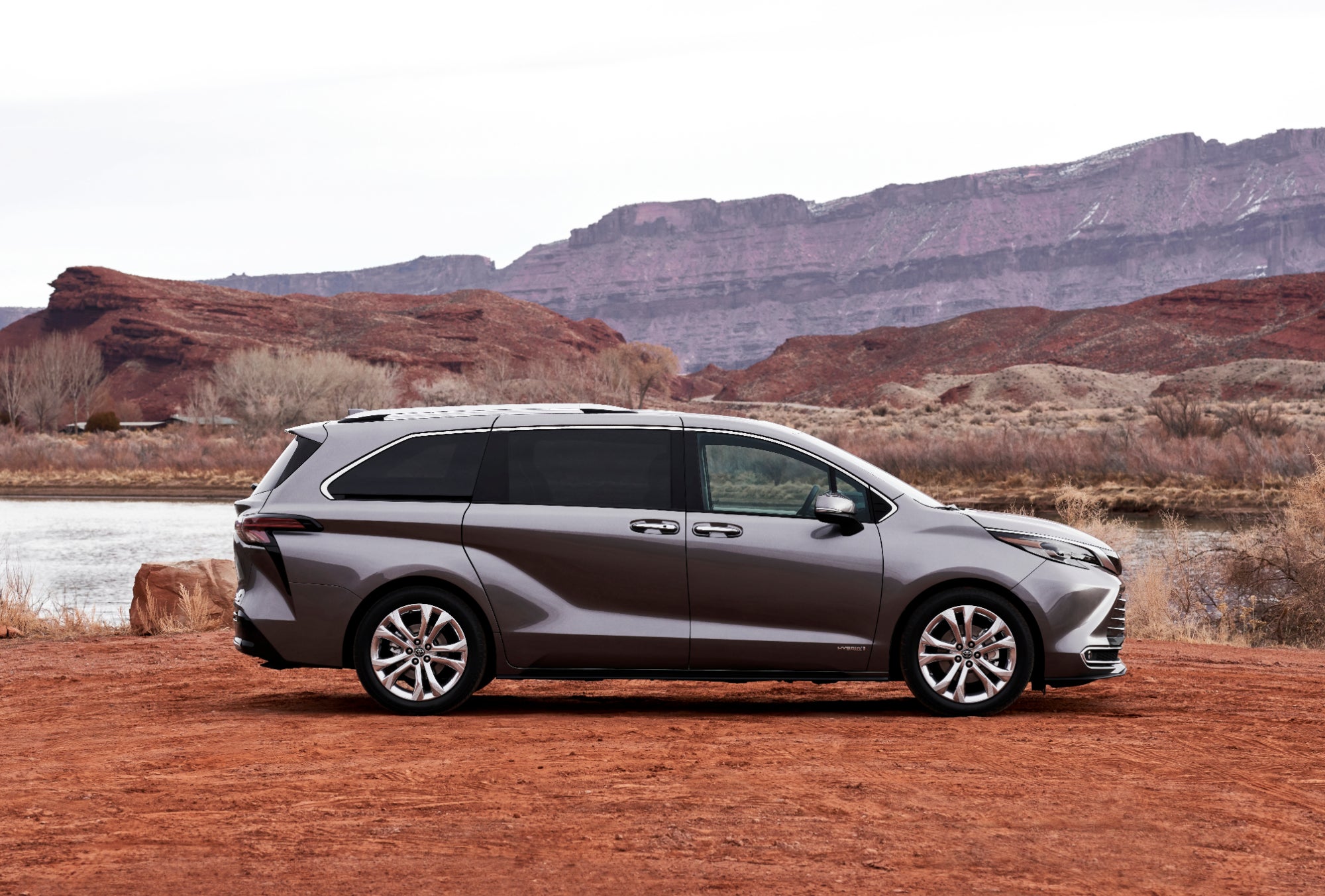 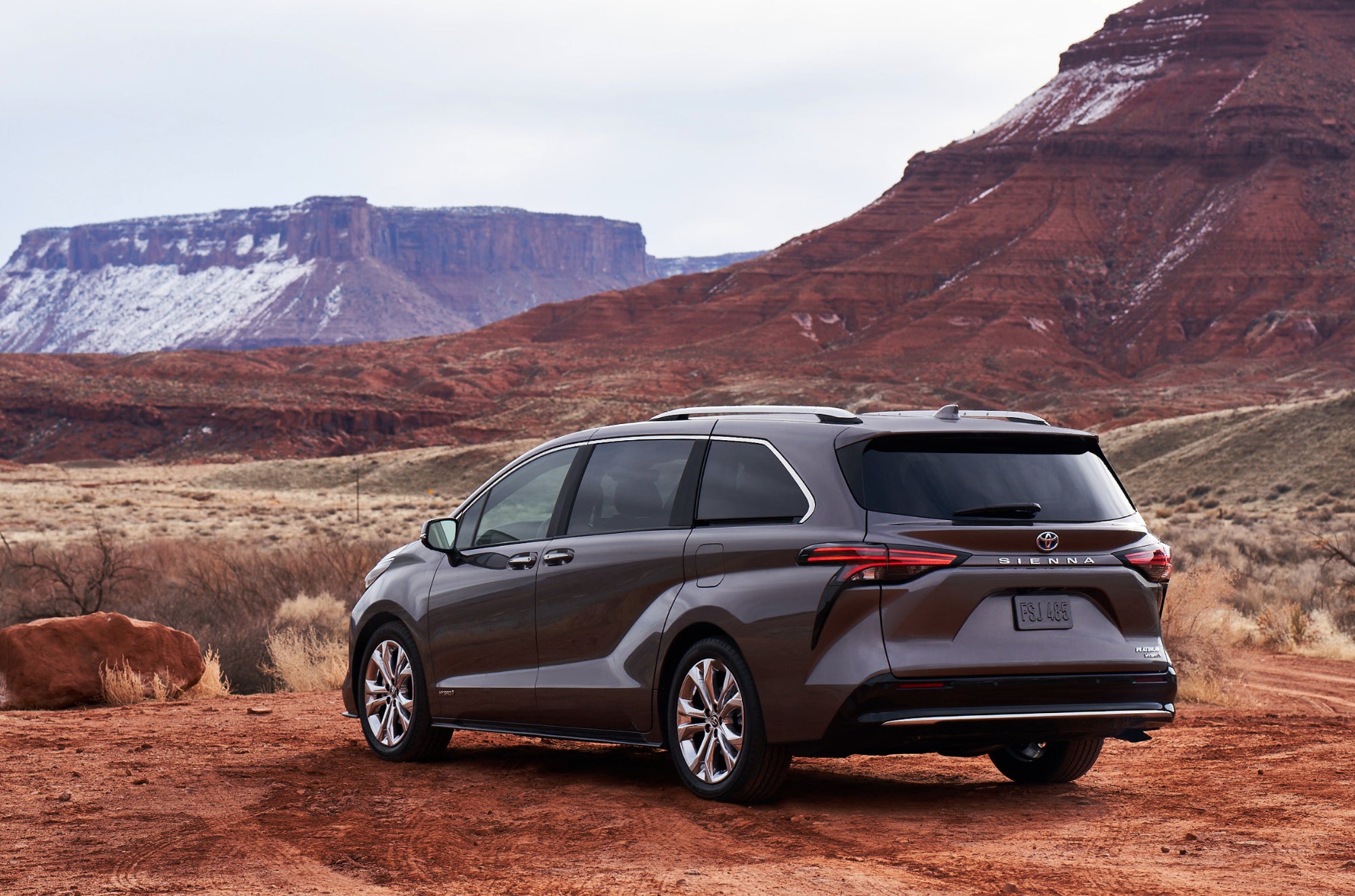 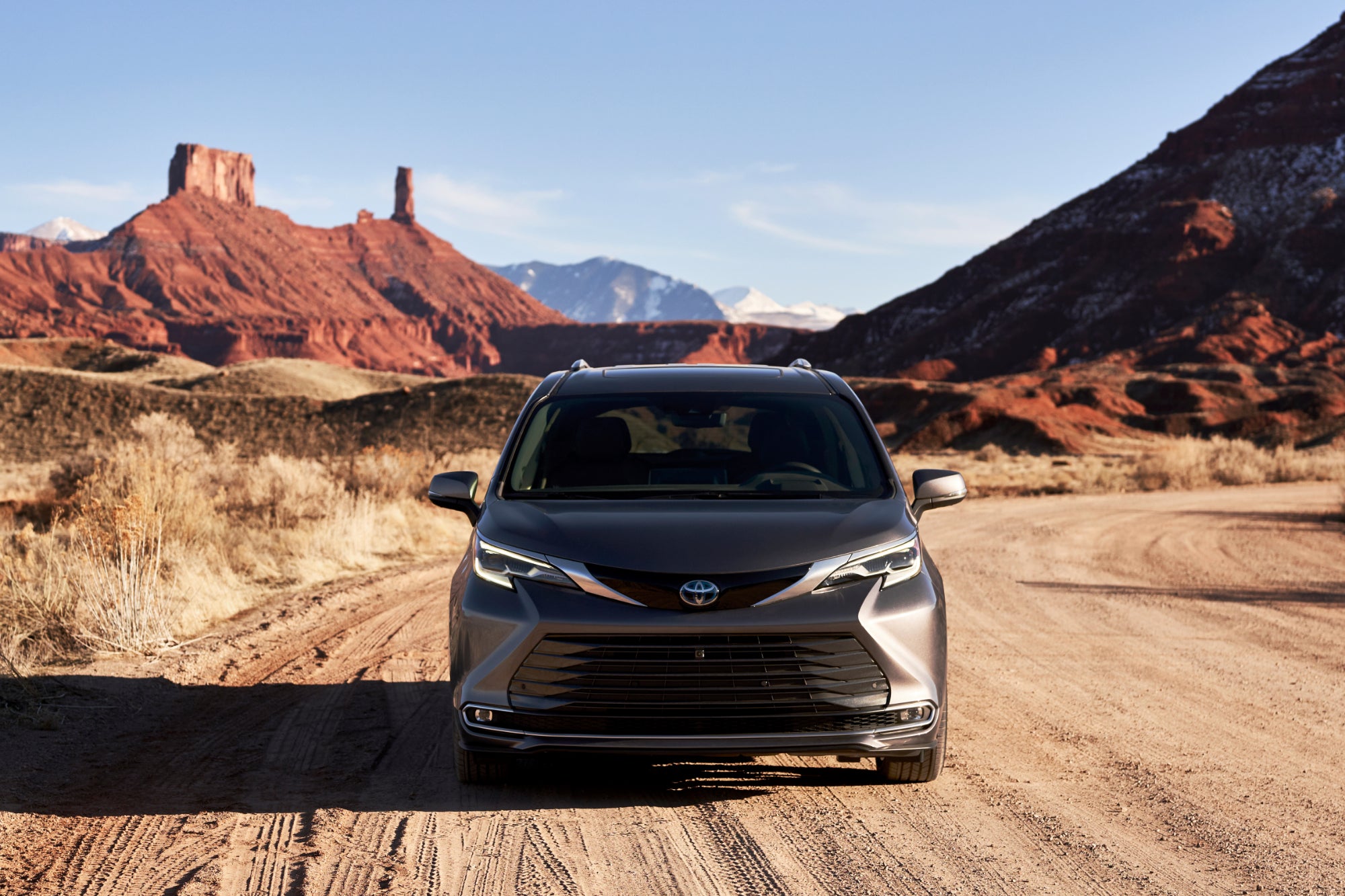 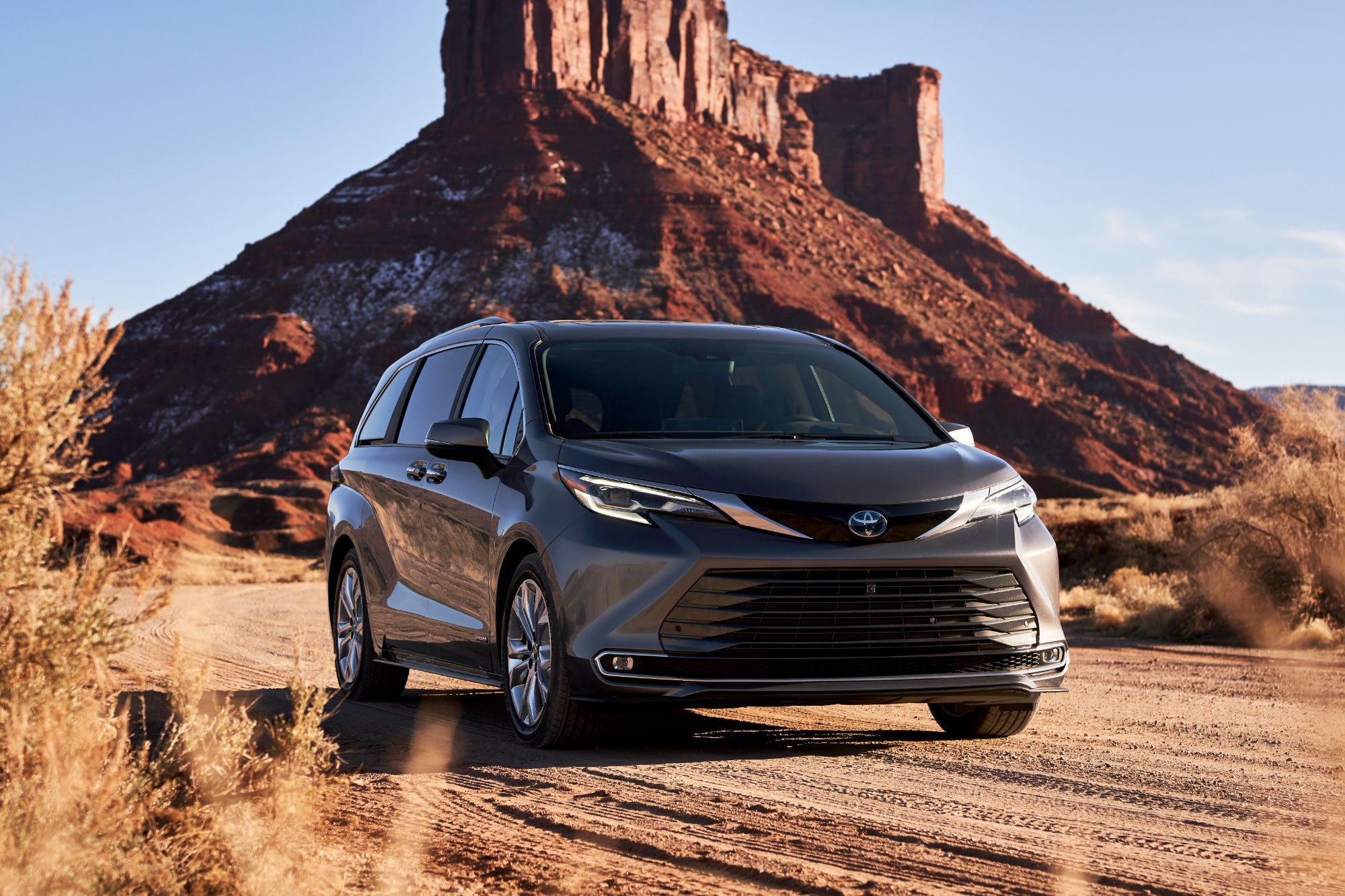 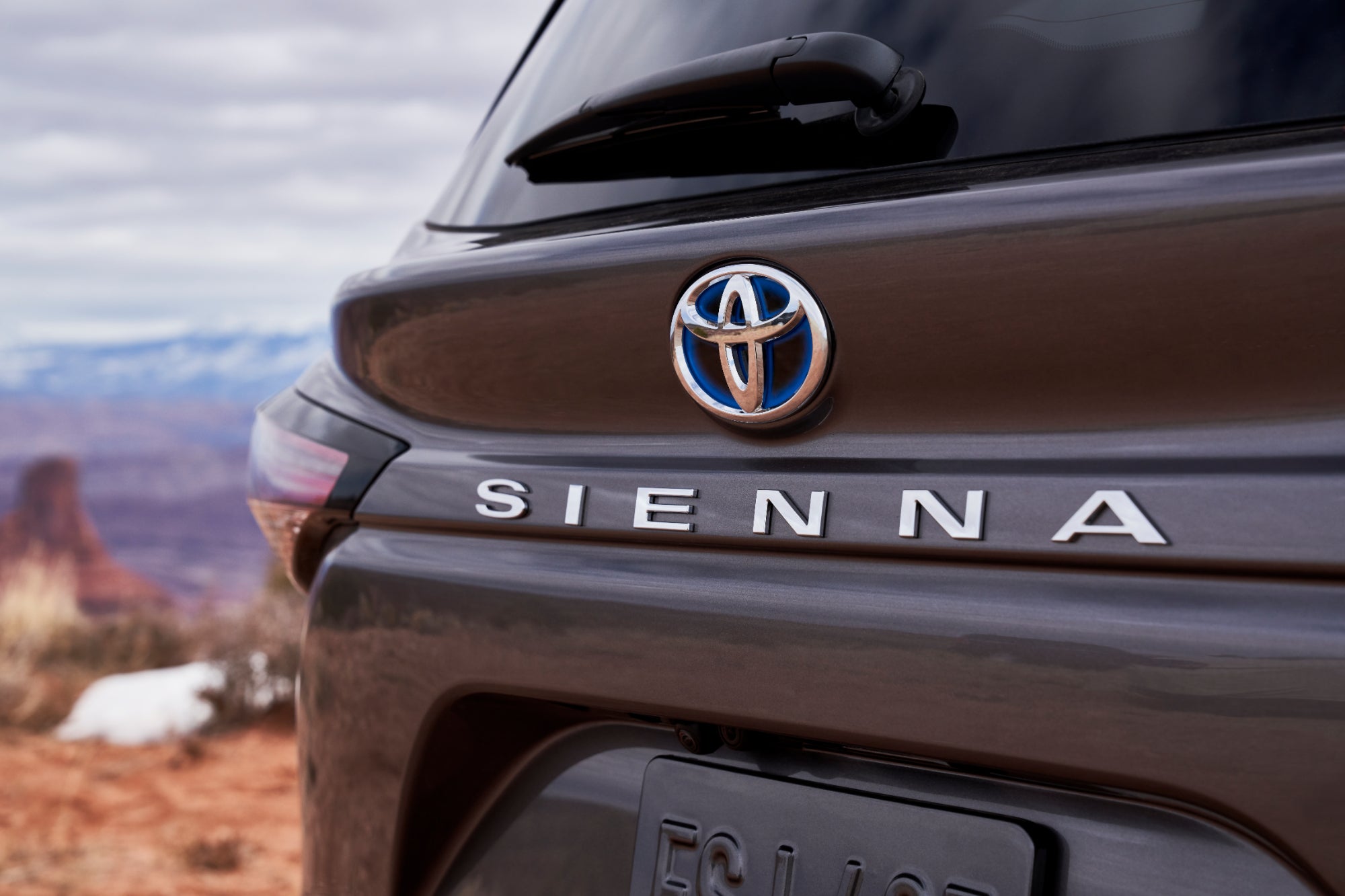 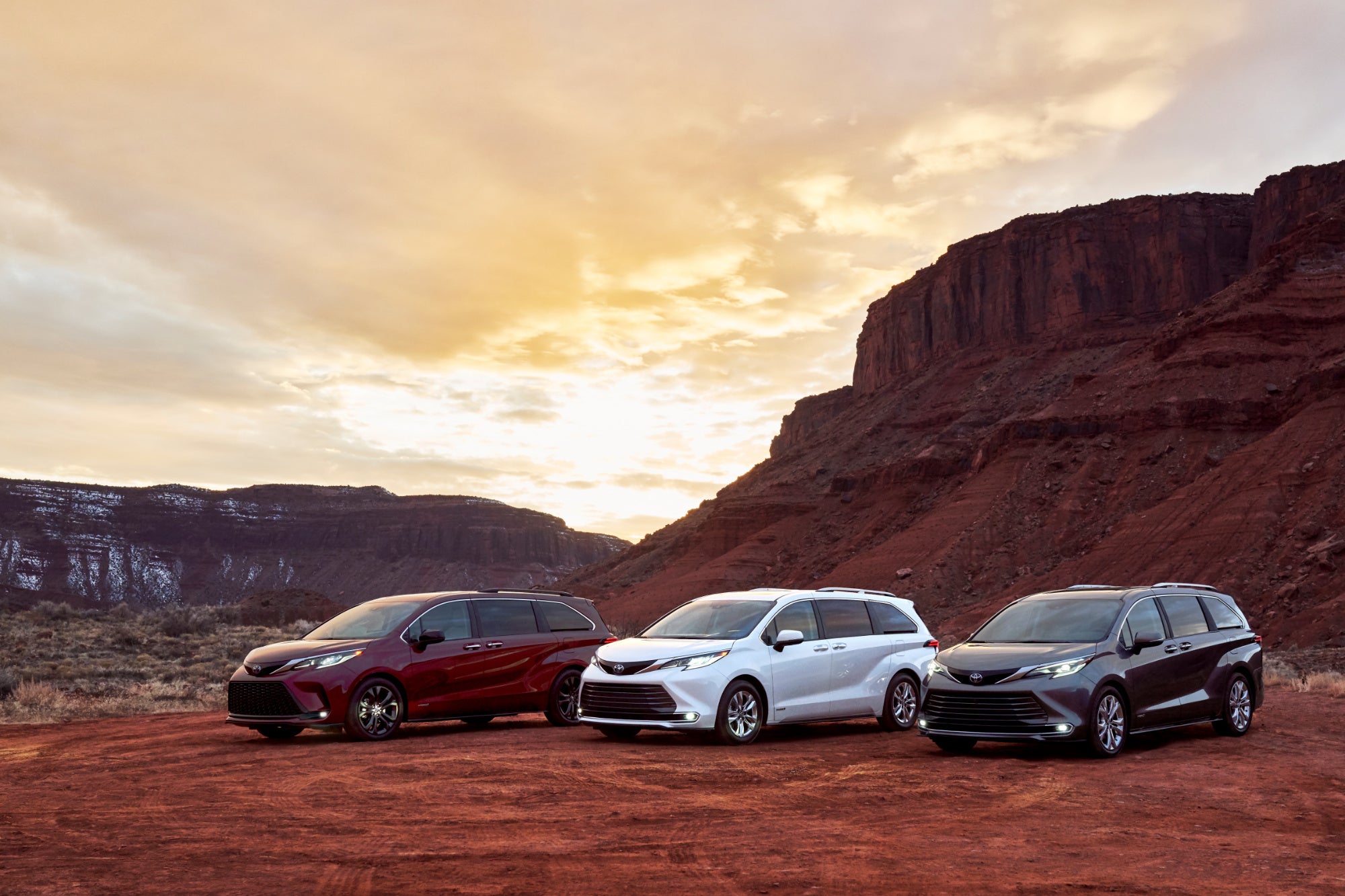